Envisioning the ACS Council of the future

In 2026, the American Chemical Society will celebrate the 150th anniversary of its founding. In 1876, the society’s governance structure consisted largely of a few officers, a council of 16 members, and a couple of committees. When ACS was incorporated in New York a year later, a board of directors replaced the council. Under the constitution of 1890, ACS added an advisory council as a grassroots, representative system. The council’s role then, as it is today, is to serve as the popular, deliberative assembly of ACS, advise on matters pertaining to the general management of the society, represent their constituents at the national level, and receive and deliver information via two-way communication with the board and the committees.

Since 1890, the council has grown to nearly 500 councilors, most of whom are elected to represent local sections or divisions. Councilor duties include serving on national committees as well as the executive committees of their local sections or divisions and attending two face-to-face council meetings per year at the national meetings. This is where they hear reports from the officers of ACS and from leaders of council-related committees, participate in elections, and discuss and vote on proposals for action brought forward by committees or groups of councilors.

The working group is looking at models to make the council nimbler and more responsive to the society.

In addition, the council sometimes engages in discussion on a special topic. However, the council has become too large to effectively serve its purpose as providing a forum for meaningful discussions between councilors, creating opportunities for increased input from ACS units, and providing occasions for direct engagement with the board. Although individual international members may belong to divisions or align with a particular local section, there is no direct representation of international members or international chemical sciences chapters on the council.

In 2016, a Joint Board–Council Policy Committee Task Force on Governance Design was charged with positioning ACS for the future by reviewing and recommending actions to improve the current national governance structure, which dates back to 1948. The goals of the task force were to use the expertise of member volunteers to streamline decision-making and strengthen ACS’s position as the preferred place for all scientists aligned with the chemistry enterprise to publish, network, learn, and volunteer in the 21st century.

The task force proposed simplifying the constitution and bylaws, requested that other ACS committees explore—in accord with their respective charges—the next level of detail relating to the redesign of the committee structure, and clarified the board’s and the council’s roles and responsibilities.

The Council Policy Committee, which is the executive committee of the council, formed a Future Council Representation Working Group and invited the Committee on Local Section Activities, Committee on Divisional Activities, and Committee on International Activities to designate representatives to participate in the working group. The big-picture question to be addressed by this group is: “What would the council look like if we created it from scratch?” The working group has been engaged in discussions on establishing a long-range view of how ACS could restructure the council to represent ACS members more effectively and take into consideration the needs and interests of the local sections and divisions, as well as increase the percentage of international members (now at 19%).

To this end, the working group is looking at models to make the council nimbler and more responsive to the society, to serve more effectively in its advisory roles to the board, to create additional opportunities for grassroots involvement, and to determine how it can be more representative of our membership. Going forward, the working group will look at ways to address the following recommendations stemming from the Task Force on Governance Design’s report:

▸ Develop clearly defined roles, authority, communication, and decision-making pathways for the council to facilitate maximum interaction with the board and constituents about council actions, preferences, and concerns related to society business that fall within the purview of the council.

▸ Define the broad skill sets and stakeholder composition required for the council to define roles and authority.

▸ Ensure that the council is sized appropriately to facilitate meaningful internal discussion and direct interaction with the board and committees, while creating options for increased input from units.

We encourage councilors and other interested ACS members to share their ideas and provide guidance and input on models of a future council that equitably represents ACS membership in a manner that allows nimble and strategic decision-making. Please share your ideas at cpc@acs.org.

Views expressed are those of the author and not necessarily those of C&EN or ACS.﻿ 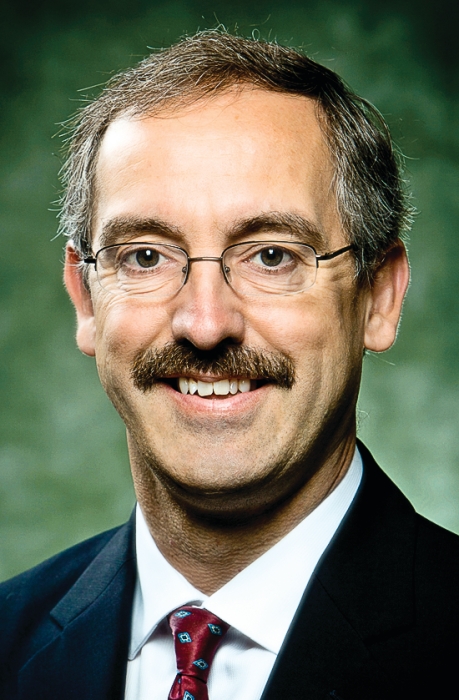 Policy
Advancing chemistry and the society: Service on ACS committees matters
Share X
To send an e-mail to multiple recipients, separate e-mail addresses with a comma, semicolon, or both.
Title: Envisioning the ACS Council of the future
Author: Lisa Houston, Vice-Chair, ACS Council Policy Committee
Chemical & Engineering News will not share your email address with any other person or company.