The vast majority of wildfires in California—about 84%—start in high-risk areas like campgrounds and along roadsides. A long-lasting fire retardant could mitigate the fires’ human and economic costs, but current formulations don’t adhere to grasses and other vegetation adequately to be used as a preventive. Researchers have now developed a fire retardant that can withstand rainfall levels that are typical during fire season (Proc. Natl. Acad. Sci. U.S.A. 2019, DOI: 10.1073/pnas.1907855116). The new formulation uses the same active ingredient that fire retardants have used for decades: ammonium polyphosphate. What’s new is the viscoelastic, cellulose-based fluid that carries the active ingredient, says Stanford University materials scientist Eric Appel, who led the study. This nontoxic fluid spreads more completely across vegetation than previous, water-based formulations and dries into a protective film. Even after exposure to rain, wind, and sun, the new retardant stopped fires from spreading on grasses. And brush piles sprayed with it burned at one-fourth of the speed of unsprayed ones. From the outset, Appel says, the team designed the retardant with ease of manufacturing and scale-up in mind. The work has sparked a start-up, Ladera Tech, which is partnering with state agencies and utility companies in California in advance of the next fire season. 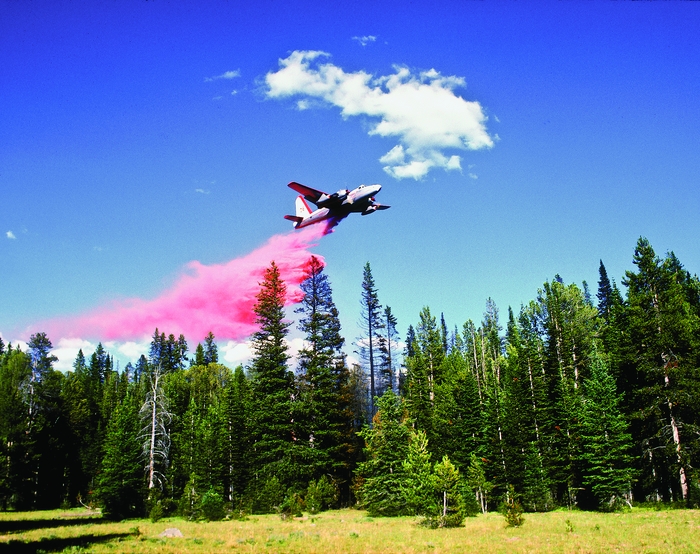 Environment
Seeing Red
Share X
To send an e-mail to multiple recipients, separate e-mail addresses with a comma, semicolon, or both.
Title: Long-lasting fire retardant protects grasses and brush
Author: Giuliana Viglione
Chemical & Engineering News will not share your email address with any other person or company.