Crystallizing a protein can be a shot in the dark. No one quite knows how protein crystals form, so researchers frequently must use trial and error to find the right crystallization conditions. Now, scientists have used cryo-electron microscopy (cryo-EM), the technique that took home the 2017 Nobel Prize in Chemistry, to watch the earliest stages of protein crystal formation (Nature 2018, DOI: 10.1038/nature25971). What they learned allowed them to generate one desired crystal form, or polymorph, selectively, which could be handy for protein structure determination or in protein drug formulation.

Crystallization starts with tiny clusters of protein molecules that act as seeds, says Mike Sleutel of Vrije Universiteit Brussels, who led the work. The clusters are too small to be seen with a light microscope, and they’re unstable. To address both challenges, Sleutel, Alexander E. S. Van Driessche of Grenoble Alps University, and colleagues opted to rapidly freeze their protein samples to halt molecular motion, and to get snapshots at various time points during crystallization with cryo-EM. Other techniques have provided a partial glimpse of crystallization, but nobody had tried cryo-EM on these types of samples before. “There were doubts we would even see anything,” Sleutel says.

They observed the protein glucose isomerase, which Sleutel has been studying for a decade, after they added reagents for initiating crystallization. Researchers know this protein’s structure and that it can crystallize into a diamondlike rhombic form or a rectangular prismatic form. Through their cryo-EM studies, Sleutel’s team learned that the path to each polymorph is different. The path to the rhombic form follows classic crystal formation theory; the smallest seeds detected were miniature versions of the full-sized crystals. In contrast, the prisms form by a multistep pathway that researchers hadn’t considered before. First, protein molecules assemble into linear nanorods. The nanorods group into fibers and eventually yield prismatic crystals. Seeing nanorods “made our jaws drop,” Sleutel says. “These particles were completely unexpected.”

In another surprise, the team saw nanorod fibers in samples that failed to crystallize. The samples had formed a gel, which is a dead end to a crystallographer, much like black tar at the bottom of a flask is to an organic chemist. However, when the researchers transferred a piece of the gel into a solution that had previously elicited rhombic crystals, prism-shaped crystals sprouted. The fact that the team got prisms instead of rhombic crystals suggests that gels can be used as seeding agents specific to a given polymorph.

The team found another way to generate one polymorph selectively. By examining the cryo-EM images and the protein’s known crystal structure, they determined which amino acids on the protein’s surface make intermolecular contacts in each of the two crystal forms. By mutating these amino acids, they could destabilize one form and promote the formation of the other. The study was limited to just one protein, but the team hopes to apply the technique to others, Sleutel says.

Peter G. Vekilov, who studies protein crystal formation at the University of Houston, calls the research “outstanding.” Others’ work, including his own, suggests that protein crystals form from an amorphous, liquid-like state. Vekilov thinks the disordered state may still be present in these crystallization pathways, but he says that doesn’t diminish the impact of the team’s results, especially the surprising discovery of the nanorod pathway. If the amorphous state were present, Sleutel says cryo-EM should be able to detect it , but after hours of looking, he and his colleagues did not observe it.

According to Karen Allen, a crystallographer at Boston University, getting the right crystal form is of utmost importance for some studies. For instance, sometimes researchers want to get a structure of a protein bound to a given molecule and one crystal form blocks access to the site at which the molecule would bind. Scientists already tweak protein surfaces to enhance crystallization, “but nudging crystals toward a specific form has not been reasonably approachable,” she adds. She cautions, however, that the team’s mutation strategy for polymorph control was feasible because the team already knew glucose isomerase’s three-dimensional structure. Sleutel acknowledges that the gel strategy is more universal because it doesn’t require prior knowledge of the protein’s structure.

The findings could be “hugely valuable” to drugmakers seeking one specific polymorph, says Naír Rodríguez-Hornedo at the University of Michigan College of Pharmacy. Different polymorphs may have different solubilities, an important factor in formulation, she explains, and the insights in this work could prevent valuable material from being wasted on trial-and-error screens of myriad crystallization conditions. 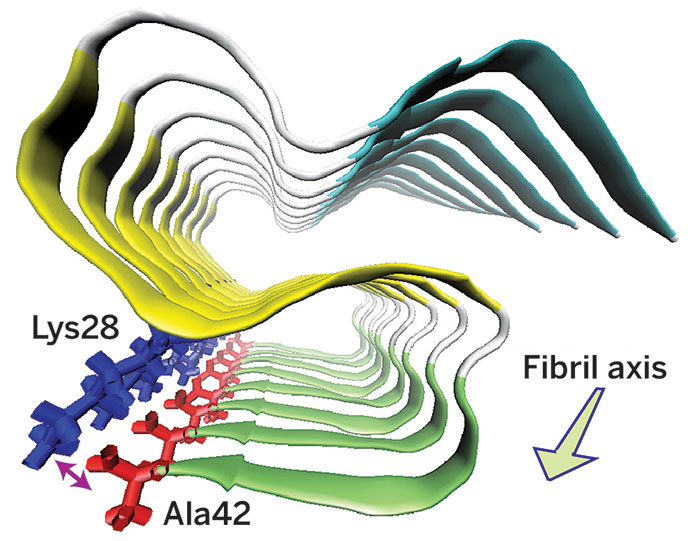