by PATRICIA SHORT AND ALEX TULLO 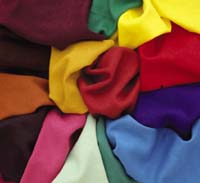 Although the DyStar purchase price was not revealed, chemicals analysts estimate Platinum is spending roughly $680 million to buy out the three partners. DyStar was founded in 1995 when Bayer and Hoechst pooled their textile dyes business. BASF added its business to the pot in 2000. DyStar is without a doubt the world’s largest textile dyes maker, with sales of about $960 million in 2003. But it and the handful of other textile dyes firms left in Europe are finding the going increasingly difficult, as their major market—textile fibers and fabrics—has mostly moved to Asia. Nonetheless, Platinum CEO Tom T. Gores says: “We are excited about the opportunity to acquire this business. DyStar is already a leader in the textile dyes industry. … We have enormous confidence in its future potential.” Through a $215 million sale to Apollo, Eastman is completing the divestment of CASPI assets that it had announced in August 2003. The deal, which is expected to be completed in July, includes acrylate ester polymers, unsaturated polyester resins, inks and graphic arts raw materials, liquid resins, powder resins, and textile chemicals. The businesses employ 2,100 people. Apollo will receive eight plants in the U.S., six in Europe, and two in China. Eastman acquired most of these plants through acquisitions over the past five years: Eight came from its 2000 acquisition of McWhorter Technologies, and six were part of its 1999 purchase of Lawter International. The businesses Eastman put up for sale had $650 million in 2002 revenues and generated a loss of $75 million. “Completing this divestiture is a significant step forward in Eastman’s ongoing strategy to improve the company’s profitability,” CEO J. Brian Ferguson says. In December, Eastman announced the sale of a $45 million CASPI unit, Accurate Dispersions, to Sherwin-Williams. Out of its CASPI segment, Eastman will keep coatings additives and solvents as well as adhesive raw materials. Despite several prominent deals—including the recent buyouts of Nalco and Celanese—Peter Young, president of the investment banking firm Young & Partners, thinks private equity firms play a material but not dominant role in chemical mergers and acquisitions. He says 28% of the acquisitions of chemical businesses last year were private equity buyouts, versus 20% in 2002 and 2000, and 23% in 2001. However, the past four years mark a sharp increase from the late 1990s, when equity firms accounted for less than 10% of the deals. This trend, Young says, continues for good reason. “Interest rates are low, debt financing is readily available, and the industrial buyers are still cautious, leaving room for the financial buyers,” he says.