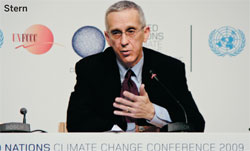 Negotiators at the United Nations climate conference in Copenhagen last week busied themselves by paving the way for world leaders, who will join the talks this week, to announce the exact commitments they are prepared to make to address global warming.

“The U.S. is committed to getting the strongest agreement possible,” said Todd Stern, the U.S. special envoy on climate change. Representatives like Stern, however, are holding off on discussing specifics, leaving that for this week when key world leaders, including President Barack Obama, join the talks.

The most dramatic news from the first week of the meeting was an uproar over a leaked paper drafted by the host Danish government. The paper, in part, suggested that the world should abandon the Kyoto protocol and start afresh with a new treaty that would include emissions cuts for the developing world.

The Group of 77 and China, a bloc of more than 100 developing countries, sought to embarrass the Danish government for preparing the document. The group said the plan, circulated to only a few countries, undercut the official UN-sponsored climate negotiations. Nonetheless, countries periodically have drawn up such unofficial papers as trial balloons for ideas in the climate talks.

Conference leaders dismissed this so-called Danish text. “This was an informal paper ahead of the conference given to a number of people for the purposes of consultations,” said Yvo de Boer, the UN’s top climate official.

“This process is suffering from distrust,” said Anders Turesson, chief negotiator for Sweden, which holds the presidency of the European Union. 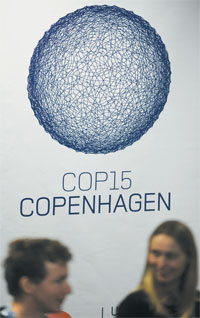 The dustup, however, does not change the key issues that await Obama and the other world leaders this week. Specifically, they will have to hash out how the world will cut greenhouse gas emissions and how much financing the industrialized world would supply poor nations to help them grapple with climate change.

For instance, the industrialized world is suggesting a $10 billion fund to help developing countries adapt to global warming and install low-carbon technologies. Lumumba Stanislaus-Kaw Di-Aping, who chairs the G-77 and China, made an emotional appeal last week for more, saying the amount isn’t nearly enough to help the poor of the world survive climate change.

“Ten billion dollars will not buy developing country citizens enough coffins,” he told meeting attendees, comparing the amount with the billions the U.S. has spent on recent wars and Wall Street bailouts.

Di-Aping also called on Obama, as he sets emissions reduction goals, to “remember Africa,” homeland of the President’s late father.

The proposed global policy goal for climate change—restraining emissions enough to hold average global warming to 2 ºC—“is certain death for Africa,” Di-Aping said. This is because Africa is projected to experience higher temperature increases than the rest of the planet, he explained. He called on the U.S. to make steeper cuts than Obama has already announced—a 17% reduction by 2020 based on 2005 levels.

But the U.S.’s Stern suggested that the President would stick to what he’s already announced on emissions cuts. Stern affirmed that the U.S. would also contribute financing to assist developing countries in dealing with climate change, but did not specify any amount.