Climate Intervention: California conference calls for research that is responsible and open 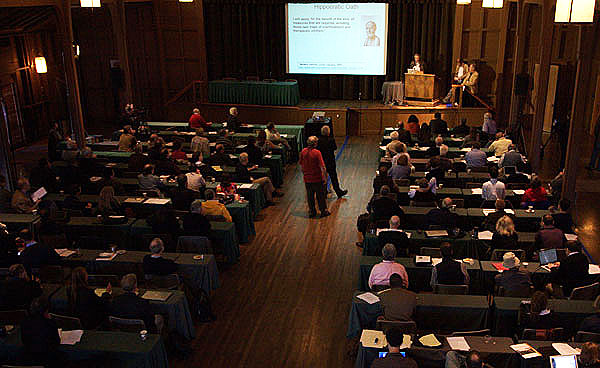 The conference called for deliberations among scientists, governments, and the public to ensure that research on the risks, impacts, and efficacy of climate intervention – commonly called geoengineering -- is conducted responsibly and transparently. Also, potential consequences of this technology need to be thoroughly understood, said a press statement from the Asilomar International Conference on Climate Intervention Technologies.

"Such discussions should be undertaken with humility and recognition of the threats posed by the rapid increase in atmospheric greenhouse gas emissions," said the statement from the conference. The statement also affirmed that governments will be the decision makers on whether geoengineering methods eventually get used.

The statement stressed that a strong commitment to emissions reduction and development of low-carbon technology is independent of whether geoengineering ultimately proves safe and feasible.

Yet society's efforts to reduce global greenhouse gas emissions have been limited and leave open the possibility of large changes to the planet's climate in the future, the statement said. Therefore, the statement continued, it is important to conduct research on climate intervention methods – including technology to strip carbon dioxide from the air and sequester it or to reflect sunlight into space (C&EN, Nov. 23, 2009, page 28).

The conference ran March 22–26 at the Asilomar Conference Grounds, a venue that the event's organizers chose intentionally. They hope the geoengineering meeting will be as pivotal the International Congress on Recombinant DNA Molecules in February 1975, which was also held at Asilomar. The conference 35 years ago produced voluntary guidelines for safe handing of the products of genetic engineering and proved to be highly influential in the development of this technology.

The current gathering was designed to kick off international discussion on geoengineering, said Margaret S. Leinen, the head of the Climate Response Fund, a nonprofit organization focused on climate intervention research. Most of the approximately 200 attendees came from the U.S. and the U.K., but a handful came from 13 other countries. Participants' expertise ranged from the natural and social sciences to law, engineering, and the humanities.

"Not everyone who needed to be here was," Leinen said. "But it sets the stage so people in technology and science are open to this conversation."

The Climate Response Fund, an environmental group, developed the conference in partnership with the Guttman Initiative, a philanthropic group with a goal of assimilating social responsibility into current lifestyles.

Earlier this month, the Royal Society announced it is working with TWAS (the academy of sciences for the developing world) and the Environmental Defense Fund, an environmental group, on an initiative to ensure strict governance of geoengineering projects to reflect sunlight back into space –an effort called solar radiation management.

Pollution
Mercury makes it deep into marine trenches
Sustainability
US Senate passes sustainable chemistry legislation
Environment
P2 and ADM pair up for renewable products
Share X
To send an e-mail to multiple recipients, separate e-mail addresses with a comma, semicolon, or both.
Title: Talking About Geoengineering
Author: Cheryl Hogue
Chemical & Engineering News will not share your email address with any other person or company.