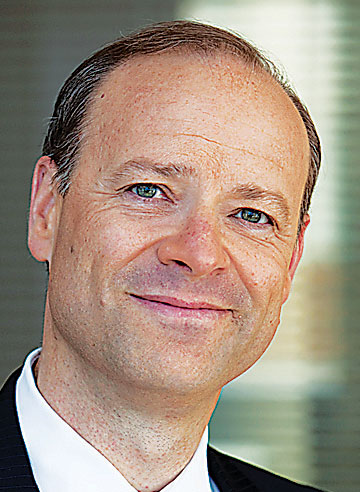 After two years of adapting to change, the big pharma companies that attended last week’s J. P. Morgan Healthcare Conference in San Francisco appeared ready to focus on the first fruits of their restructuring efforts.

The talks at last year’s meeting were about companies’ efforts to pare back their pipelines, reduce spending, and diversify their businesses. For the biggest pharma and biotech firms, this year seemed to be about showcasing the best drug candidates to come out of those efforts, while reassuring investors that research productivity will eventually get better.

The past two years have been “about cleaning up,” noted Sanofi-Aventis CEO Christopher A. Viehbacher. The company has downsized from 25 to 16 R&D sites and trimmed the number of compounds in its pipeline. “But it’s a whole lot easier to restructure than to rebuild,” Viehbacher said. This year, the firm is starting to see “the first green shoots,” he added.

Bristol-Myers Squibb touted the five drugs in its pipeline that could reach the market by 2012; Pfizer highlighted its four most advanced oncology drugs; Merck & Co. emphasized its deep investment in cardiovascular drugs and the speedy filing of a New Drug Application for the hepatitis C drug boceprevir.

For Amgen, “2010 seems like a long, long time ago,” said the firm’s CEO, Kevin W. Sharer. Offsetting challenges from product portfolio troubles and health care legislation, Amgen expects to benefit from the recent approval of two drugs: Prolia for osteoporosis and Xgeva for bone metastasis from solid tumors.

And in a departure from the industry trend toward research cuts, the big biotech firm indicated that it will strengthen internal R&D. “We will be hiring, meaningfully, new scientists,” Sharer said.

For the hundreds of small biotech firms at the conference, there was a sense of optimism that after two challenging years, the potential to raise money through venture capital or partnerships is improving.

“I think the financing environment is starting to warm up,” said Steven Tregay, CEO of the Cambridge, Mass.-based biotech Forma Therapeutics, which has enjoyed two sizable rounds of funding since its launch in early 2009. However, Tregay noted, the financing model now “is very different” from that in the heyday of the biotech industry. Small companies are stretching their cash, and many are partnering at an earlier stage and at less favorable terms.

Amid tightness in the capital markets, big pharma executives acknowledge that they need to play a larger role in cultivating new technology. But at the same time, they want to use research dollars “in the wisest way,” said Polly A. Murphy, vice president of R&D business development at Pfizer.

Murphy expects drug companies to continue pursuing the kinds of creative deals that were seen in 2010, such as the funding of Ablexis, a San Francisco-based biotech, with money raised from a consortium of five drug firms. “There is this sense that more partnering needs to be done,” she said.