Pharmaceuticals: Shift of biotech research to Kenilworth will result in 580 manufacturing job cuts

[+]Enlarge
Credit: Merck
A view of the Kenilworth site when it was owned by Schering-Plough. 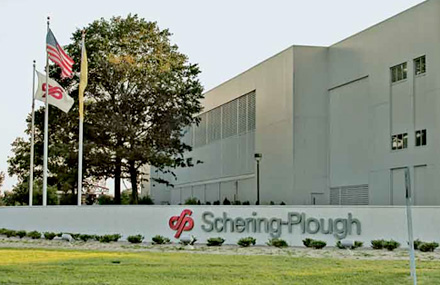 Credit: Merck
A view of the Kenilworth site when it was owned by Schering-Plough.

Ending two years of speculation about the fate of the former Schering-Plough headquarters in Kenilworth, N.J., Merck & Co. has announced plans to convert the site to a biologics research hub as part of a $120 million project.

Merck, which acquired Schering-Plough in 2009, says the shift will begin this year. It will involve the transfer of approximately 350 employees focused on bioprocess and bioanalytic research from Merck's other New Jersey laboratories in Summit, Union, and Rahway to Kenilworth.

Meanwhile, existing pharmaceutical chemical manufacturing and drug and healthcare packaging operations in Kenilworth will be transferred to other Merck locations over the next 12 to 18 months, leading to the elimination of approximately 580 manufacturing positions at the site.

The decision to convert the Kenilworth facility to a biologics R&D hub was based on the range of research already taking place in Kenilworth in discovery and preclinical development, according to Merck spokesman David Caouette. Kenilworth will operate separately from the company's generic biologics division, which has facilities in Palo Alto, Calif., and Boulder, Colo. Merck plans to add about 100,000 sq ft of research and office space to the Kenilworth site.

Packaging operations for pharmaceuticals and consumer goods will be moved to company facilities in Wilson, N.C.; Cleveland, Tenn.; Montreal; and Singapore. Merck will also relocate some small-molecule drug manufacturing to other New Jersey sites, though Kenilworth will maintain pilot-scale small-molecule production.

Approximately 900 office jobs in Kenilworth will be relocated, primarily to the company's Whitehouse Station, N.J., headquarters, Merck says. With the changes, Merck will maintain a workforce of 12,000 employees in the state.