Credibility On The Line 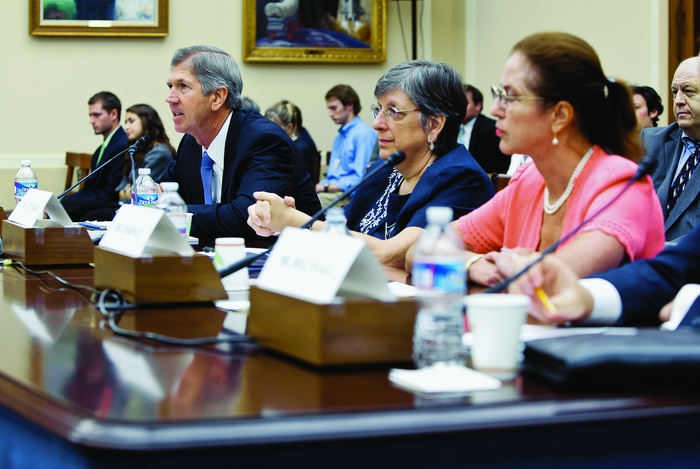 Those assessments include EPA’s scientific judgment on the safe level of exposure to a substance. They aren’t regulations; but a lot rides on them.

The safe level of exposure set in an assessment affects regulatory decisions that determine cleanup levels for pollution in air, water, and soil. Thus, a polluter’s financial liability in part hinges on the outcome of these assessments. So do the affordability and degree of cleanups faced by cities or regions stigmatized by pollution. Assessments also provide information to people who live near pollution sources and worry about how exposure could affect the health of their children and themselves.

Industry, politicians, environmental activists, and even the National Research Council (NRC) for years have critiqued this EPA assessment program, called the Integrated Risk Information System. IRIS has produced assessments on some 540 chemicals to date, and EPA is working on 70 more. The assessments in process are examining the hazards from several metals and commercially produced chemicals, including a half-dozen phthalates, vinyl acetate, styrene, and methanol.

A major complaint about IRIS is that assessments take years to complete, with those for some chemicals seemingly stuck in a cycle of review, redrafting, and review again. The most notorious example is EPA’s work to revise its 1984 assessment of 2,3,7,8-tetrachlorodibenzo-p-dioxin (TCDD), the most toxic form of dioxin. The agency has been working on this reassessment for 20 years, and it still isn’t done (C&EN, Nov. 15, 2010, page 30).

In recent years, IRIS has received more high-level political attention than any other EPA scientific effort. Congress has held oversight hearings about the program, with the latest one taking place last month. The Government Accountability Office (GAO), the investigative arm of Congress, has a close eye on IRIS. The office determined in 2008 that the IRIS database is at serious risk of becoming obsolete because EPA is unable to complete credible chemical assessments in a timely manner.

Also in 2008, the Administration of President George W. Bush made changes to IRIS that raised concerns at GAO and among congressional Democrats and environmentalists. The Bush Administration established an official role in IRIS assessments for the White House Office of Management & Budget (OMB), which reviews the economic impacts of federal regulation. The Bush Administration also provided agencies facing pollution liability—notably the Defense Department and the National Aeronautics & Space Administration—with channels to influence EPA’s assessments shielded from public scrutiny.

As a result of these controversial policy moves and the delays in assessment completion, GAO in 2009 put IRIS on its list of some two-dozen government programs in greatest need of reform. That year, President Barack Obama’s EPA Administrator, Lisa P. Jackson, struck down the Bush Administration’s policy changes and pledged to speed up the assessment process (C&EN, June 1, 2009, page 7).

But criticism of IRIS continues. In April of this year, NRC released a report that found fault with EPA’s draft assessment of formaldehyde (C&EN, April 18, page 10). The report also took the IRIS program to task and recommended reforms, including better editing and streamlining of assessments, which have grown in length over the years. In July, the agency announced that it is implementing the recommendations to improve IRIS (C&EN, July 18, page 10).

In light of these recent moves, a House of Representatives panel held a hearing on July 14 to check up on IRIS. Members of the House Science, Space & Technology Subcommittee on Investigations & Oversight got an earful from witnesses who had plenty to say about EPA’s chemical assessment program and the changes they think it needs.

“IRIS is broken,” Calvin M. Dooley, president and chief executive officer of the American Chemistry Council, a chemical industry group, told the congressional panel. EPA’s chemical assessment process lags behind scientific advances and relies too much “on outdated assumptions formulated in the 1970s,” he said. In comments on several draft assessments, ACC has attacked the agency’s standard assumption that no dose of a carcinogen is safe. Chemical makers and NRC, in reviews of draft assessments for some chemicals, have recommended that EPA consider whether these compounds cause cancer below a certain threshold of exposure.

At the hearing, Dooley called on Congress to require NRC to review all draft IRIS assessments. The trade association chief made a similar request to the White House in June. 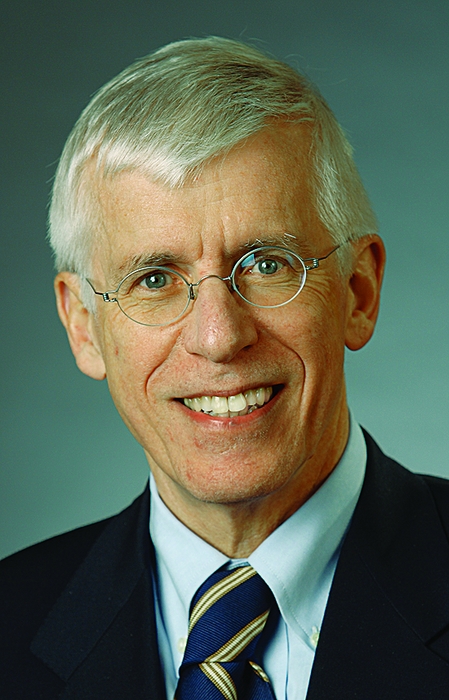 NRC review of all draft assessments should continue “until we have confidence” that the deficiencies in IRIS are fixed, he said. Improvements in the EPA program would also be validated through NRC review, Dooley said. “We want to have an IRIS process that meets a gold standard,” he added.

Also testifying at the hearing was Jonathan M. Samet, chairman of the NRC committee that reviewed EPA’s draft formaldehyde assessment and professor of preventive medicine at the University of Southern California. Although Samet didn’t directly counter Dooley’s recommendation for NRC reviews, he told lawmakers that because the effort involved in such reviews is substantial, requiring an NRC review of every IRIS assessment would stress the community of scientists with the expertise to carry them out.

The top Democrat on the subcommittee, Rep. Donna F. Edwards (D-Md.), said she suspects that requiring NRC to peer-review all EPA draft chemical assessments would be “impracticable.”

The job of reviewing EPA’s draft chemical assessments often falls to the agency’s Science Advisory Board. Samet chairs EPA’s Clean Air Scientific Advisory Committee and is an ex officio member of the Science Advisory Board. He spoke supportively of the board’s reviews of draft assessments, telling the subcommittee that they are carried out in complete openness and are not influenced by EPA staffers. 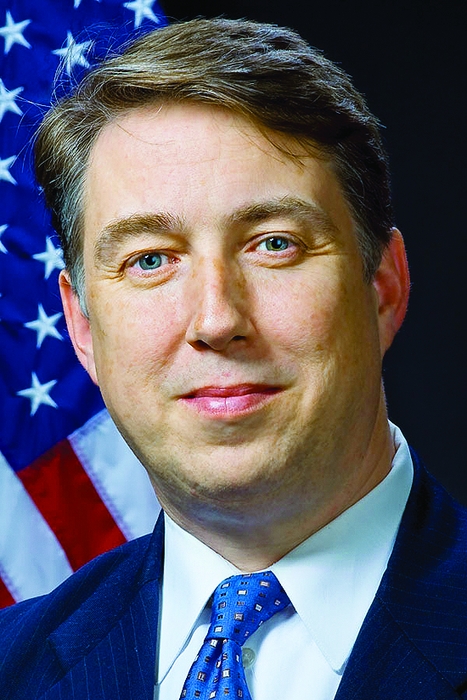 Paul T. Anastas, EPA assistant administrator for research and development, was also on hand to testify before the congressional panel. He told the subcommittee that he welcomes the NRC criticism. “We take those recommendations extremely seriously,” he said. “We will always engage in continuous improvement because that’s what scientists do.”

The agency has completed 16 IRIS assessments since 2009, which is more than it completed during the previous three-year period from 2005 to 2008, Anastas said. EPA has cut the time to complete an assessment from an average of three or four years before 2009 to the current average of 23 months, he said.

While EPA institutes reforms, House Republican leaders are acting too. The House is targeting IRIS in legislation (H.R. 2584) to fund EPA in fiscal 2012. The bill, which is expected to pass the House, would prohibit EPA from spending money on any regulation, cleanup guidance, or pollution permit that relies on a chemical assessment that doesn’t hew to the NRC recommendations.

If enacted, this provision could force EPA to stop work on assessments that are now in progress and revise the hundreds of existing chemical profiles completed before the NRC issued its recommendations, said Rena I. Steinzor, president of the Center for Progressive Reform, a research and education organization.

In his testimony, Samet also discussed the specifics of the evaluation of EPA’s work on formaldehyde in the April NRC report. The review backed EPA’s conclusion that formaldehyde causes cancer in the nose, nasal cavity, and upper throat. But NRC found fault with part of the draft assessment that linked formaldehyde exposures to cancers of the lymphatic system and blood, including leukemias. The report directed EPA to rework this part of the assessment and describe how and why the agency picked particular studies as the basis of this conclusion.

Samet stressed that although EPA failed to communicate how it selected scientific studies as the basis for the formaldehyde assessment, there was nothing purposefully deceptive about the agency’s actions.

Other problems that the report identified “were not unique and have been reported over the last decade by other NRC committees tasked with reviewing EPA’s IRIS assessments for other chemicals,” Samet said.

Steinzor of the Center for Progressive Reform said industry regularly submits to EPA the scientific studies it thinks are most important for a particular chemical assessment, “repeatedly advocating their view of the research to IRIS staff, more senior EPA officials, sympathetic federal agencies [other than EPA], and the White House.” She continued, “One reason why IRIS profiles have ballooned into unmanageable length is the reaction of EPA staff to constant harassment by industry.”

Steinzor pointed out that OMB is staffed almost exclusively by economists and thus lacks the scientific and technical expertise to assess chemical hazards. ACC’s recommendation that OMB take on a greater role in this work “is not designed to improve the program’s scientific validity but rather is intended to give chemical manufacturers a sympathetic forum where they can tie IRIS in knots more easily,” said Steinzor, a professor at the University of ­Maryland School of Law.

Subcommittee member Rep. John P. Sarbanes (D-Md.) expressed concern about ACC’s suggestions for NRC and OMB review. “I’m worried your proposal would add more steps, with the potential to drag the process down,” Sarbanes said. He stressed the need for EPA to assess more pollutants.

Demand for assessments is growing in EPA regulatory programs, such as the part of the agency that handles water pollution and drinking water safety, said David Trimble, director of natural resources and environment at GAO. Yet regulators aren’t requesting what they need because of the backlog of incomplete IRIS assessments, Trimble told the subcommittee.

GAO investigators are monitoring EPA’s implementation of the NRC recommendations, Trimble continued. The office will report its findings to Congress later this year.

Rep. Paul Broun (R-Ga.), chairman of the subcommittee, said his panel will continue to keep an eye on the IRIS program, too. Broun said he wants “to ensure that EPA not only adopts the [NRC] recommendations but that it follows guidelines already in existence and continuously seeks to employ the most modern, credible methods and protocols to assess chemical risks.”