CORRECTION: This article was updated on May 15, 2012, because when the Newscripts gang changed the batteries in their calculator and double-checked their mole statistics, they found three of them were incorrect! The cantaloupes calculation checked out.

Happy belated Mole Day! As Newscripts readers surely know, chemists across the world honor Avogadro’s number—6.02 x 1023—by celebrating the number of particles that make up a mole from 6:02 AM to 6:02 PM, on Oct. 23.

[+]Enlarge
Credit: ACS
Milli Mole: This mascot is a fan of Avogadro’s number. 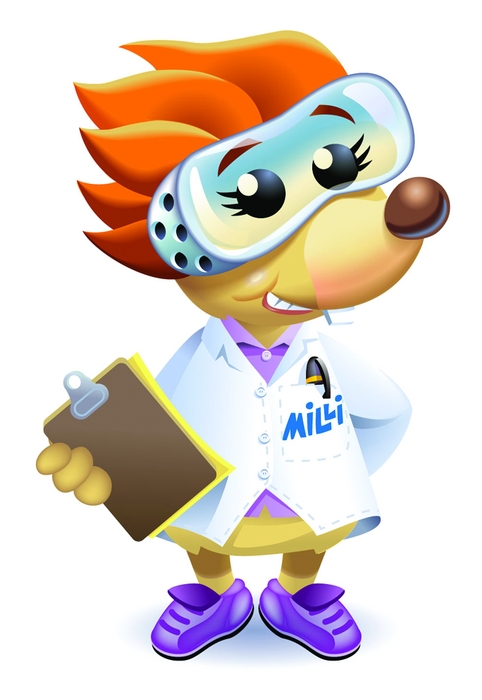 Credit: ACS
Milli Mole: This mascot is a fan of Avogadro’s number.
[+]Enlarge
Credit: Colin Purrington
Pens aplenty: Purrington tested all of these for solvent and heat durability. 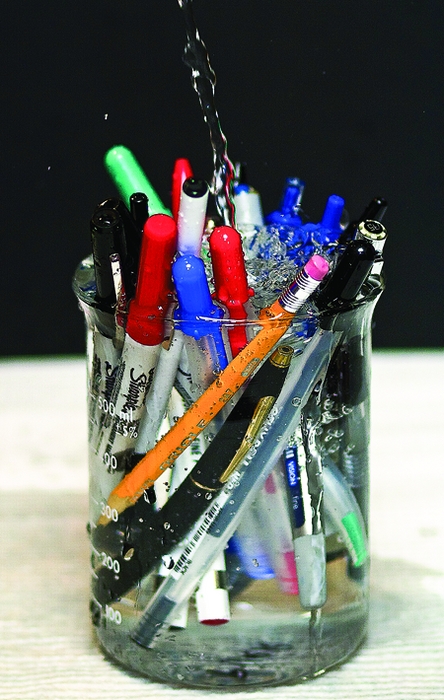 Credit: Colin Purrington
Pens aplenty: Purrington tested all of these for solvent and heat durability.

Readers who are educators might find that young chemists-to-be sometimes have trouble grasping the concept of the mole when they first encounter it. A chemistry mole has nothing to do with the furry creature that burrows underground (although the American Chemical Society’s mascot Milli Mole might disagree). Instead, it represents a rather large number that’s difficult to imagine.

So in observance of Mole Day, the Newscripts gang has pulled together a collection of our favorite statistics to demonstrate just how large Avogadro’s number is:

■ A mole of paper clips (3 cm long) chained together would wrap around the equator 450 trillion times.

■ A mole of pennies distributed evenly to everyone in the world (7 billion people) would enable each person to spend $1.6 million per minute for an entire year.

■ A mole of stir bars (3 cm x 6 mm) would cover the contiguous U.S. coast to coast, border to border, and pile about 40 miles high.

If you feel the need to verify any of these numbers and want to preserve your calculations for years to come, take Colin Purrington’s advice and use a Sakura Gelly Roll pen. In 2003, after a leaky ceiling dripped all over his lab notebook, Purrington, a former professor of evolutionary biology, got serious about ink.

“My ink was fine” after the fateful incident, Purrington says, “but the episode prompted me to think a bit more about pen choice.” So he decided to test how various writing utensils stand up to hazards that scientists might meet while experimenting: water and heat. He also tested threats chemists regularly face, such as the organic solvents methanol, ethanol, and acetone. Out of the 14 pens Purrington tested, the Sakura Gelly Roll performed best.

Contrary to the reputation that Sharpies are permanent, their ink dissolved the most readily in each of the organic solvents, as did the ink in the Bic pens tested. And if the lab is toasty, scientists should avoid fountain and Pilot pens: Their ink fades the most when exposed to heat, Purrington found.

“I was taught how important it is to keep an accurate lab notebook in college by a chemistry professor,” Purrington says of his time at Reed College, in Oregon. Purrington’s professor had been involved in forensic court cases and stressed to his students the significance of collecting accurate raw data in case they are ever challenged.

Back in Purrington’s teaching days, he passed along the same advice to his students. Initially, he shared his guidelines with just the undergraduates in his classes, but then “graduates requested for the instructions to be put online,” Purrington says. As a result, he posted his advice and the results of his pen findings on his personal blog (bit.ly/nH8omY).

Purrington’s former students aren’t the only ones who find this advice helpful. The Korea Atomic Energy Research Institute contacted him in 2007 asking permission to use his instructions as its official training document. Holy moley!

Emily Bones wrote this week’s column. If any of you Newscripts readers have a favorite mole-quantifying trick of your own, e-mail it to newscripts@acs.org and we’ll post it on the Newscripts blog at cenblog.org/newscripts.