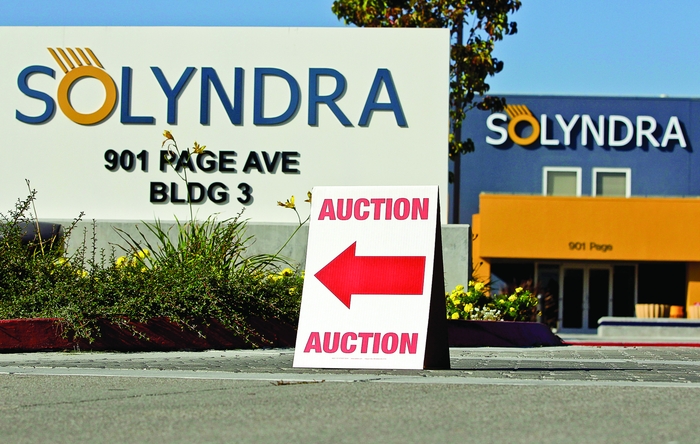 Energy economists and clean energy advocates and industries fear that confusion over U.S. government policies will curb private domestic investments in clean energy. Of particular concern are the uncertain policy implications of a congression­al investigation into the Obama Administration’s clean energy loan programs. The loss of private capital is likely to financially cripple U.S. companies in a global chase for the lucrative, emerging global marketplace for clean energy. 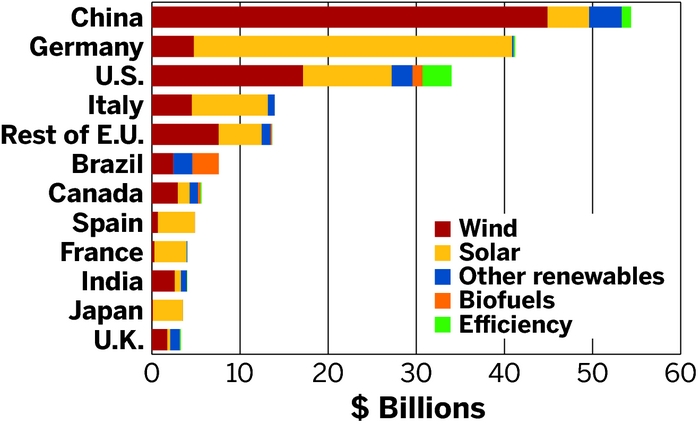 Pew puts the size of this potential renewable energy investment market at a whopping $2.3 trillion over the next decade. Cuttino underscores that these investments translate to jobs, exports, and a growing economy, all based on private capital.

Cuttino blames the drop in ranking in large part on a “climate of uncertainty” in the U.S., which drives investors to put their money in more dependable ventures and other countries, rather than investing in U.S. clean energy production. Contributing to this uncertainty has been on-again, off-again government support for renewable energy.

The uncertainty will continue, Cuttino says. Instability is springing from the high-profile investigation by the House of Representatives into the Department of Energy’s loan guarantee program and the steady drumbeat of politically partisan accusations spinning from the bankruptcy of solar manufacturer Solyndra.

“Money is not patriotic,” Cuttino says. “Investors have a bottom line: They want to make money, and they will go to where they can get a reliable rate of return.”

Congressional criticism of federal support for clean energy has also influenced public perceptions, according to a recent poll by Pew Research Center and the Washington Post. The poll found a decline in public support for federal renewable energy investments, saying it is at its lowest ebb since 2006. Public support for renewable energy—wind, solar, hydrogen—still tops public backing for fossil fuels, according to the poll released on Nov. 10. But the data reveal a sharp decline from the 80% of the public who endorsed greater federal spending on clean energy a few years ago to 68% today.

For much of this year, Republican House leaders have criticized DOE’s clean energy aid programs and the American Recovery & Reinvestment Act of 2009—the stimulus plan—which gave the DOE programs a two-year funding burst that is now over.

In their investigation, Republican Committee members and staff have obtained—voluntarily and through subpoena—thousands of internal Administration documents and e-mails. And they have selectively leaked portions of the materials to the media, occasionally before making them available to the public, committee Democrats, or hearing witnesses. Heightening publicity, the media releases were frequently timed to generate front-page news articles on the day of the committee’s hearings.

Although some 80,000 pages of material have been presented to committee Republicans, Energy & Commerce Committee Chairman Fred Upton (R-Mich.) on Nov. 4 issued a subpoena to the White House requesting all material related to the Solyndra loan guarantee going back to Jan. 1, 2009, before President Barack Obama was inaugurated. On Nov. 11, the White House released more material, which Republicans say they are reviewing.

Committee Republicans charge that Obama pressed DOE to grant the guarantee to Solyndra—over the objections of department career staff. They claim the President did so at the bidding of campaign contributor and Solyndra investor George Kaiser, an allegation Kaiser, the White House, and DOE strongly dispute.

The debate has broadened to raise doubts about government loans, subsidies, and other support for renewable energy. Several House members have accused DOE and Obama of making inept decisions and unsuccessfully trying to pick winners and losers. Many have urged that the government end its support of renewable energy.

Rep. Cliff B. Stearns (R-Fla.), chairman of the Energy & Commerce Oversight & Investigations Subcommittee, which is leading the investigation, bluntly warned that “even [with oil] at $140 a barrel, the idea that solar will ever break even is questionable.”

Other House Republicans have weighed in. Rep. F. James Sensenbrenner Jr. (R-Wis.), vice chairman of the House Science, Space & Technology Committee, has introduced legislation to require an independent assessment of all past and future renewable energy loans, grants, and direct payments. And the House Oversight Committee, led by Rep. Darrell E. Issa (R-Calif.), joined the fray with a Sept. 22 hearing titled “How Obama’s Green Energy Agenda Is Killing Jobs.” Issa too has requested a long list of internal documents related to solar loans and guarantees.

Like Solyndra, 39 companies have obtained $36 billion in loan guarantees through the program, which Congress created in 2005. Originally established to guarantee private loans to fund construction of nuclear reactors, the program was expanded by Congress to cover clean energy sources, but no loans were guaranteed until the Obama Administration.

The program was created to encourage private investors to back risky technologies. Congress expected some loans to fail and required funds to be set aside for failure.

Solyndra was an original applicant and successfully passed examination by the George W. Bush Administration. When Energy Secretary Steven Chu was appointed, he was quizzed by several members of Congress over the loan guarantee program delays and he promised to quickly make guarantees. Using stimulus money, Chu chose Solyndra for his first approval. With much fanfare, Obama announced the selection, pointing to jobs that would be created, the profits that would occur, and the export potential.

None of that happened, and the loan was lost. Solyndra made an unusual rooftop cylindrical solar energy system that was quick and simple to install. The tubular design captured a wider angular range of sunlight than did flat panels, and unlike conventional panels, it avoided using polysilicon, which in 2005 was in short supply. However, the company’s product was much more expensive than conventional panels. When polysilicon prices dropped and solar panel prices plummeted, Solyndra folded (C&EN, Oct. 3, page 28).

The lost taxpayer funds also angered House Democrats, and they too question Chu’s selection process. But they opposed the Republicans’ sweeping investigation, claiming it is a partisan attack on Obama and the stimulus program. The House Solyndra hearings have resulted in intense bickering between both parties, with witness testimony often rendered irrelevant.

The Senate has not followed suit. Sen. Jeff Bingaman Jr. (D-N.M.), chairman of the Senate Energy & Natural Resources Committee, is unlikely to call such hearings, says committee communications director Bill Wicker. Oversight hearings at this time, he says, would “generate more heat than light” and “devolve” into speech making.

“A more thoughtful look at the financing gap for advanced energy technologies between the U.S. and its international competitors, like China, does make sense,” Wicker adds, and Bingaman hopes to look at that issue later in this Congress.

Advocates of renewable energy worry that House Republican opposition to Solyndra and loan guarantees could morph into opposition of general federal support for clean energy. On the record, however, representatives of solar and wind energy trade associations C&EN contacted for this article were reluctant to speak and feared being tainted with the brush of Solyndra.

The size of the credit matters less than keeping it in place long enough to provide consistency for investors, Laird says. “This seesaw drives renewable industries crazy. They can’t plan.”

“We found that policy consistency has been critical for China and Germany,” Pew’s Cuttino adds. “The constant examination and uncertainty that is going on right now in the U.S. makes investors queasy, and of course they are going to go to a China or Germany or some other country where they have stability. The U.S. has such potential. So much investment could happen here.”

Stimulus money fueled Obama’s drive for clean energy projects, and in large part it fueled Republican opposition, notes David Goldston, who was staff director from 2001 to 2006 for the House Science Committee when it was in Republican Party hands. Today, he is director of government affairs for the Natural Resources Defense Council, an environmental group.

“For decades there has been a large element within the conservative wing of the Republican Party that has not believed the government should do anything in the energy area beyond basic research,” Goldston says. For them, he says, government has no role supporting clean energy growth. They believe, he adds, that it is a “fantasy” that clean energy can ever be a significant part of the economy.

“This goes back to the Ronald Reagan presidency, when that Administration eliminated all DOE applied research programs and tried to eliminate the department,” Goldston says. “What is different today is the virulence of the people making the argument.”

The Solyndra failure, he says, provides a new way to fight this longtime ideological battle. And it makes conservative Republicans’ views more palatable to the general public because it appears they are exposing a wrong, rather than reengaging a 40-year battle against government involvement in the energy sector.

“If we knew then what we know now, Solyndra wouldn’t have gotten the guarantee,” Goldston says. “But these things are all about risk. It wasn’t like Solyndra slipped through.

“It appears that there was a healthy debate within government,” he says, “considering the thousands of pages of redacted documents and e-mails that have been released.”

To develop energy sources beyond the current mix of coal, oil, and petroleum takes government support, Goldston says. These sources all took government aid in the past and now benefit from an established and paid-for infrastructure.

“It will take federal incentives and largesse to overcome structural advantages to change the nation’s course as it has in the past,” Goldston says. “There is no reason to assume this time will be different.”