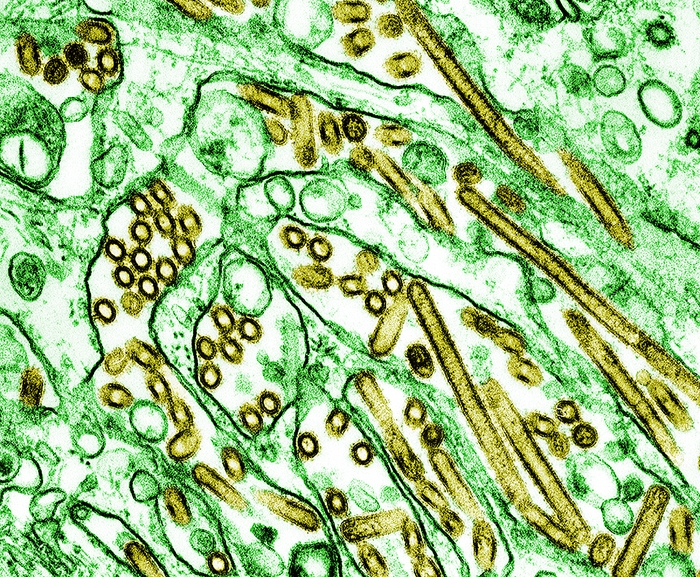 Two independent research teams have developed strains of avian influenza so potentially deadly that they’ve prompted an unprecedented response from the U.S. government. A federal advisory board has asked the journals Science and Nature not to publish details of the teams’ controversial research, so as to hide it from would-be bioterrorists.

In the not-yet-published work, scientists at the University of Wisconsin, Madison, and Erasmus Medical Center, in Rotterdam, the Netherlands, reportedly made mutant versions of the H5N1 avian flu virus that are highly contagious among ferrets, the lab animal that is most like humans in flu susceptibility. More than half of the people infected with real-world variants of H5N1 have died from it, but those viruses didn’t spread from person to person easily. The new lab-made viruses were created as part of efforts to develop drugs or vaccines to stop pandemics, the researchers say. But if the viruses fell into the wrong hands, they could touch off the very pandemics they were created to prevent.

After a lengthy review of both teams’ manuscripts, the U.S. National Science Advisory Board for Biosecurity, which is overseen by the National Institutes of Health, asked the journals to redact mutation details that might allow the results to be replicated. The board also requested additions, including explanations of biosecurity practices and the research’s potential benefits to public health.

The Dutch virologists, led by Ron Fouchier, “have reservations about this recommendation but will observe it,” according to a statement from Erasmus Medical Center. At this point, however, secrecy “is almost impossible” because many flu scientists and officials have already seen the details, the statement points out.

Asked whether Wisconsin virologist Yoshihiro Kawaoka and coworkers would also redact portions of their work, university spokesman Terry Devitt said that hasn’t been determined yet. But “the recommendations, which are nonbinding, are being seriously considered” as the team prepares a revised manuscript, Devitt added.

Both Science and Nature have professed their willingness to work with the board, given certain conditions. Science’s response, Editor-in-Chief Bruce M. Alberts said in a statement, will be “heavily dependent” on the government putting forth a transparent plan that ensures legitimate scientists can access the censored information. Nature Editor-in-Chief Philip Campbell concurred, saying in a statement that access for researchers “is essential for public health.”

Plans for a system permitting such access are in the works, according to a statement from NIH. The statement provides no details, however, about how the system would run and who would be qualified to use it.

Both journals are discussing those points with the board. “It is a complicated matter,” says Ginger Pinholster, a spokeswoman for Science. “We have been grateful to talk in depth with officials about how the information transfer can be achieved.”

Comments
Keith Korthals (January 3, 2012 2:05 PM)
Not only is the US government torturing children and creating lists that prevent employment of free citizens ... now the censorship begins!
Reply »

Howard B. (January 9, 2012 8:35 PM)
Torturing children and preventing employment? Do you sources of any kind to substantiate these claims? Without documentation, this just sounds like creative conspiracy theory.
Reply »