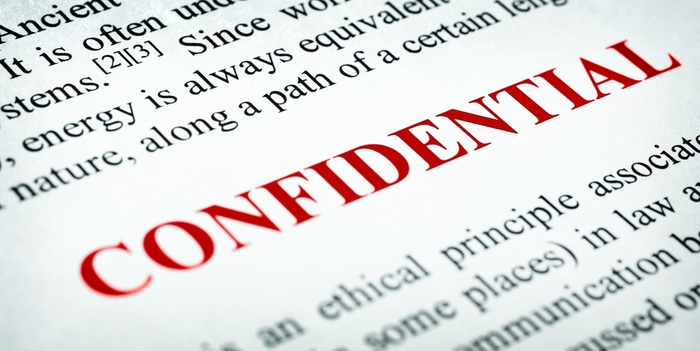 With a goal of protecting the identity of new substances from disclosure, chemical industry trade groups are vigorously opposing a pending Environmental Protection Agency proposal. The yet-to-be-released proposal would significantly limit a company’s ability to claim that a chemical’s identity is a trade secret that merits protection.

The draft proposal, now under review by the White House Office of Management & Budget, is narrowly targeted. It would restrict confidentiality claims for the identity of a chemical in health and safety studies that companies submit to EPA in conjunction with paperwork they must file before manufacturing a new substance.

In their filings with EPA on new substances, companies essentially always claim the identities of chemicals they plan to produce as trade secrets. EPA protects this information from disclosure, as required by the Toxic Substances Control Act (TSCA). But under the draft proposal, the agency would make it extremely difficult for companies to assert confidentiality of a new chemical’s identity in a health and safety study.

This planned move would build on an effort EPA launched in 2010 to reduce what both industry and the agency agree have been overused TSCA confidentiality claims in health and safety studies for chemicals already on the market. These assertions have covered a variety of information beyond chemical identities, such as company names. The agency began clamping down on confidential business information (CBI) claims two years ago at the behest of EPA Administrator Lisa P. Jackson, who wants to provide the public with more information about commercial chemicals under TSCA. Public health and environmental advocates have praised these efforts.

Earlier this month at GlobalChem, the chemical industry’s annual conference on regulation, trade association chiefs said making a new chemical’s identity public is tantamount to handing the results of expensive R&D to competitors. They said they are fighting hard against the draft proposal to protect innovation and profitability. 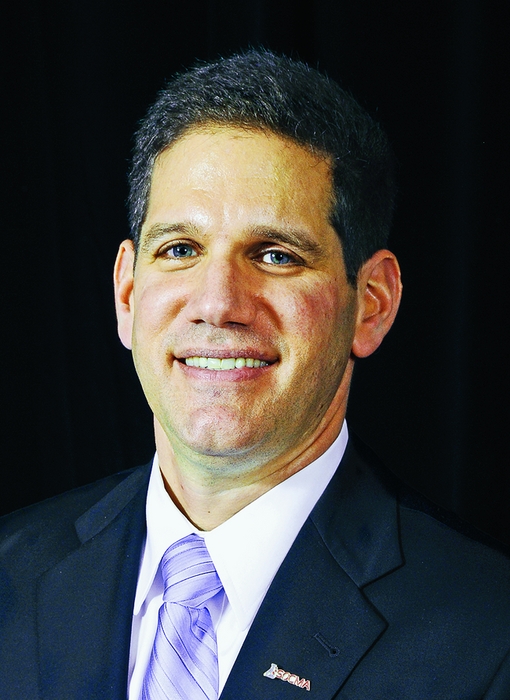 “In the chemical industry, trade secret chemical identities are among the most valuable intellectual property, yet they often cannot be patented,” Calvin M. Dooley, president and chief executive officer of the American Chemistry Council, said at the GlobalChem gathering in Baltimore. Companies make confidentiality claims about substances’ identities in their filings to EPA as a way of hampering competitors from developing a similar product, the industry trade group head noted. “It is absolutely critical that chemical identities in products be claimed confidential in order to prevent competitors from unfairly piecing together the unique chemical structures,” he stated.

“Protection of trade secrets is, in some cases, the only difference between success and failure of a business,” said Lawrence D. Sloan, president and CEO of the Society of Chemical Manufacturers & Affiliates, which represents mainly small and medium-sized producers. If specialty chemical or fine chemicals manufacturers lose their intellectual property, he told attendees at GlobalChem, “there is no large-scale commodity business to offset their losses.”

Sloan called the EPA effort to provide greater public access to what industry claims as proprietary information “an ongoing challenge that portends significant implications throughout the chain of commerce and within various sectors. It should not be taken lightly.” This is especially true for innovative new chemicals just introduced to the market, he said.

“If we, as a nation, want to continue to move toward greener chemicals and products, there will need to be proper incentives in place to safeguard innovation, not to mention the livelihood of the U.S. chemical industry through the creation of new market opportunities and the jobs that come with it,” Sloan said. 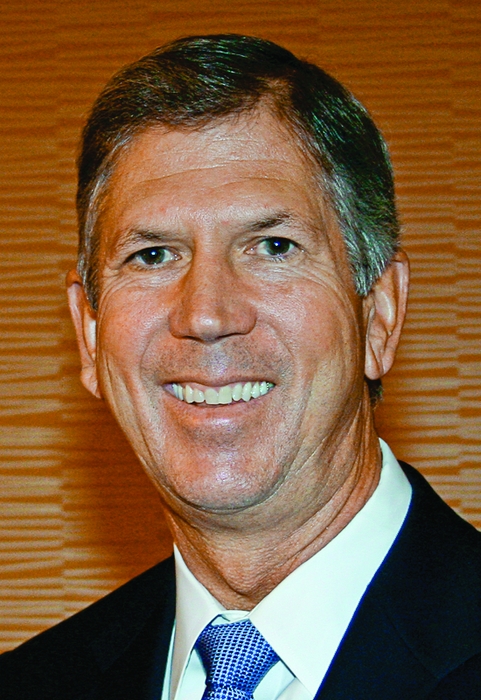 Citing the pending proposal, Dooley made a dire prediction: “If EPA puts this type of regulation in play, you’ll see the R&D of new chemicals and new uses for chemicals leaving the U.S. and going elsewhere.”

Dooley said he; Ernie Rosenberg, president and CEO of the American Cleaning Institute (formerly the Soap & Detergent Association); and a representative of the International Fragrance Association recently met with White House officials to oppose the draft proposal. Meanwhile, environmental and health groups have expressed their support for the pending proposal, saying the chemical industry has no analysis to back up its claims. 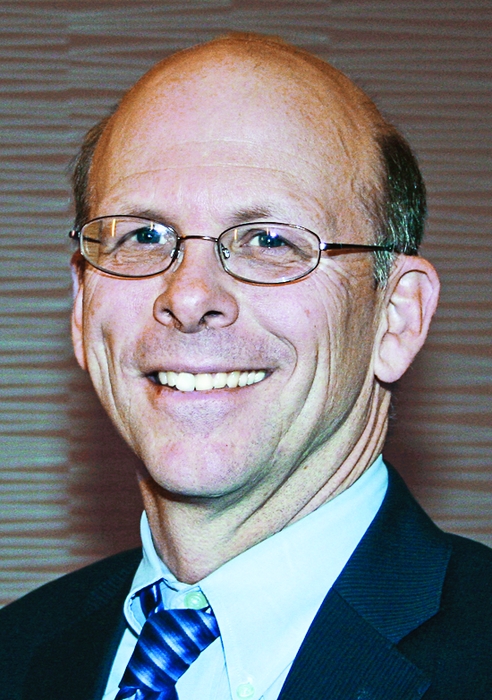 “We share the goal that trade secret information needs to be kept secret. That’s what we’re committed to doing—while balancing that with our desire and the public’s desire for access to information,” Jones said.

“Finding where the sweet spot is between those two has been a long struggle, but one that we’re committed to,” said Jones, a career EPA employee nominated in January by President Barack Obama to lead the Office of Chemical Safety & Pollution Prevention.

Jones said the agency is responsible for some of the problems with secrecy assertions. “We created an environment that made it very easy to claim something CBI without there being much oversight,” he acknowledged. But now, EPA is ensuring that when a company makes a confidentiality claim under TSCA, the assertion is appropriately substantiated. Since the agency began reviewing assertions in early 2010, he said, “there are fewer of what I refer to as frivolous CBI claims.”

Separately, Pamela Myrick, who leads CBI transparency efforts in EPA’s Office of Pollution Prevention & Toxics, said at GlobalChem that the agency’s intention is to make—to the extent allowed by law—all health and safety studies of chemicals on the market available to the public. To this end, the agency is reviewing 22,483 submissions under TSCA that potentially contain health and safety studies and that have trade secret claims for chemical identity, she said. EPA had reviewed 5% of these by the end of September 2011 and is aiming to scrutinize another 10% by the end of this September, she said.

In addition to the draft proposal pending at the White House, EPA is developing a second proposed regulation regarding confidentiality claims, Myrick said. It would require companies to periodically reassert and resubstantiate trade secret assertions in TSCA submissions. Otherwise, the claims would expire after an as-yet-unspecified time. Currently, CBI protections remain in place unless EPA challenges the claims or a company voluntarily removes them.

Also, the agency is expanding a voluntary effort, launched at GlobalChem in 2010, for companies to review their TSCA submissions from years ago and lift outdated or inappropriate confidentiality claims, Myrick said.

Specifically, EPA is asking companies to review health and safety studies they sent to the agency to comply with one particular part of TSCA, Section 8(e). This provision requires businesses to submit any information to EPA that suggests a chemical poses a substantial risk to human health or the environment within 15 days of obtaining the data. The agency has received more than 18,500 of these submissions—virtually all health or safety studies—since the early 1980s.

Dow Chemical is among the companies that are responding to EPA’s call to lift some TSCA confidentiality claims, said Imogene E. Treble, product regulatory leader in environment, health, and safety, at Dow. “It all takes time, it all takes energy and resources,” she told GlobalChem attendees. Dow has released quite a number of chemical identities once claimed as confidential, Treble said.

Meanwhile, Mark N. Duvall, a principal in the law firm Beveridge & Diamond who represents chemical industry clients, said at GlobalChem that companies could deny EPA requests to lift their trade secret claims. He laid out a legal argument against companies removing these assertions, citing the legislative history of TSCA and the agency’s past practice.

EPA may come knocking on companies’ doors, asking for confidentiality claims to be lifted, Duvall said. “If it’s a legitimate trade secret, there’s a basis for saying, ‘I’m sorry, that is protected by TSCA.’ ”

EPA’s push to make more information about chemicals available to the public is a domestic effort, but this right-to-know concept is also gaining traction in international discussions, said Helen Medina, director of life sciences and product policy at the U.S. Council for International Business.

An example is a proposal pending for discussion at the third International Conference on Chemicals Management, which will be held in Nairobi, Kenya, in September, Medina said at GlobalChem. The proposal would endorse sharing chemical information among all stakeholders, she said.

Adoption of this proposal by the United Nations-sponsored chemicals management conference would raise global awareness of the importance of data sharing. This is especially true for developing countries that are creating domestic regulatory systems based on the Strategic Approach to International Chemicals Management, a policy developed at the first International Conference on Chemicals Management in 2006.

In addition, Medina said, public access to environmental information held by governments—including information on hazardous materials and activities—is on the agenda for the UN Conference on Sustainable Development. This gathering will be held in June in Rio de Janeiro. Marking the two-decade anniversary of the 1992 Earth Summit, the meeting, nicknamed Rio+20, is expected to attract world leaders to discuss a shift to a green economy and poverty eradication.

This idea of information sharing shows up in a recently released draft document that will be the subject of negotiations over the next several months and that is expected to be finalized at Rio+20. It calls for strengthening the public’s right to access information, Medina said.

As currently drafted, she said, the document “could give the impression that information of all kinds, from all sources, should be universally available on demand.”

“This concept of access to environmental information—and what that means to industry—is important to watch,” Medina said.