Merger of multiple businesses has created a diversified supplier of intermediates 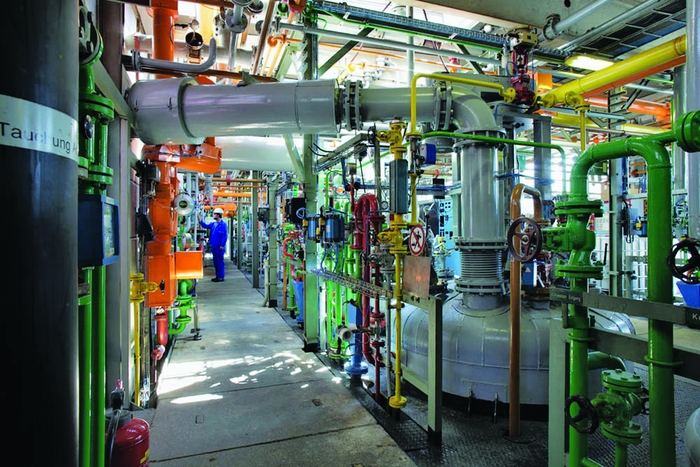 Last year brought changes to CABB Group, a midsized chemical firm with headquarters in Sulzbach, Germany. Not only did it change private equity owners, but it also picked up a business along the way. At a time when many companies are trying to regain traction, CABB’s managers believe the company is positioned to accelerate as a diversified custom manufacturer and supplier of fine chemicals derived from chlorinated and acetic acid-based building blocks.

Over the past seven years, CABB has tripled its annual sales to more than $525 million through a series of acquisitions and its own internal growth. Formerly part of Hoechst and later Clariant, CABB was acquired by its managers in June 2005 with the help of Gilde Buy-Out Fund. Since then, CABB has been one of several European chemical operations involved in an industry consolidation supported by private equity investors.

In 2007, Gilde sold its holding to AXA Private Equity. Soon after, CABB acquired the Swiss custom manufacturer and specialty intermediates firm SF-Chem (another Swiss industrial offshoot) from the private equity firm Capvis. In 2008, CABB took a majority stake in India’s Karnavati Rasayan, a producer of monochloroacetic acid, or MCAA.

In April 2011, the investment firm Bridgepoint bought CABB from AXA. Like AXA, it has expansion in mind. With Bridgepoint’s backing, CABB purchased the Finnish custom chemicals maker KemFine from the private equity firm 3i in August 2011. According to CABB, the combined custom manufacturing business ranks as the world’s third largest for agrochemicals after Saltigo and Lonza.

“About 50% of our business is in custom manufacturing,” says Andreas Veit, director of sales and marketing for CABB’s custom manufacturing business. The KemFine acquisition expanded the customer base and added complementary capabilities. “It was a good match,” Veit adds. “The commercial batch capacities of CABB and KemFine are complementary, and CABB brings along pilot- and small-scale capabilities as well as continuous process technology.”

The rest of CABB’s business is primarily in the production of chlorinated acetyl building blocks, where it is a leading producer of MCAA and its derivatives. Its German and Indian plants focus on these chemicals, while facilities in Finland and Switzerland handle custom manufacturing. The firm is back-integrated into chlorine and basic sulfur chemicals, as well as chlorination, sulfonation, and methylation reagents, which serve as raw materials for the production of intermediates and customized products.

CABB’s largest group of customers, at about 40% of sales, is agrochemical companies. The rest are in personal care, pharmaceuticals, nutrition, and other specialty and performance chemicals, says Ulf Björkqvist, CABB’s general manager for strategic development. “We are diversified, which means that we are less vulnerable to economic cycles,” he explains. “We want to keep this base and not be too dependent on any single segment.”

Although CABB had been a raw material supplier to SF-Chem and KemFine, the supply-chain connection is not what drove the company to acquire them, Björkqvist says. “It was more the industrial synergy and consolidation of the industry, in this case supported by Bridgepoint.”

This approach to growth has made sense, according to industry consultant Jan Ramakers. CABB started with MCAA, then added related intermediates. Later it folded in custom manufacturing focused largely on agriculture, a market that was already an outlet for its for products. A theme running through all the acquisitions has been the idea of how the business dynamics work, rather than purchasing businesses which are unfamiliar, Ramakers says.

Although CABB produces agrochemical active ingredients, its offering to pharmaceutical customers is advanced intermediates, not active ingredients that must be produced under current Good Manufacturing Practices. “There is a lot of cGMP capacity out there already, and if you build up cGMP capabilities, then your cost structure becomes out of place for agrochemicals and other specialty chemicals,” Veit points out. “We’d rather look for and cultivate the technologies and capabilities that we can offer our customers and address the complete chemical industry.”

Despite consolidation, the pharmaceutical industry is still quite fragmented, whereas the agrochemical market has become highly consolidated. “The top six players have 80% of the market,” Björkqvist says. This shrinkage has resulted in some attrition among chemical suppliers, but those that remain serve an industry expected to offer sustainable single-digit growth, thanks to population growth, changing dietary habits, and limited arable land, he explains.

“Some sourcing is now actually being done in Europe again, as well as in Asia,” Ramakers says. “There certainly is more of a market for agchem intermediates in the West than there has been for a while.” Security of supply, proximity, customer support, and more chemically complex products are among the factors contributing to the shift back.

Although CABB faces rivals in both the West and Asia, “our main competition is in-house production” by agrochemical companies, Björkqvist says. “By conducting complex chemistries at the highest standards, with a strong focus on continuous improvement and high productivity, we try to differentiate ourselves.”

Björkqvist believes that the strong players will survive if they have sufficient critical mass, both as companies and at their production sites. To that end, CABB recently decided to spend more than $13 million on capacity expansion at its Swiss and Finnish facilities.

Although the company has a plant in India, it has operated mainly out of a European manufacturing base. “In MCAA, we want to play a bigger role in the global market for this important building block and we are evaluating all options at this stage,” Björkqvist says. “This is also true for the custom manufacturing business,” Veit adds.