Company Of The Year 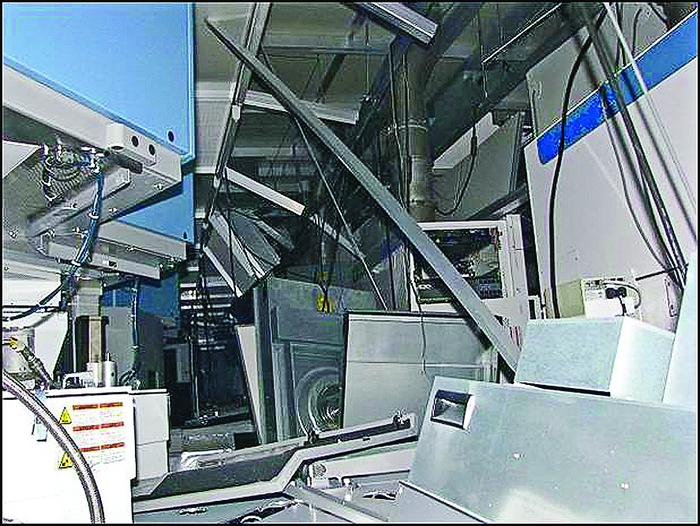 Since its inception in 2008, C&EN’s chemical company of the year feature has acknowledged companies embarking on major transformations or that have achieved superlative performance. This year, C&EN recognizes perseverance.

C&EN’s choice for 2011 is Shin-Etsu Chemical, for exemplary tenacity in getting back to normal after the Great East Japan Earthquake.

The 9.0-magnitude quake, one of the largest ever recorded, struck on the afternoon of March 11, 2011. Its epicenter was in the Pacific Ocean not far from the Japanese coastal city of Sendai. In the nation that is probably most prepared for such disasters, the death toll from the quake and the subsequent tsunami surpassed 15,000 people.

Two of Shin-Etsu’s plants—in Shirakawa and Kashima—sustained damage. In Shirakawa, about 100 miles from the epicenter, Shin-Etsu makes 300-mm silicon wafers used to fabricate semiconductors. According to the electronics market research firm iSuppli, the plant provides 20% of the world’s silicon wafers.

Kashima is 50 miles north of Tokyo on the Pacific coast. Several firms operate at the site, which is centered on a Mitsubishi Chemical ethylene cracker. Shin-Etsu’s facility makes polyvinyl chloride and optical fiber preform, a precursor to fiber-optic cables.

After the quake, three workers at the Shirakawa plant were injured but swiftly returned home from the hospital. The company suffered no other casualties.

Shin-Etsu Chairman Chihiro Kanagawa ordered employees to “please put your highest priority on safety and never act with undue haste. Collect information on the status of any damage that may have occurred and start up reconstruction efforts.”

Shin-Etsu officials began inspecting the damage, but it was tough going because of intermittent aftershocks. Kashima had been inundated with 3 feet of seawater from tsunami waves. Shipping berths were marred, roads coming in and out of the complex were impassable, and utilities such as electricity and water were knocked out.

In Shirakawa, ceiling panels and light fixtures tumbled to the floor. Shear forces jerked equipment out of alignment. However, foundations, beams, walls, and even windows stayed intact. The structures were built to withstand huge earthquakes.

By early April, the company understood the scope of the damage, but it couldn’t determine when it might have the plants running again. Meanwhile, the firm’s large rebuilding effort was gaining steam.

Other Shin-Etsu employees, customers, and suppliers delivered relief supplies such as food, water, and clothing to Shirakawa plant staffers. Because many employees’ homes suffered damage, Shin-Etsu provided company housing, as well as subsidies for home repairs.

Construction firms and even customers pitched in with the recovery effort. For about two months, some 1,000 workers engaged in daily reconstruction at the Shirakawa plant.

On April 11, one month after the earthquake, Shin-Etsu reported that it was shipping silicon wafers out of Shirakawa from pre-earthquake inventories.

On July 1, the company reported a full recovery of the Shirakawa complex to its pre-quake operating rates. “Fantastic, amazing speed,” said Yoshihiro Azuma, a stock analyst with Jefferies & Co., about the firm’s recovery effort. “Immediately after the earthquake, the infrastructure and the town were also damaged so the employees working there had to stay away for some time,” he told C&EN.

The Kashima plant had a host of different problems. Because the quake also knocked out Shin-Etsu’s suppliers to the site, a big issue was access to raw materials. On April 11, the company attempted to restart operations at the optical fiber preform plant but had to halt that same evening because of a severe aftershock. A week later, the company began gradually ramping up preform operations in earnest.

Shin-Etsu resumed production at the Kashima PVC plant on April 28, resorting to its own inventories of raw materials because its suppliers weren’t back onstream yet. The company commenced full-scale PVC production after the restart of Mitsubishi’s cracker on May 20.

Shin-Etsu wasn’t C&EN’s only candidate for company of the year. Solvay deserves mention for its $4.8 billion acquisition of French specialty chemical maker Rhodia. With the purchase, Solvay took the cash it raised in 2010 from the sale of its pharmaceutical business and plowed it back into specialty chemicals.

Similarly, Clariant bought catalyst and adsorbents maker Süd-Chemie for $2.6 billion. The purchase capped a multiyear restructuring effort at the company, which had struggled since an ill-fated diversification into pharmaceutical chemicals in 2000.

But in 2011, Shin-Etsu proved that just putting things back the way they were can be a big accomplishment by itself.—Additional reporting by Jean-François Tremblay.

Petrochemicals
Sasol looks ahead to Lake Charles restart
Petrochemicals
Chemical makers mostly unscathed by Hurricane Laura
Petrochemicals
Ascend nylon supplies back to normal
Share X
To send an e-mail to multiple recipients, separate e-mail addresses with a comma, semicolon, or both.
Title: Company Of The Year
Author: Alexander H. Tullo
Chemical & Engineering News will not share your email address with any other person or company.