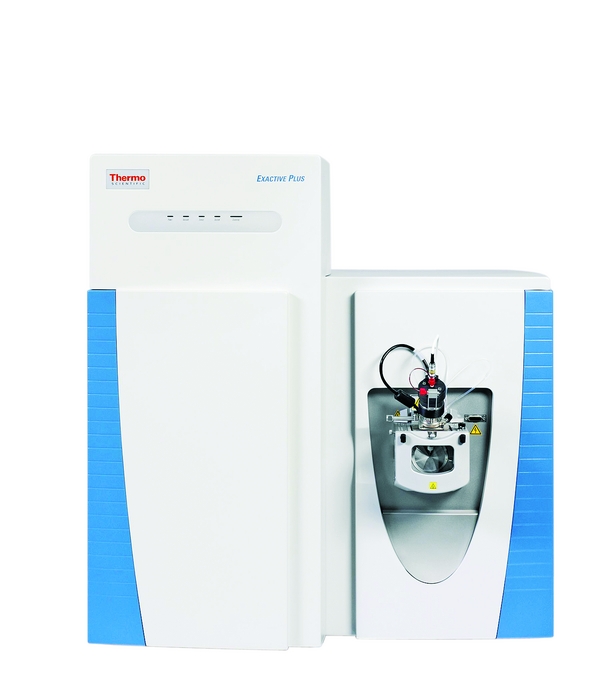 Thermo Fisher Scientific unveiled an updated version of its entry-level benchtop Orbitrap instrument. The Exactive Plus, which can acquire high-resolution, accurate mass data, extends the capabilities of its predecessor with improved signal processing, ion optics, and ion transmission technologies. The Exactive Plus doubles the scan speed of the original instrument, an improvement that can be translated into either higher throughput at the original resolving power or doubled resolving power at the same throughput. The instrument can achieve a maximum resolving power of 140,000. The faster scanning speed also means that the new instrument can acquire exact mass measurements at a pace needed to keep up with fast chromatography applications. The instrument can measure ions with mass-to-charge (m/z) ratios between 50 and 6,000, which improves the analysis of intact proteins and singly charged ions. The Exactive Plus is fully upgradable in the field to the Q Exactive, a quadrupole-Orbitrap hybrid system, the next tier of the Exactive family of instruments.