DHS, industry say federal antiterrorism program is getting back on track 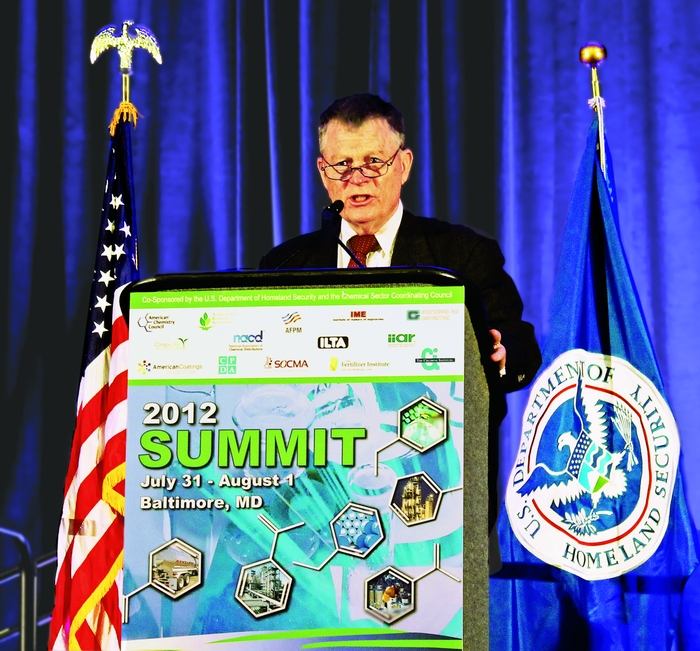 The Department of Homeland Security is making progress in correcting problems that have stymied implementation of the government’s five-year-old program for safeguarding U.S. chemical facilities against terrorist threats, according to top federal security officials.

DHS Undersecretary Rand Beers acknowledged that the department has had “some challenges” putting the Chemical Facility Anti-Terrorism Standards (CFATS) in place. He made this observation during his address to 650 chemical industry representatives and security professionals at the 2012 Chemical Sector Security Summit, which was held in Baltimore on July 31 and Aug. 1. The annual event is cofunded by DHS and the Society of Chemical Manufacturers & Affiliates (SOCMA), a trade association for the specialty chemical industry.

But Beers said DHS has made substantial changes since last December, when a negative internal review of CFATS became public. The document revealed that the program has been plagued by a series of problems, including high leadership turnover, poor hiring decisions, and a culture within the department that allowed personnel to underperform (C&EN, Jan. 9, page 6).

Industry officials told C&EN that recent management changes at DHS have led to a “marked and noticeable improvement” in the CFATS program and voiced optimism that the department will continue to make the necessary modifications in operations.

CFATS was established by DHS in 2007 under a congressional directive, but the antiterrorism initiative has been slow to get off the ground. The program requires 4,425 facilities that manufacture or store threshold amounts of approximately 300 highly hazardous chemicals to conduct vulnerability assessments, develop site security plans, and submit the plans to DHS for review and approval. DHS has completed initial reviews of only 63 site security plans—up from just one a year ago—and none have received final approval.

In response to the internal CFATS review, DHS has established a detailed plan with 94 action items to improve the efficiency of the program, Beers noted. Most of the items involve improving management practices such as the hiring and training of personnel, streamlining the process for reviewing facility security plans, and developing facility inspection processes.

“I can report that more than 60% of those action items have been completed,” Beers said. “We’ve made a lot of progress. We have built a framework for CFATS in a very short period of time for a program of this nature. We now have a very strong, capable leadership team that will make CFATS an even more effective and efficient program.”

Lawrence D. Sloan, chief executive officer of SOCMA, said that having a “comprehensive set of security standards such as CFATS that is enforced by DHS is in our nation’s best interest.” He also expressed confidence that “the folks at DHS are making the necessary midcourse adjustments to keep the program on track.”

With terrorism a continuing threat, Sloan said, the alternatives to CFATS are not acceptable. “Just consider the options: either no security standards at all, or, on the opposite end of the spectrum, prescriptive one-size-fits-all mandates that do not preserve the necessary flexibility for an industry as diverse as ours.”

A coalition of environmental and labor groups, however, has argued that CFATS is flawed because the underlying law prohibits DHS from requiring chemical plants to implement so-called inherently safer technologies. Such changes would involve replacing dangerous chemicals and production processes with safer alternatives, when they are available.

On July 25, the coalition petitioned the Environmental Protection Agency to use its authority under the Clean Air Act to force chemical facilities to switch to safer processes. “Defending facilities as they currently exist against attack is not a substitute for designing them to be inherently safer,” the petition says. “DHS has not required safer chemical processes that would prevent chemical releases that can occur not only as a result of security breaches, but also because of process accidents or natural disasters.”

At a press briefing during the conference, Sloan voiced strong opposition to the proposal outlined in the petition, saying it could create confusion for manufacturers over possibly conflicting and contradictory regulations. He also noted that the chemical industry operates many different types and sizes of facilities. CFATS allows companies to apply protective measures that are tailored to each plant site’s specific security challenges, Sloan said.

“It’s not necessary to have EPA involved in chemical security,” added William E. Allmond IV, SOCMA’s vice president for government relations. CFATS, he said, “is a very comprehensive program. The DHS secretary has the authority to shut down a facility for noncompliance. I don’t know how much stronger a regulatory program can get than that.”

During the two-day summit, intelligence analysts said there are no current terrorist threats specific to the chemical sector. But DHS is concerned about the potential for theft or diversion of chemicals that could be used in an attack, explained Jonathan Tobey, director of private-sector partnerships in the DHS Office of Infrastructure Protection.

Obtaining weapons of mass destruction (WMD) is a long-standing al-Qaeda goal, Tobey noted. He cited a recent article in the English-language jihadist magazine Inspire, published by al-Qaeda affiliates in Yemen, in which the terrorist organization calls for the use of biological and chemical weapons against the U.S.

According to Tobey, the author encourages those with microbiology and chemistry degrees to develop biological or chemical toxins such as botulism or cyanide. The author refers to WMDs as the “next stage … [in] the war with America.” Tobey quoted the article as stating that such an attack could result in “hundreds if not thousands of casualties.”

In response to this type of threat, DHS is trying to devise a workable plan for “identifying known or suspected terrorists who are seeking access to high-risk chemical facilities,” said David Wulf, deputy director of DHS’s Infrastructure Security Compliance Division, which manages CFATS.

Personnel screening is a required component of site security plans. But stakeholders have expressed concern over the way DHS plans to implement this piece of the program.

Last month, the department withdrew a proposal that would have required chemical companies to submit background information on thousands of employees, contractors, and visitors with unescorted “access to restricted areas or critical assets” at plant sites. DHS would then run the data through the Federal Bureau of Investigation’s Terrorist Screening Database, the central terrorist watch list used by multiple government agencies.

SOCMA and other industry groups objected to the plan, charging it duplicated other security vetting programs in which they already participate and would create costly paperwork and liability burdens. Environmental and labor groups also opposed the proposed standard, raising privacy concerns.

Wulf said DHS is working to develop a revised plan. But he insisted that the lack of a personnel screening system is not slowing down the process of approving facility security plans or hindering progress on broader CFATS implementation. “We do need to get this done.”