China Cracks Down On Fake Drugs 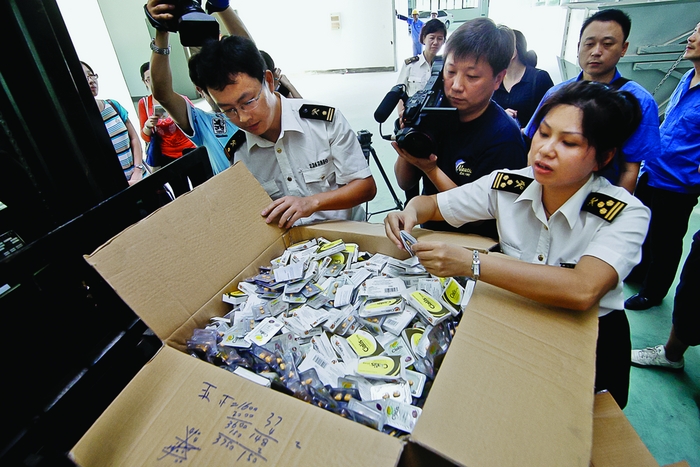 China Cracks Down On Fake Drugs

The Chinese government is coming down hard on drug counterfeiters while also issuing new regulations aimed at improving the quality of legitimate pharmaceuticals.

In nationwide raids announced last week, 18,000 Chinese police detained more than 1,900 people suspected of making or selling fake drugs, according to the Chinese Ministry of Public Security. Authorities seized $182 million worth of counterfeit medicines. The counterfeits were advertised for treating hypertension, diabetes, cancer, and other conditions, but in fact caused liver, kidney, and cardiovascular damage.

Asia ranks first among geographic areas frequently linked to pharmaceutical crime, according to the Pharmaceutical Security Institute, an industry-backed nonprofit group. In 2011, 954 of 1,986 reported incidents occurred in the region. The high numbers often reflect active law enforcement and inspection efforts, PSI points out.

The Chinese ministry acknowledges that counterfeit crime is far from being eradicated and that methods to hide it have become more deceptive (see page 11). The government says it is nevertheless trying to disrupt production and distribution of fake drugs. In the latest raids, 1,100 such sites were destroyed. The ministry is offering rewards of up to $7,800 to whistle-blowers.

Excipients production is relatively new in China, having emerged in just the past 30 years, Xinhua reports. Legislation governing the sector wasn’t created until 2001, and SFDA issued its first quality management guidelines only six years ago.

As outlined in the new regulations, SFDA will increase its monitoring of drug formulators and excipient manufacturers. New excipients, or those potentially posing safety risks, will have to be registered and approved.