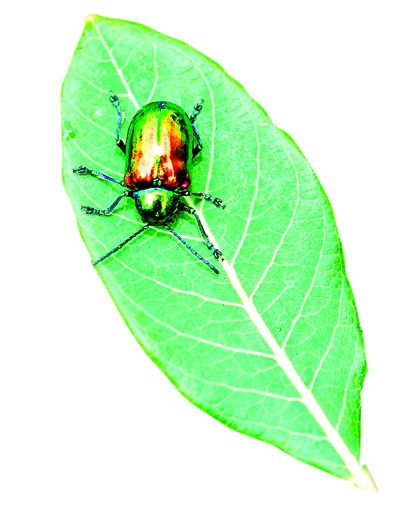 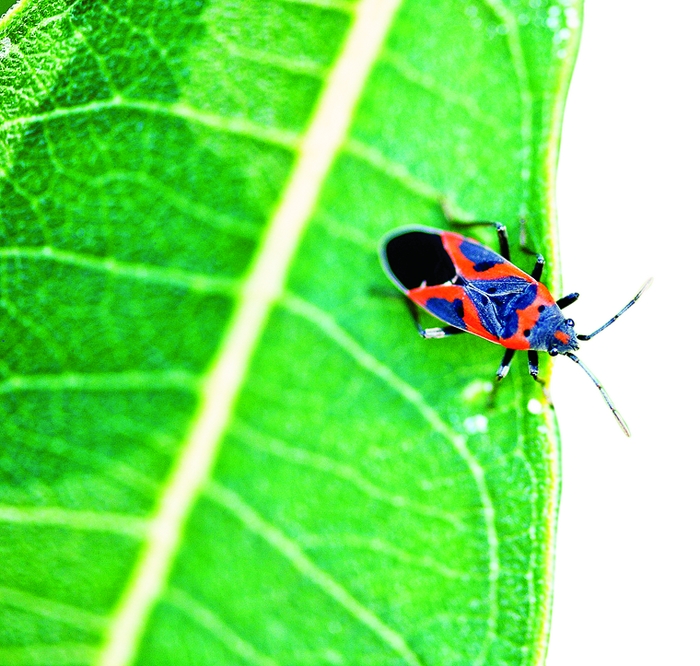 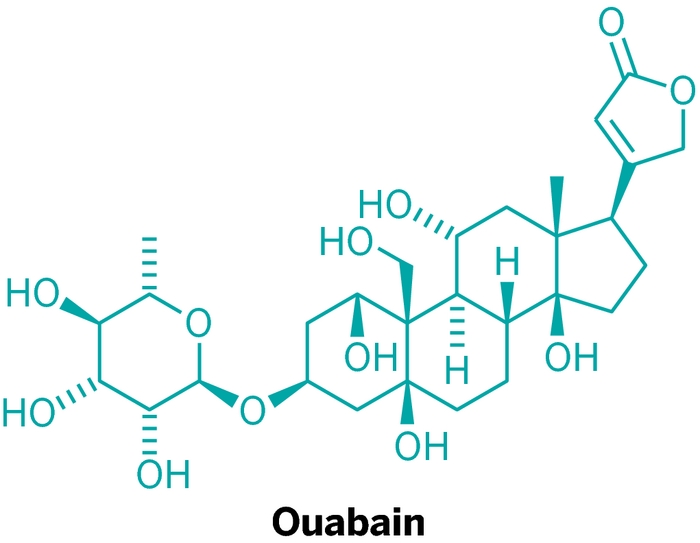 Both dogbane beetles (top) and milkweed bugs (center) have evolved defense to poisonous plant cardenolides, such as ouabain.

To ward off insects and other animals that may eat their leaves for lunch, plants such as foxglove, oleander, and milkweed produce heart-stopping and brain-freezing compounds called cardenolides.

In response, a wide diversity of insects, including monarch butterflies, pea aphids, and flour beetles, have evolved resistance to this poison—a form of protection that researchers have now discovered is due to clever tweaking and copying of a gene for a protein called ATPα (Science, DOI: 10.1126/science.1226630).

When unprotected insects ingest cardenolides, the poison inhibits ATPα, an ion transport protein that is crucial for muscle contraction, neural function, and other cellular processes, explains Peter Andolfatto, an evolutionary biologist at Princeton University who led the study.

But some insects can survive a meal of cardenolide-full leaves. Andolfatto’s team found that most of these poison-leaf-eating insects have evolved mutations at a handful of positions in the ATPα protein. The mutations block any ingested cardenolides from binding. And his team discovered that, instead of inheriting this useful mutation from a common ancestor, diverse species of insects have evolved this poison protection mechanism in parallel.

“The question of how insects manage to avoid toxic compounds in the plants that they eat is usually studied one species at a time,” comments Jonathan Gershenzon, a director at the Max Planck Institute for Chemical Ecology, in Germany. The strength of Andolfatto’s research, he says, is its broad approach, showing the parallel defense strategy that has evolved in some 20 insect species across three taxa.

It’s not the first time researchers have observed parallel evolution of a useful characteristic at the protein level. Another example is the protein prestin, which is located in the inner ear of all mammals. Prestin evolved mutations independently in bats and whales to permit those animals’ echolocation and ultrasonic hearing, comments Jianzhi (George) Zhang, who studies molecular evolution at the University of Michigan, Ann Arbor.

Andolfatto’s team also discovered that some insects used an additional evolutionary strategy to develop resistance to the plant toxins—a strategy that also ensures optimal functioning of the ion transporter in their brain.

These insects duplicated the gene for ATPα in their genome so they had two copies. One copy of the duplicated protein evolved the ability to sidestep cardenolide binding and thus its toxicity, Andolfatto says. This version of the gene gets expressed in the insect’s stomach and other tissues exposed to the poisonous plant leaves.

However, the second copy of the ATPα gene did not evolve mutations that conferred resistance—mutations that presumably also diminish performance of the ATPα protein in ion transport. This nonmutated, cardenolide-sensitive form of ATPα gets expressed in the brain, an area where optimal ion transport is essential and which is protected by the blood-brain barrier from exposure to ingested toxins.

By having two copies of the ATPα gene, these insects get the best of both worlds. They have complete poison protection where they need it and a perfectly operating ATPα protein elsewhere.

Comments
Winton D. Jones Jr. (October 12, 2012 12:15 PM)
The possible binding mode of Ouabain to the ATP would be of particular usefulness in an older area of research concerning digoxin and digitoxin, which are still useful in congestive heart failure but have a very narrow therapeutic index.
Reply »