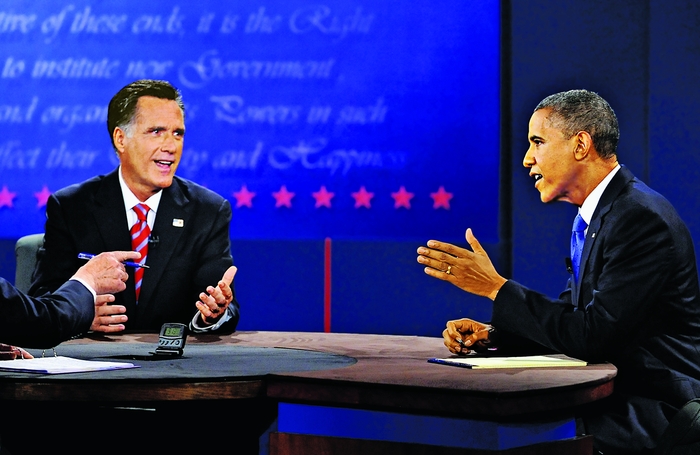 In what was supposed to be a presidential debate about foreign policy, President Barack Obama and his Republican challenger, Mitt Romney, repeatedly steered the conversation toward strengthening the U.S. economy and maintaining U.S. competitiveness. And although the candidates briefly revisited their plans for energy and education policy to accomplish these goals, support for basic science funding was also part of the mix.

The President mentioned the importance of R&D funding to economic growth and global competitiveness at least four times during the 90-minute debate. For example, he said, “If we don’t continue to put money into research and technology that will allow us to create great businesses here in the U.S.,” the country will lose its competitive edge to nations such as China.

Former Massachusetts governor Romney mentioned basic research funding once, but not as a means to foster competitiveness or economic prosperity. Instead, he brought it up to make the point that such funding should go to universities, not companies. “Research is great,” he said, but the federal investment in companies such as Tesla or Fisker to develop electric-car batteries isn’t basic research. He added that, if elected, he would end such federal investments.

The debate also touched on the looming government-wide budget cuts known as sequestration that are set to take place on Jan. 2, 2013. Romney made it clear that he would protect military spending from these cuts, which are the mandated results of Congress’ failure to reach agreement on cutting the federal budget deficit.

But the President went further on the subject of sequestration. He stated emphatically: “It will not happen.” His confidence may indicate that he has a plan to break Congress’ impasse on the issue.

Romney outlined a plan that he said would get the U.S. to a balanced budget in eight to 10 years. First, he said, he would immediately put in place a 5% cut to all nondefense discretionary federal spending. Then, he continued, he would get rid of programs “that we don’t absolutely have to have” and shift control of other federal programs to states.

Policy
Science absent from State of the Union
Environment
Obama Unveils Agenda
Policy
Obama Seeks Delay Of Spending Cuts
Share X
To send an e-mail to multiple recipients, separate e-mail addresses with a comma, semicolon, or both.
Title: Obama, Romney Meet For Final Debate
Author: Susan R. Morrissey
Chemical & Engineering News will not share your email address with any other person or company.