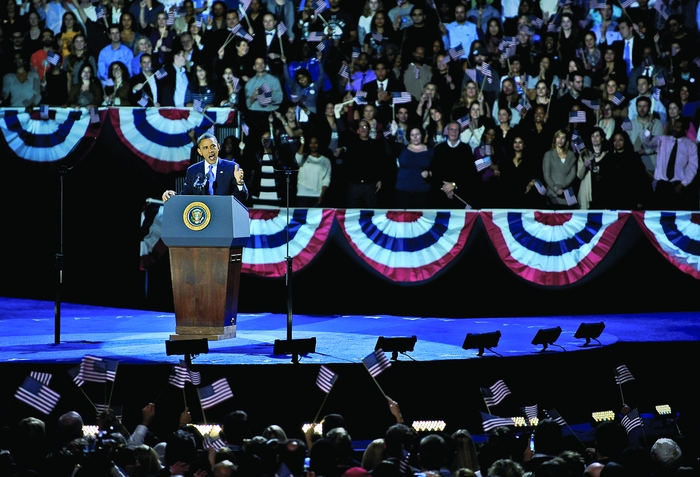 Voters last week gave President Barack Obama another term, while keeping the Senate under Democratic control, and the House of Representatives under that of the Republicans. But, although they chose the status quo on the control front, voters also sent their leaders in Washington, D.C., a message that, for the good of the country, bipartisan action is needed. 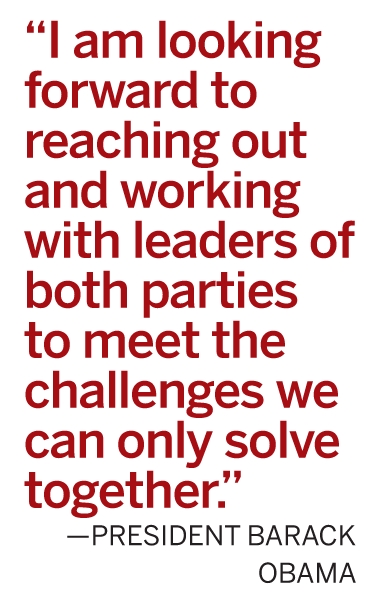 Leaders in both parties appeared to get that message and, following the election, expressed willingness to work together.

“Tonight, you voted for action, not politics as usual,” President Obama said in his victory speech, which emphasized the need for bipartisanship. “You elected us to focus on your jobs, not ours,” he added.

This openness to cooperation between the Democratic and Republican parties will be tested this week as Congress returns to Capitol Hill. The lame-duck session will be dominated by the search for a way to avoid the so-called fiscal cliff—the combination of expiring tax cuts and automatic cuts to federal programs set to kick in at the start of 2013. The threatened draconian cuts are the result of a failure by Congress to agree on a deficit reduction plan.

Senate Majority Leader Harry M. Reid (D-Nev.) and House Speaker John A. Boehner (R-Ohio) echoed the President’s message the day after the elections. Both men say they are open to working with the other side of the aisle to find a balanced approach to debt reduction and strengthening the U.S. economy.

“Gridlock is not the solution, it’s the problem,” Reid said at a Nov. 7 press conference. He promised to draw no lines in the sand for negotiations to avoid the fiscal cliff, and said he “will do everything in my power to be conciliatory.”

Boehner responded later in the day saying he wants to “create an atmosphere where we can find common ground and seize it.” For the first time, he said, Republicans are open to increasing federal revenues through taxes in addition to cutting spending to control the deficit.

Although the elections did not alter House and Senate leadership, the results will cause some shifts in the makeup of a number of congressional committees.

In the Senate, the Democratic majority over Republicans grew by a net of two seats to a 55 to 45 advantage. Democrats will still need to work hard to find the 60 votes necessary to overcome threats of filibustering to legislation that is opposed by Republican senators.

The elections brought in six new senators and will kick off a rush to fill committee slots. So far, only a few possible changes are clear—most will await party caucuses. For example, the Senate Energy & Natural Resources Committee, a key energy committee, is expected to be led by Oregon’s Sen. Ron Wyden (D), who takes over from retiring Sen. Jeff Bingaman Jr. (D-N.M.). Joseph I. Lieberman (I-Conn.) also retired this year, leaving open his position as chairman of the Homeland Security & Government Affairs Committee, which oversees chemical company security measures. It is likely that Sen. Thomas R. Carper (D-Del.) will assume leadership of that committee.

In the House, Republicans kept their majority, although they had a net loss of seats, they have a 234 to 193 advantage with 8 seats still undetermined.