Pharmaceutical Sales And Earnings Growth Remain In The Doldrums

Most major firms continue to see declining sales and earnings

SCRAPING BY
[+]Enlarge
Credit: Sanofi
Sanofi is one of just a few firms with sales growth this year. 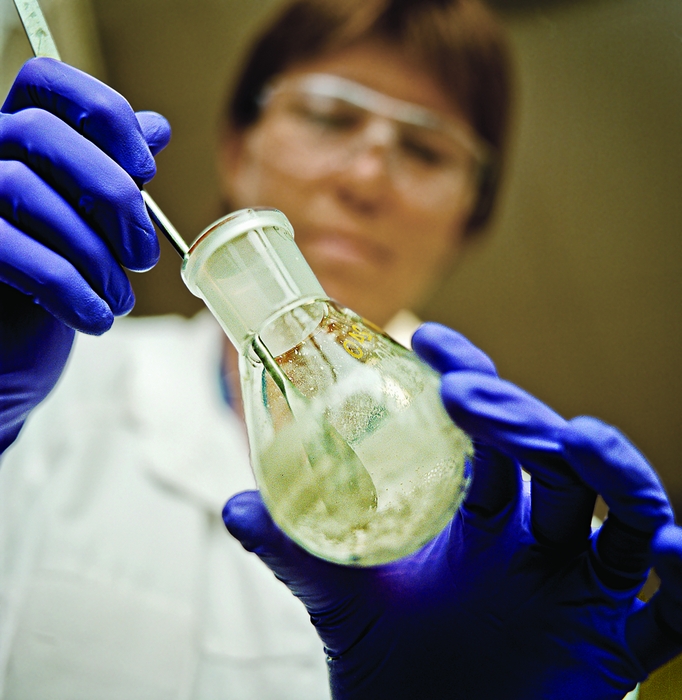 Credit: Sanofi
Sanofi is one of just a few firms with sales growth this year.

The pharmaceutical industry more than survived the recession, posting sales and earnings growth annually from 2008 to 2011. This year, though, it is succumbing to a different affliction: A rash of patent expirations has spread throughout the first nine months and put the sector on track to finish 2012 below 2011 levels.

Four companies reported double-digit drops in sales, and five had similar-sized slides in earnings. Hardest hit was Bristol-Myers Squibb. Its third-quarter sales plummeted 30.1% to $3.7 billion, and earnings dropped by an even larger 34.3% to $685 million. U.S. patents expired in March on its high blood pressure drug Avapro and in May on the blood thinner Plavix. Excluding these two products, the company’s sales were up 7% compared with the third quarter of 2011.

In October, in a post-patent repositioning, BMS restructured a long-term alliance with Sanofi for Plavix and Avapro in most major markets. Worldwide sales of Plavix had fallen from $5.4 billion in the first nine months of 2011 to $2.5 billion in the same period in 2012. And the end is clearly in sight—according to the full-year prediction for Plavix, the fourth quarter will bring just $100 million more in sales.

Despite challenges arising during this year’s third quarter, including the halt of a hepatitis C drug in Phase II trials, BMS Chief Executive Officer Lamberto Andreotti professed optimism. “Though we, together with the entire industry, continue to face macroeconomic headwinds, especially in Europe, I believe our strategy and our product and geographic diversification will support us going forward,” he told stock analysts in a recent conference call.

As BMS tries to rebuild its product portfolio, Andreotti said the company remains committed to hepatitis C drugs as it also expands in other areas. In August, BMS acquired Amylin Pharmaceuticals, a deal that added three marketed diabetes drugs to its pipeline, and expanded a diabetes-related alliance with AstraZeneca. To participate in the product development and sales collaboration, AstraZeneca paid BMS $3.7 billion.

AstraZeneca reported big pharma’s second-largest quarterly sales decline at 18.6%. CEO Pascal Soriot, who joined the company from Roche on Oct. 1, sounded like many of his industry colleagues when he told analysts that, “in addition to the well-known challenges that confront the pharmaceutical sector as a whole, the loss of exclusivity of several of our brands in major markets has largely defined the financial performance in the first nine months of 2012.”

For AstraZeneca the biggest impact was from patent expiration for the anti­depressant drug Seroquel IR in March. As a result, nine-month sales of Seroquel IR were down 71% to $709 million in the U.S. And generic competition was already eroding sales, particularly outside the U.S., of its heartburn drug Nexium. During the first nine months of 2012, Nexium sales fell 12% to $2.9 billion.

Planning ahead, AstraZeneca sold Pfizer worldwide rights to over-the-counter Nexium in August. Pfizer paid $250 million up front and will pay AstraZeneca performance-based milestone and royalty payments. AstraZeneca will continue to manufacture and market the prescription product and will supply Pfizer with the over-the-counter version. The companies are now exploring similar consumer product agreements for other AstraZeneca products.

Indeed, consumer health care is among the Pfizer businesses that have been growing in 2012. Other growth businesses are animal health, emerging markets, and established products, which include generic drugs and off-patent branded products. Pfizer has made moves, however, to sell a stake in its animal health business, called Zoetis, through a public stock offering. It has also sold off noncore drug formulation and nutrition businesses.

Meanwhile, sales in Pfizer’s primary care drug business plunged 39% in the third quarter. The unit lost $2.3 billion in sales after patent protection on the cholesterol drug Lipitor expired in the U.S. in late 2011 and in Europe in mid-2012. The firm shifted any remaining Lipitor revenues, about $320 million in the third quarter, to its established-products unit. Sales of specialty care drugs dropped 10%.

Overall, Pfizer’s results in the quarter reflected continued losses of product exclusivity, CEO Ian C. Read said when reporting earnings on Nov. 1. And despite what Read called a “challenging and dynamic environment,” worldwide revenues from many key products continued to grow, as did emerging markets such as China.

A similar story played out at Eli Lilly & Co., where third-quarter revenue declined 11.5%, driven by patent expirations on its schizophrenia drug Zyprexa in most markets outside Japan. Earnings fell 29.2%. For the full year, Lilly expects a decline of more than $3 billion in Zyprexa sales. The loss should be partially offset by sales of newer products and double-digit growth from the firm’s Elanco animal health ­business.

“The third quarter was an eventful one for Lilly, as we gained a better understanding of several potential new medicines in our clinical pipeline,” CEO John C. Lechleiter told analysts. Like most CEOs reporting earnings this quarter, he emphasized efforts within the company to advance new products through clinical development and on to the market.

Executives at companies battling patent expirations can look to Sanofi for proof that falling off the patent cliff need not be fatal. Total company sales at the French firm were up 3.3% in the quarter and 6.2% over nine months, even though pharmaceutical sales were negatively affected by competition as well as by austerity measures in Europe. In the third quarter, the company lost $575 million in sales as a result of generics competition, primarily for the cancer drug Eloxatin and the anticoagulant Lovenox in the U.S. and for a few products in Europe.

But Sanofi has the advantage that it now can look beyond the cliff, CEO Christopher A. Viehbacher pointed out. “The loss of exclusivity for Eloxatin in August in the U.S. marks the final step in the genericization of our legacy blockbusters,” he said.

Today, Sanofi’s growth markets, which include the diabetes area and the Genzyme biopharmaceuticals unit, account for more than 70% of its sales. These businesses, along with cost-control measures, have allowed the company to limit the impact of the patent losses on earnings. For the first nine months of 2012, Sanofi’s earnings were down just 1.7%.

Similarly, growth in new-product sales helped Merck & Co. counter the start of U.S. generics competition to its asthma drug Singulair in August. In the quarter, the company faced negative impacts of $1.2 billion—$700 million from Singulair and $550 million from currency exchange effects. Even so, it posted just a 4.4% drop in sales and kept earnings flat.

Merck believes its four-part strategy of building its core business, expanding geographically in high-growth markets, extending complementary businesses, and managing costs will keep it on track for weathering short-term market volatility and driving longer-term value. CEO Kenneth C. Frazier expects the company will make good on its plan to maintain 2012 sales near 2011 levels. But he also acknowledged that 2013 will be a challenging year.

Despite the near-term woes, Standard & Poor’s analyst Herman B. Saftlas believes that long-term prospects for the drug industry remain favorable. He anticipates regulatory approvals of new molecular entities in 2012 will approximate the 30 approved in 2011, which was well above the 21 that made it to the market in 2010.

“Although the sector continues to face top-line pressure from patent expirations on many top-selling drugs, as well as from negative foreign exchange,” Saftlas wrote in a recent third-quarter analysis, “we believe overall industry profits should hold up relatively well, helped by expanding sales of new innovative drug therapies and margin improvements accruing from cost restructurings and merger synergies.”

Business
Troubles Peak For The Drug Industry
Business
Generic Drug Competition Erodes Pharmaceutical Company Profits
Business
Pharma Sees The Start Of The End
Share X
To send an e-mail to multiple recipients, separate e-mail addresses with a comma, semicolon, or both.
Title: Pharmaceutical Sales And Earnings Growth Remain In The Doldrums
Author: Ann M. Thayer
Chemical & Engineering News will not share your email address with any other person or company.