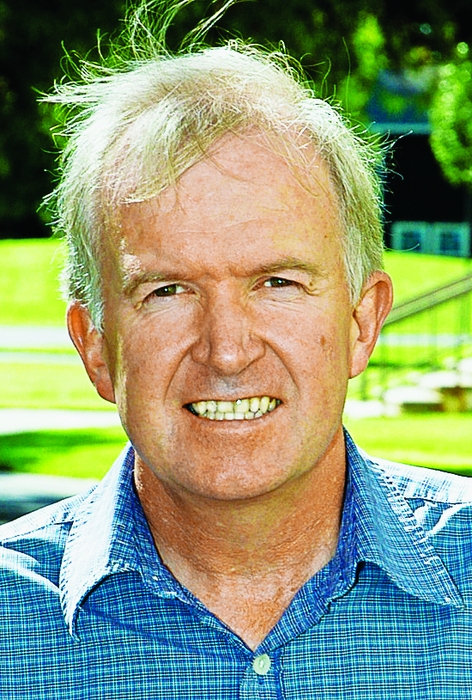 In a high school in Ireland many years ago, a student witnessed his first chemical reaction—a deep blue substance was heated, then turned white, only to have its color return when the teacher added water to it. Next, the teacher replaced the water with ammonia, turning the substance a deeper blue. The teacher explained the crystal field theory behind the behavior of the substance, which was used to combat potato blight, and that lesson triggered the student’s interest in chemistry. The substance was copper(II) sulfate, also known as bluestone, and the student was Philip P. Power, now 58, whose fascination with such reactions would lead to his winning this award.

“I knew after I left high school that I wanted to study chemistry in university,” Power tells C&EN. “That ambition never wavered.” As an undergraduate, Power began research in an organometallic chemistry laboratory under professor David J. Cardin at Trinity College Dublin, where he became familiar with the laboratory procedures associated with handling air-sensitive molecules. He later moved to the University of Sussex, in England, to work with inorganic chemist Michael F. Lappert, whom he had met at an international conference on coordination chemistry in Dublin in 1973. Power was fascinated by the conference, and it helped further his interest in the field. “You got to see and hear all the leading lights in coordination chemistry at that time,” he says.

While studying for his Ph.D., Power met Harold Goldwhite, who at the time was a professor at California State University, Los Angeles. Goldwhite introduced Power to phosphorus chemistry. Power received his doctorate in organometallic chemistry in 1977 and spent some time doing postdoctoral research with Goldwhite in 1978. Power went on to complete postdoctoral studies in inorganic chemistry at Stanford University under Richard H. Holm.

In 1981, Power became a professor at the University of California, Davis, where he began to focus on low-coordinate transition-metal complexes and synthesized many of the first examples of such complexes.

Power has contributed greatly to the knowledge of group-14 and -15 elements and has been influential in furthering understanding of the bonding properties of heavy main-group elements. His team has focused on multiple bonds between group-14 elements, using bulky ligands to make the compounds more stable. In 2005, Power published a paper in Science detailing quintuple bonding between two chromium atoms. Also in 2005, Power and his group reacted hydrogen gas and main-group molecules at standard temperature and pressure—a feat that was considered impossible before. He later produced the first example of a reversible ethylene-main-group-element complex by reacting ethylene with distannynes, which are acetylene analogs containing tin.

He currently lives in Davis, Calif., with his wife, Mary. He has two children from a previous marriage. Power occasionally goes sailing and is also an avid pilot who tries to fly as often as he can.

Power will present the award address before the ACS Division of Inorganic Chemistry.