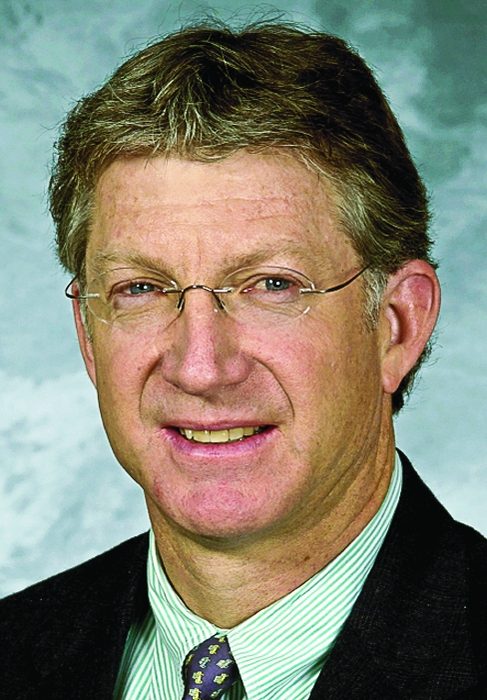 Before he became a well-known theoretical chemist, James L. Skinner was captivated by music and mathematics, two disciplines that Pythagoras once connected with the quote, “There is geometry in the humming of the strings.” In fact, Skinner majored in music early in college, at one point considering a career as a professional French horn player.

But his love of math eventually pulled him in an altogether different direction. Skinner was enthralled by the notion that equations could be used to describe the universe. “Taking this precise language and intimately relating it to what is going on in the physical world was quite appealing to me,” he says.

So Skinner switched gears from music to science so that he could explain physical and chemical processes with equations full-time. Now a chemistry professor at the University of Wisconsin, Madison, he has collaborated with numerous physical chemists to help interpret their results through computational models and mathematical techniques.

Specifically, Skinner, 58, has used both molecular dynamics simulations and quantum mechanics to develop pictures of the vibrational and electronic states of molecules in liquids, solids, and supercritical fluids. “He develops theory, applies it to the newest experiments, and guides experimentalists with suggestions for new measurements,” says F. Fleming Crim, a colleague in the chemistry department at Wisconsin. “The combination has led to remarkable accomplishments that are shaping our understanding of the spectroscopy and dynamics of condensed phases.”

Most recently, Skinner has focused his efforts on describing the ultrafast motion and structure of liquid water. “There’s a lot of interest right now in understanding how water behaves in certain circumstances, including around biomolecules or in fuel cells,” Skinner says. So he has been working with experimentalists who use infrared laser systems to study spectra of the model water system HOD in H2O or D2O. Last year, in collaboration with researchers from the University of Southern California, Skinner determined that the properties of a single layer of water molecules at the air-water interface are different from those of bulk water (C&EN, June 13, 2011, page 33).

Skinner’s studies “have provided for the first time a clear picture of how hydrogen bonds form and break in water,” says his former Ph.D. adviser, Peter G. Wolynes. Honoring Skinner with the Irving Langmuir Award is appropriate “because of the way his work bridges theory and experiment,” says Wolynes, now a professor at Rice University. “It sends a strong message to the scientific community about the great possibilities that are opened up when the two sides cooperate closely.”

Skinner received bachelor’s degrees in chemistry and physics from the University of California, Santa Cruz, in 1975. He then earned a master’s degree in physics at Harvard University, staying on to get a Ph.D. in chemical physics there in 1979.

He is a fellow of the American Academy of Arts & Sciences and the American Physical Society. The honor he is most proud of, however, is the University of Wisconsin Chancellor’s Distinguished Teaching Award, which he received in 2003.

Although Skinner didn’t become a professional horn player, he maintains his connection to music by singing in a local choir.

Skinner will present the award address before the ACS Division of Physical Chemistry.