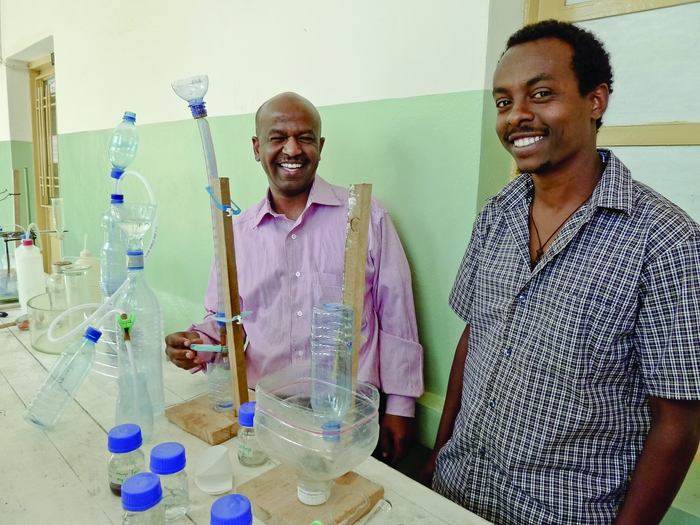 After visiting research labs in South America and seeing the equipment scientists in developing countries have to conduct research, Lina Nilsson, a bioengineering postdoc at the University of California, Berkeley, concluded that scientists in these countries may not have much in the way of actual equipment, but they don’t necessarily lack the resources to do science—they just need a little inspiration to turn what they have on hand into something useful in the lab.

In 2010, Nilsson cofounded the nonprofit Tekla Labs to develop an online library of open-source, do-it-yourself instructions on how to build lab equipment using locally available supplies. Nilsson described Tekla’s recent accomplishments during a talk at the American Association for the Advancement of Science’s annual meeting in Vancouver, British Columbia, on Feb. 17.

“Many places don’t have the tools and infrastructure needed to do science experiments either from an education perspective or from a research perspective,” Nilsson told C&EN. “We wanted to think about creating ways of providing that infrastructure.”

Nilsson is not alone in her endeavors to enable science and science education in developing countries through the use of low-cost equipment. Halfway around the world, Sileshi Yitbarek, a lecturer at Kotebe College of Teacher Education, in Ethiopia, is training primary school teachers on how to design low-cost apparatuses so that the teachers can incorporate hands-on chemistry experiments into their lesson plans. He described his designs in the January issue of the African Journal of Chemical Education, which is published online published online by the Federation of African Societies of Chemistry (2012,2, 32).

The Internet makes it easier than ever before to share ideas on how to design lab equipment, from simple glassware to more complex equipment such as a centrifuge, using inexpensive, locally available supplies, Nilsson says.

“We have responsibilities as scientists to make sure that the work we do isn’t restricted to the haves but is accessible to those who are really limited in resources,” says Peter Mahaffy, a chemistry professor at King’s University College, in Edmonton, Alberta, and past-chair of the International Union of Pure & Applied Chemistry’s (IUPAC) Committee on Chemistry Education. “The whole [chemistry] profession needs to attend both to questions of access and to education, because we know that knowledge in chemistry is transformative.”

The idea of designing low-cost chemistry equipment isn’t new. The United Nations Educational, Scientific & Cultural Organization (UNESCO) and IUPAC have been staunch supporters of the development of low-cost chemistry equipment for decades. In 1979, UNESCO and IUPAC funded a pilot project, led by Krishna V. Sane of the University of Delhi, to determine the sustainability of producing low-cost equipment for developing countries. 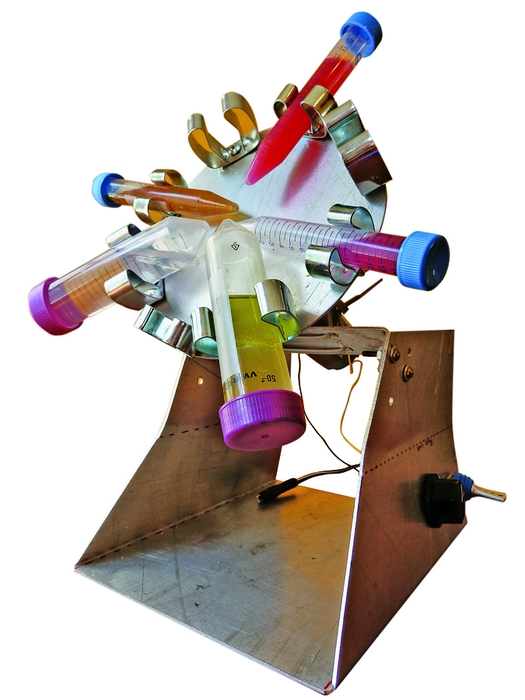 In 1985, UNESCO published a document called “Low Cost Equipment for Science and Technology Education,” which provided designs for more than 80 apparatuses for teaching science and technology, from a simple colorimeter to a magnetic compass. The designs were solicited from scientific institutions in Pakistan, the Philippines, Thailand, Brazil, and Nigeria.

Tekla’s effort harnesses the power of the Internet to involve scientists and educators from around the world as both contributors and users of low-cost chemistry equipment. The nonprofit has so far published on its website do-it-yourself instructions for building two pieces of lab equipment: a sample rotator, used to continuously mix lab samples, and a magnetic stirrer, used to mix fluid samples. Anyone can submit design ideas and instructions for Tekla’s consideration, Nilsson says, and the designs could range from simple apparatuses for teaching to more complex equipment used in research labs.

For each submitted design, Tekla’s team of scientists and engineers assemble the materials and test the instructions to ensure that they are easy to follow and that the components are readily available in the developing world. The team is currently working on the blueprints for six other pieces of equipment, including a temperature-controlled incubator, a spectrophotometer, and a simple microscope. Nilsson says she hopes to someday translate the instructions into different languages.

In Ethiopia, Yitbarek has devised dozens of chemistry apparatuses made out of everyday items. Give Yitbarek a burned-out lightbulb, for example, and he’ll transform it into a laboratory flask. He’ll turn an empty soda can upside down, punch a hole in the bottom, and call it a test-tube holder.

Yitbarek notes that at many secondary schools in Ethiopia, scarce resources prevent students from doing hands-on chemistry experiments. “Chemistry is a practical experimental science, and without doing these kinds of practical activities, it’s impossible to say that you are doing chemistry,” says Temechegn Engida, president of the Federation of African Societies of Chemistry, who was Yitbarek’s graduate adviser in the early 2000s and inspired his work on low-cost chemistry.

Over the past year, hundreds of primary school teachers from around Ethiopia have attended Yitbarek’s workshops to learn how to design low-cost apparatuses. Yitbarek hopes that by enabling these teachers to incorporate hands-on chemistry into their curriculum, the teachers can inspire more students to enter science professions, or at least develop a better appreciation for science. And learning how to build one’s own equipment can be empowering, he says.

Another approach to doing more with less that’s been around for some time is utilizing microscale (or small-scale) chemistry (C&EN, Oct. 3, 2011, page 41 ). By adapting the microscale approach to their specific needs, chemistry educators in developing countries can do small-scale experiments using a minimal amount of chemicals.

One recent example comes from Shrivallabh Kamat, a professor of organic chemistry at Goa University, in India. With the help of his family members, Kamat has assembled more than 5,000 microscale kits that are no bigger than a small shoe box. The kits provide everything educators need to perform seven experiments in environmental chemistry related to air pollution. In 2011, Kamat held 26 workshops at various places around India to give students and teachers hands-on experience using the kits.

Teachers can buy the kits from Kamat; he charges less than $5.00—roughly his cost to manufacture them. “Students require some motivation, and the best way to motivate the students to go for science is by doing experiments,” Kamat says. “Without experiments, just studying from the book and preparing for the exam is not going to develop any interest” among students.

Microscale chemistry may be catching on in many developing countries, but the need for building low-cost equipment still exists. The two approaches complement each other to give scientists and educators with limited resources more options for doing hands-on science, Nilsson says. And with the help of the scientific community, such resources may very well continue to grow.

Undergraduate Education
Integrating green chemistry into gen chem
Careers
Coppola, Others Designated Professors Of The Year
Safety
Chemistry Teachers Get Schooled
Share X
To send an e-mail to multiple recipients, separate e-mail addresses with a comma, semicolon, or both.
Title: Makeshift Chemistry
Author: Linda Wang
Chemical & Engineering News will not share your email address with any other person or company.

Comments
Solomon B. Faris (April 8, 2012 9:45 AM)
I know Yitbarek well. People like him can revolutonize the way we think about and do science. Keep up the good work.
Reply »