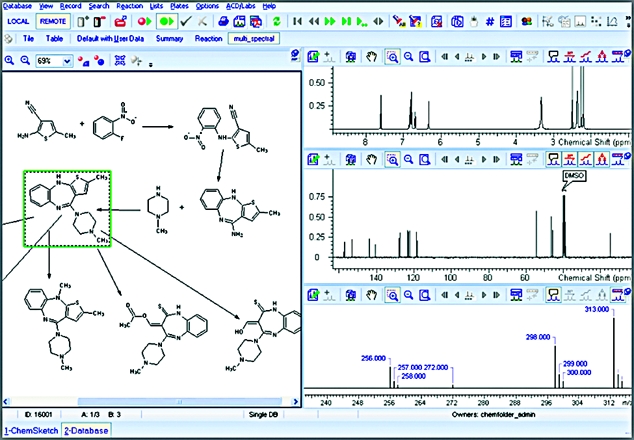 Chemistry software company ACD/Labs put the finishing touch this year on a three-year project to complete ACD/Spectrus, an ambitious new information system that manages analytical data from multiple techniques and instruments and combines those data with chemical and structural information for processing, interpretation, reporting, storage, and reuse. Plans for the system were revealed at Pittcon 2011, and Spectrus Processor, a processing, structure characterization, and information reporting program for analytical chemistry data, was released shortly thereafter. At Pittcon 2012, the company released Spectrus Workbooks, a component of the Spectrus package that handles analytical chemistry data management and interpretation. At Pittcon 2013, the firm put the icing on the Spectrus cake with Spectrus DB, which helps researchers collect information from multiple analytical instruments and manage decision making based on that information. ACD/Spectrus “brings unified laboratory intelligence to scientists all across the chemistry organization” and maximizes return on investment, ACD/Labs says.