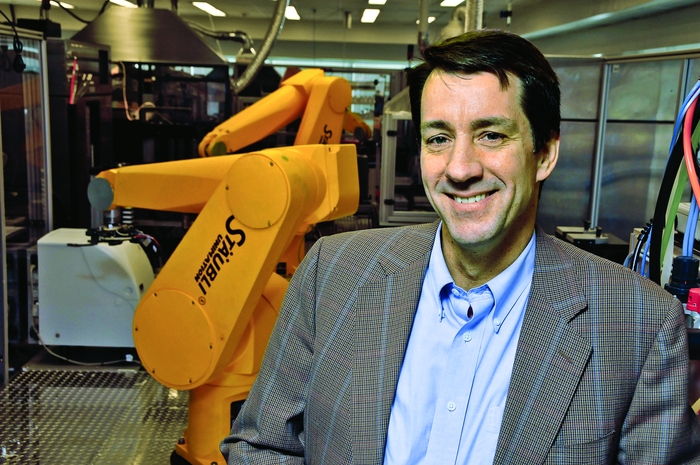 This month marks one year since the National Institutes of Health began a major reorganization to make room for the newest of its 27 institutes and centers—the National Center for Advancing Translational Sciences. Focused on overcoming bottlenecks in the drug development process, an area traditionally supported by the private sector, NCATS has been mired in controversy since NIH announced its plans to create the center in early 2011.

Now under the leadership of its first permanent director, Christopher P. Austin, who took the helm last September, NCATS is trying to improve its image. But the $575 million center is struggling to get people to understand the role of NIH in turning fundamental discoveries into tangible products. Some scientists and members of Congress continue to question whether scarce taxpayer dollars should be used to fund drug R&D instead of basic research.

At a congressional hearing last year, Republicans on the House of Representatives appropriations subcommittee that oversees NIH’s budget repeatedly said that the money would be better spent on basic research. That sentiment hasn’t changed in Congress and is shared by researchers, who are reluctant to speak on the record because they don’t want to compromise their ability to get NIH funding.

Others question whether NIH is spending enough to really make a difference. At that same hearing, P. Roy Vagelos, the former chief executive officer of Merck & Co., questioned how NCATS is going to make a difference when the pharmaceutical industry spends about 100 times NCATS’s budget every year trying to solve the same problems.

But Austin is not discouraged by the criticism. A neurogeneticist by training, he came to NIH in 2002 after spending seven years working on genomics-based drug discovery at Merck. He founded the NIH Chemical Genomics Center (NCGC), which was transferred from the National Human Genome Research Institute to NCATS last year. More recently, Austin served as director of preclinical innovation at NCATS. C&EN sat down with Austin last month to learn more about his plans for NCATS and translational science at NIH.

Throughout the discussion, Austin shrugged off criticism that NIH is venturing too far into drug R&D. He is confident that he can change the culture of the biomedical community and convince people that NIH has a role to play in drug development.

That role is complementary to what already exists in the pharmaceutical world, Austin said. NCATS is focused on what other people are not doing, he stressed.

NCATS also plans to address other nonscientific, business-related problems, Austin noted. “About half of the time when projects fail it is not for scientific reasons.” Policy, intellectual property, collaborative, sociological, cultural, and incentive reasons are behind the failures, he said. NCATS’s goal is to improve the efficiency of the whole drug development process, so it needs to work on those problems too, he emphasized.

There are so many problems related to the drug development process and not enough people are working on those problems, Austin said. But with an annual budget of $575 million, just 1.9% of the total NIH budget and far from the $1 billion initially proposed for the center, it is difficult to decide what problems to address first, Austin noted.

The bulk of the NCATS budget, about 80%, is devoted to Clinical & Translational Science Awards (CTSA), a program focused on the clinical and human subject side of drug development. The program started in 2006 and currently provides funding to 61 academic medical centers in the U.S. The awards were formerly administered by NIH’s now-defunct National Center for Research Resources.

To get input from the biomedical community on what direction to take with CTSA, NIH has asked the Institute of Medicine to set up an expert panel to evaluate the program. The committee is expected to release its recommendations in June.

NCATS also plans to examine areas such as harmonizing institutional review boards (IRBs), which oversee clinical trials. Each U.S. medical center that participates in clinical trials has an IRB. “To get a clinical trial started requires you to go through a lot of very appropriate but sometimes slow and cumbersome human subject protection programs,” which are decided upon by an IRB, Austin said. “If you have multiple centers in a clinical trial, which is the case with most trials, then you have multiple IRBs that all have different programs.”

Moving beyond the clinical side, NCATS will fund work to develop drugs that are deemed too risky for private investors because they will benefit only a small population, such as drugs used to treat rare diseases. The idea is to bring such compounds to the point where they become attractive to the private sector. About $35 million, or 6% of the NCATS budget, supports the development of drugs for rare and neglected diseases.

About 3% of the NCATS budget goes toward an initiative called Re-engineering Translational Sciences. Under that initiative is a program that is near and dear to Austin, the Molecular Libraries & Imaging Program, which he started at NCGC. The program provides funding for research in high-throughput screening and medicinal chemistry of small molecules.

NCGC was started in 2004 as “a translational initiative on the heels of the Human Genome Project to make pharmacological tools to understand what genes and pathways do,” Austin said. “That is still a really important problem.” The center focuses on the rapid identification of drug targets with the help of high-throughput screening robots.

Another initiative that particularly excites Austin is a pilot program launched last May aimed at discovering new uses for abandoned pharmaceuticals (C&EN, May 7, 2012, page 6). Eight pharmaceutical companies are participating in the program. The companies provide academic researchers with compounds that cleared safety testing but were ineffective at treating a particular disease, as well as with basic information about the compounds. NIH provides funding to explore alternative uses for the compounds.

“The drug repurposing program is going better than I expected,” Austin told C&EN. “I never thought in my lifetime that I would see pharmaceutical companies sharing the amount of data that they are. It is unprecedented how much data they are making publicly available on their compounds.”

Austin is enthusiastic about the program because it shows what NCATS can do in terms of forming partnerships. “These companies have come to us to work with us,” he stressed.

One of the key hurdles was negotiating the terms of access to the compounds, Austin pointed out. With initial interest from eight companies, offering a total of 58 compounds, and hundreds of applicants who wanted to work with those compounds, NCATS had to find a way to streamline the negotiations. NCATS put a lot of work into creating master agreements to speed up the negotiation process, Austin said.

The drug repurposing program is funded under the Cures Acceleration Network (CAN), an initiative authorized under the health care reform bill of 2010 but not funded until last year. The CAN program currently receives about $10 million, or 2% of the NCATS budget, but NIH is hoping Congress will increase that amount to $50 million later this year. 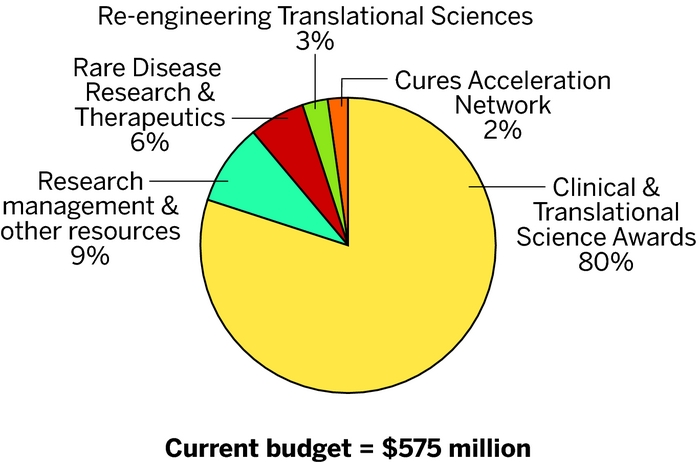 Also funded under CAN is a collaborative effort between NCATS and the Defense Advanced Research Projects Agency (DARPA) to more accurately predict the toxicity of novel drug compounds. DARPA and NCATS plan to contribute $70 million each over the next five years to develop microfluidic systems that will represent up to 10 human organs, such as the liver, kidneys, and brain.

The idea is to test the toxicity of new drugs by sending them through human cells and tissues on a chip. The various cells and tissues are connected to each other by microfluidic channels, so a compound could go through the liver and then to a target organ. Researchers could then see whether metabolism in the liver produces a toxic compound.

Partnerships such as the one with DARPA and the drug repurposing program are critical for NCATS’s success, Austin said. “No one organization or person is able to solve these translational problems alone,” he emphasized.

Even the pharmaceutical industry is beginning to recognize the need for collaboration in preclinical and precompetitive areas. Speaking at an event on policy directions for biomedical innovation, hosted by the Brookings Institution in November, Robert Conley, regulatory leader for biomedicines at Eli Lilly & Co., acknowledged that older methods for drug development will not work with the current economic model. “We do want to develop better partnerships with others, both academics as well as people within industry and NIH,” he said.

Austin is optimistic that NCATS can help catalyze such partnerships and ultimately make the drug development process more efficient. “It is true that traditionally this area has been in the private sector,” he acknowledged. But the traditional pharma landscape is in the midst of change, he said, creating opportunities for NCATS to both support and promote drug development.