Company seeks to make a business out of underused chemical assets 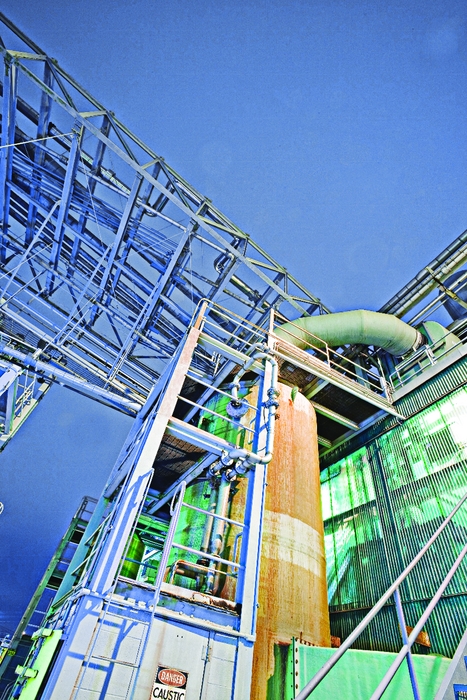 It was the 1980s, photography was booming, and the king of picture taking, Eastman Kodak, was betting that the boom would continue. It invested in new facilities at its Rochester, N.Y., headquarters to synthesize dyes, developers, couplers, and other chemicals needed to manufacture film and photographic paper.

As we now know, that bet was terribly wrong. Digital photography rose in the 1990s and knocked film and paper almost into irrelevance. Kodak lumbered along, slow to react, and finally declared bankruptcy in January 2012. In April, the company announced plans to sell its iconic consumer photography business to its largest creditor, a pension plan in the U.K.

Although Kodak can’t change how it responded to film’s decline, the company is trying to make the most of the chemical assets left behind. It has launched a custom manufacturing business, Kodak Specialty Chemicals, that already counts multiple small and start-up firms as customers. But long-term success may require overcoming the corporate conservatism that contributed to Kodak’s decline in the first place.

The Rochester facility’s good years were spent scaling up production of imaging materials invented by Kodak scientists, recalls Nagraj Bokinkere, technical director for business development at Kodak Specialty Chemicals. Bokinkere, a chemist who was involved in that process, points to the example of new couplers—chemicals that react with developers to form dyes—that improved Kodachrome film during the 2000s.

By the middle of that decade, however, the chemical assets in Rochester were woefully underused. The company responded in 2008 by forming a custom manufacturing business to make them available to outside firms. Bokinkere came aboard the following year, and John Harty, director of business development, joined in 2010.

One of the most important parts of Harty’s job is convincing prospective customers to make the trip to Kodak’s sprawling 1,200-acre complex in Rochester and experience the “city within a city” that would be at their disposal as clients. “They always walk away impressed with the scope and the caliber of the organization,” he says.

What they see are extensive chemical production assets that have been maintained with a blue-chip corporation’s care. Three buildings at the site house 88 multipurpose reactors in sizes of up to about 1,000 gal. Kodak also touts extensive solid-liquid separation capabilities and a huge solvent recovery section with 25 distillation towers.

Bill Scott, a longtime chemical industry executive who has been working with Kodak to bring in new business, vouches for the quality of the Rochester site. “I’ve been in many, many chemical plants all over the world,” he says. “Their facility ranks with the very best.”

Also at the site are the 300 or so Kodak people associated with the chemical operations. Roughly 15% of them are involved in research and new-product development, Harty says, and most are long-tenured Kodak employees who know the ropes and get the job done without a lot of fuss. “Customers like our buttoned-down approach to how we do things,” he says.

Included in the know-how on offer in Rochester, according to Bokinkere, is expertise in heterocyclic chemistry borne of years of inventing dyes, couplers, and other materials for film and paper. Kodak’s later work with lasers for printers and medical imaging, he adds, created a store of knowledge about infrared dyes.

The latter ability is what sold International Imaging Materials on Kodak as a custom manufacturer. Amherst, N.Y.-based IIM turned to Kodak recently for help developing a product that uses IR dyes in light-to-heat energy conversion. Daniel Harrison, IIM’s senior vice president for R&D, says Kodak “helped us to quickly come up with a dye which was compatible in our product and delivered the required performance.”

Novomer, a nine-year-old company developing polymers based on carbon dioxide and other renewable feedstocks, called on Kodak for pilot-scale manufacturing of polypropylene carbonate, which is being developed as a polyurethane ingredient for applications such as automotive headrests, can coatings, and running shoes.

Ron Valente, Novomer’s vice president of R&D, helped set up the contract. Valente spent 21 years with Kodak, 15 of them in the Rochester chemical operation, so he knew what he was getting when he hired Kodak. As he says, that included high-pressure equipment for polymerization, the ability to conduct complex organic syntheses, and world-class analytical capabilities.

Kodak made the polymer for Novomer in a 25-gal reactor. Kodak doesn’t offer the large-volume high-pressure reactors Novomer needed for the next stage of scale-up, so it helped Valente and his team transfer operations to a 1,100-gal reactor operated by the chemical maker Albemarle in Orangeburg, S.C. “It translated very cleanly,” Valente says, resulting in the production of 7 tons of polymer earlier this year.

Novomer has also worked with Kodak on the synthesis of catalysts used to produce polypropylene carbonate, on chemical intermediates, and on analytical support. Valente is happy with the results. “It was really a very good experience,” he says.

Although Valente is impressed with the people at Kodak Specialty Chemicals and their technical skills, he isn’t convinced that the organization is fully prepared to succeed in the rough-and-tumble world of custom manufacturing.

“They are still tied to the mother ship,” Valente says, referring to the business’s parent company. “The cultural legacy is tough to shake, which is the monitoring of costs and not taking risks.” He questions whether Kodak, not yet out of bankruptcy, is willing to invest in the equipment and expertise that could be needed to bring in new business in custom manufacturing.

Harty counters that Kodak has already teamed up with customers to install new equipment at the Rochester site. And one result of enduring tough times, he says, is the emergence of a more entrepreneurial and customer-focused culture throughout the company, including the specialty chemical business.

Although Harty won’t disclose his business’s sales, he says they have doubled every year since the business was formed in 2008. Today, he estimates, about one-quarter of the chemical manufacturing conducted at the Rochester site is for outside customers.

Still, the site has idle capacity, and Harty wants to fill it. Kodak’s bankruptcy hasn’t been a problem, he says, except in the view of some prospective non-U.S. customers who don’t understand that firms often emerge strong and successful. Kodak expects to exit bankruptcy later this year.

The bigger challenge, Harty says, is getting out the word that the world’s best-known imaging company is also a custom chemical manufacturer. “The value and power of the brand and the degree of consumer trust and recognition is high,” he says, “but we still have a big job to do in telling the world.”

Business
SK Is Ready For A New Round Of Purchases
Business
Sellers Eye Upturn In Used Equipment Sales
Business
Wake-Up Call At ZaCh System
Share X
To send an e-mail to multiple recipients, separate e-mail addresses with a comma, semicolon, or both.
Title: Kodak Pictures A Bright Future
Author: Michael McCoy
Chemical & Engineering News will not share your email address with any other person or company.