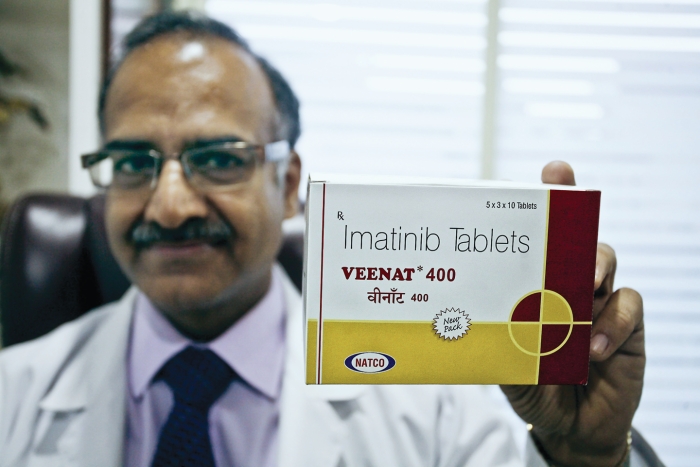 India has emerged as one of the U.S.’s largest trading partners. But the growing commercial ties between the world’s two biggest democracies could be put at risk by escalating U.S. complaints that India engages in discriminatory trade practices and does not respect globally recognized intellectual property rights, especially for pharmaceuticals.

A coalition of U.S. trade associations contends that India has adopted policies favoring its own businesses in industries such as generic drugs, clean energy, and information technology. It has denied and revoked patents from U.S. companies and has imposed tariffs and local content requirements. The financial stakes are enormous, given India’s 1.27 billion population and growing middle class. Within the next decade, India is expected to become the world’s third-largest economy.

“American businesses want to continue to invest in India, but not at the expense of American workers and economic progress,” says Linda Menghetti Dempsey, vice president of international economic affairs at the National Association of Manufacturers (NAM), the nation’s largest industrial trade group, representing 11,000 small and large U.S. manufacturers. “If India does not act swiftly to comply with its international obligations, we believe that all trade and diplomatic options must be on the table,” Dempsey adds.

Earlier this year, NAM joined 13 other business groups in forming the Alliance for Fair Trade with India. Other members include the Pharmaceutical Research & Manufacturers of America (PhRMA) and the Biotechnology Industry Organization.

The alliance has been lobbying the highest levels of the U.S. government. The effort has already paid dividends as both Vice President Joe Biden and Secretary of State John Kerry called for intellectual property law reforms during meetings this summer with Indian government officials and business leaders. Biden, in a speech at the Bombay Stock Exchange in Mumbai, said things have got to change.

The Indian government insists that it provides a level playing field for U.S. businesses. For instance, India’s patent law “is considered a model in the developing world,” says Nirupama Rao, India’s ambassador to the U.S. “Critics who say otherwise are simply wrong.” The country does not extend patents for small changes to drugs, and humanitarian groups point out this puts less expensive generic versions in the hands of millions of impoverished people.

Some of the loudest critics of India’s policies are U.S. and European pharmaceutical companies. They point to a recent series of Indian court and administrative rulings that denied patent protection for certain brand-name medicines to the benefit of India’s huge generic drug industry. India’s law for granting drug patents is more stringent than those in many other countries as it has sought to make medicines more affordable for its vast population.

Last month, Roche announced it would abandon a patent for its breast cancer drug Herceptin in the Indian market, paving the way for local production of a cheaper generic version. Roche’s decision came on the heels of an Indian health ministry committee recommendation that the government issue a compulsory license allowing a domestic firm to make and sell a copy of the drug.

In a landmark ruling in April, India’s Supreme Court rejected Novartis’ seven-year legal battle to win patent protection for an updated version of its cancer drug Gleevec, known as Glivec outside the U.S. (C&EN, April 8, page 7).

The active ingredient in Gleevec has been available for years. But Novartis filed for a patent on a new form of the drug that the company says is 30% easier for the body to absorb than the earlier compound. This form has been patented in nearly 40 countries, including the U.S., Russia, and China.

However, India’s highest court turned down the application, saying that the drug failed to offer “enhanced or superior efficacy” over its predecessor.

Other pharmaceutical giants, including GlaxoSmithKline, Bayer, and Pfizer, have also failed to win drug patents in India that they’ve secured elsewhere in the world.

India did not recognize drug or other product patents until 2005 when it joined the World Trade Organization. Even then, it gave patent protection only to drugs discovered after 1995. Furthermore, drugs are required to show “novelty” to be awarded patents under Indian law.

Consequently, drugmakers in India are not allowed to extend their product patents by making slight, incremental changes to a compound, a common practice known as “evergreening.” India requires companies to demonstrate significant clinical efficacy over already-patented compounds to qualify for additional protection.

Rao says India is not hostile to innovation or to U.S. companies. She notes that from 2005 to 2011, more than 4,000 patents for pharmaceutical inventions were issued by the Indian patent office. Of those, a substantial amount—20–30%—was awarded to U.S.-based companies each year, she adds.

“International treaties permit countries to make affordable, lifesaving drugs available to people most in need. India has done so in a way that is both legal and sensitive to the principle of patent protection,” Rao asserts. “We have also worked hard to balance the rights of patent holders with our civic imperative to protect public health.” 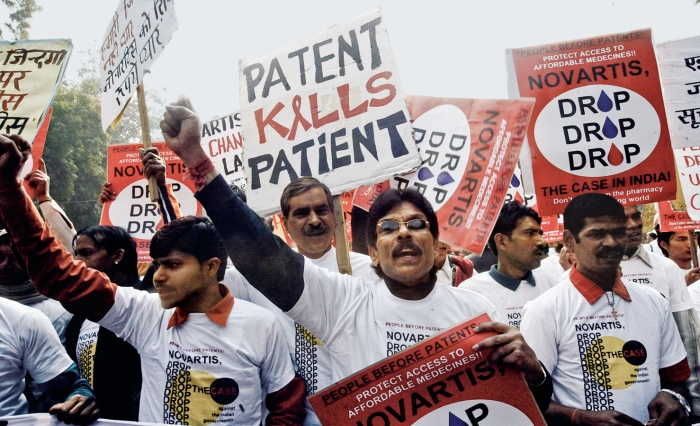 Castellani maintains that India has created a “protectionist regime” that hurts U.S. job creators. “The harm is evident in our industry, where the U.S. has welcomed Indian companies while India is closing its borders to U.S. innovators,” he says.

Kerry raised the patent issue and other trade concerns during a meeting with Indian officials in New Delhi in June. And Biden urged India to ease restrictions on foreign business as part of his stock exchange speech during a visit in late July.

Biden criticized several Indian policies, including poor protection of intellectual property, limits on foreign direct investment, and barriers to market access. “These are tough problems, but we all know they have to be negotiated and worked through in order to meet the potential of this relationship,” the vice president said in Mumbai.

However, the medical humanitarian organization Doctors Without Borders supports India’s generic drug policies, saying they result in the production of low-cost medicines for the millions of Indians who live in poverty.

“While India does reward genuine innovation with 20-year patents, it manages to strike a balance between providing intellectual property protection and having the flexibility to protect public health,” says Rohit Malpani, director of policy and advocacy for the group’s Access Campaign.

The U.S., he points out, has continued to make adjustments to its patent system to achieve a better balance between rewarding innovation and providing for public health needs. It should allow other governments, like India, to do the same, Malpani says.

“The measures taken by the Indian government do not undermine innovation, but rather curtail the worst excesses of the patent system and ensure that companies focus their energies on scientific, and not legal, innovation,” Malpani remarks.