French mechanical engineer Eugène J. Houdry enjoyed racing cars, but during the early 1920s that was hard to do. At the time, France produced little petroleum or gasoline, and worldwide supplies were tight. Houdry’s hobby eventually led him to develop what became one of the world’s most industrially important processes—a catalytic method for converting, or “cracking,” crude oil into usable components for fuel.

Although Houdry’s initial interest was personal, his work quickly had societal impact on a global scale. New catalytic methods for petroleum processing revolutionized the energy industry. Moreover, Houdry helped spark a “catalytic revolution” that made catalysts key tools within the broader chemical industry, according to a 1984 profile by then Ohio State University chemistry professor Charles G. Moseley (J. Chem. Educ., DOI: 10.1021/ed061p655). Catalytic cracking enabled the production of high-quality fuels, which were critical during World War II and helped push open the door for oil to become more widely used as feedstock for most downstream chemicals. 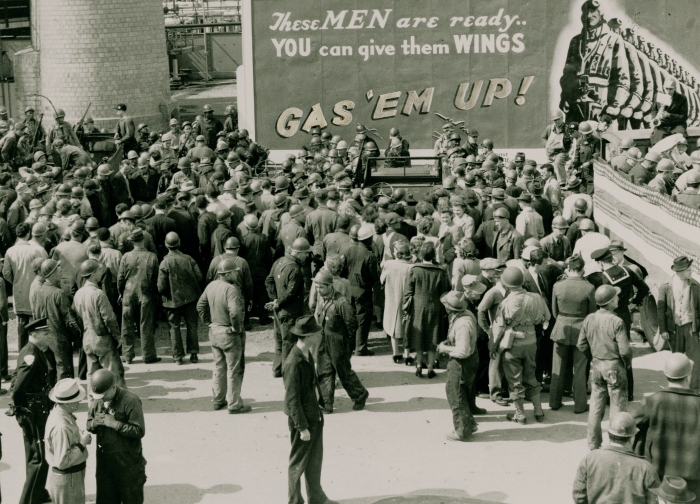 Houdry began working in 1923 with pharmacist E. A. Prudhomme to explore a catalytic means to produce gasoline from coal, but he abandoned the process because it wasn’t cost-effective. By 1927, Houdry had found that naturally occurring aluminosilicates could selectively convert the larger molecules in crude oil to shorter ones more usable for gasoline. Prior to this discovery, petroleum was distilled, largely to get kerosene for lighting, and later cracked thermally under heat and high pressure to make gasoline.

When Houdry began his work, industrial catalysis was still more art than science, although industry operated catalytic processes to produce sulfuric acid, methyl alcohol, isopropyl alcohol, and some other chemicals. The conversion of atmospheric nitrogen to ammonia by the Haber-Bosch process, commercialized in 1910, was among the most important catalytic routes. The need for fertilizers and later for explosives during World War I drove its use.

In 1931, Houdry moved from France to the U.S. and set up the Houdry Process Corp., in partnership with Vacuum Oil Co., in New Jersey. The Great Depression slowed work, but eventually a catalytic cracking unit went into operation in 1936 at a Socony-Vacuum Oil site in Paulsboro, N.J. In 1937, the first full-scale commercial plant went onstream at Sun Oil’s Marcus Hook refinery. The Pennsylvania site is now a National Historic Chemical Landmark.

Houdry’s catalytic cracking produced twice as much gasoline from the same amount of crude oil as other available processes. It also yielded a higher-quality fuel with a larger percentage of high-octane components. High-octane fuels improve engine power, speed, and efficiency. Aviation fuels available at the time had an octane rating of about 70–80, and the most desirable high-compression airplane motors of the day—on the cusp of World War II—required 100-octane fuel.

“While there has been some controversy as to the extent of our crude oil reserves, there has been much more concern as to where sufficient supplies of aviation gasoline were to be secured,” reported C&EN’s first incarnation, Industrial & Engineering Chemistry News Edition, in February 1939. “This anxiety has been heightened since the recommendation has been made that a 20-fold increase be made in the number of American fighting planes within the next few years.”

“Thanks to the new catalytic cracking, a plentiful supply of such aviation gasoline is now assured,” IE&C concluded about the new sources of 100-octane fuels. Although catalytic cracking came into play quickly, with 15 units in place by 1939, a major drawback was that coke deposits inactivated the catalyst. The batch process then had to be stopped so the catalyst could be regenerated. To prevent this problem, a consortium of academic and oil company scientists developed a groundbreaking continuous, fluidized-bed catalytic cracking (FCC) method.

AMAZING CATALYSTS
This episode features Jeffery C. Bricker, Ph.D., winner of the 2011 ACS Award for Creative Invention sponsored by the ACS Corporation Associates. Bricker's pioneering work helped produce catalysts that are key ingredients in cleaner detergents and gasoline. One of Bricker's catalysts also significantly reduced the cost of producing styrene and polypropylene, two of the most widely used plastics in the world.
Credit: ACS Video Theater

With the first large-scale FCC refineries in place by 1942, high-quality fuel production increased dramatically. Catalytic cracking was soon producing 90% of aviation fuel made in the U.S., France, and Great Britain. With high-octane fuels, Allied airplanes were able to outperform those of the Axis nations, a turn of events that helped win World War II. By the end of the war, gasoline needs would be three times the amount that industry originally estimated would be required.

Other innovations in catalysis both before and during World War II also helped increase high-octane gasoline supplies. Catalytic alkylation, isomerization, and polymerization approaches emerged to make blending components that improved gasoline. Both Shell Development Co. and Standard Oil of New Jersey, for example, found ways to dimerize normal and isobutylene and then hydrogenate the product to make isooctane.

Meanwhile, Germany had long been using catalytic chemistry developed in the 1920s by Franz Fischer and Hans Tropsch to convert mixtures of carbon monoxide and hydrogen, or synthesis gas, to hydrocarbons. Syngas from coal was more readily available than petroleum in Europe, and Fischer-Tropsch chemistry became an important route to liquid fuels there, albeit not as efficient then as catalytic cracking.

During the war, as Japan took control of the natural rubber plantations in Southeast Asia, catalytic processes emerged for making synthetic styrene-butadiene rubber. Among these was a catalytic dehydrogenation method Houdry invented to convert butane gas, a by-product of petroleum processing, into butadiene. Ironically, Japan was so “rubber-rich” that it set up operations to convert rubber into oil, commented Robert Price Russell, president of Standard Oil Development Co., in 1947.

War and its end brought further changes. Within just a few years, “we had built a whole new industry to support this war machine,” says petrochemical industry consultant Peter H. Spitz. “Plants that had been making war materials were there to feed the pent-up desires of the entire population,” he says about the postwar economic boom and moves to use the output for new consumer products.

“It was an entirely new ball game, because we had petrochemicals available to make entirely new and different types of products,” he adds. Within a short time, plants were making chemical products that were barely known before the war but that we take for granted today. Along with synthetic rubber, these materials included synthetic polymers such as polyethylene, vinyl, and nylon.

Catalysis helped the petrochemical industry expand as chemical derivatives were, to an increasing extent, based on hydrocarbon feedstocks coming from oil. Companies designed and built large, highly efficient chemical plants around new technologies, equipment, and processes, Spitz says. And these new plants were able to achieve economies of scale that had been unattainable in plants that used coal and cellulose as starting materials. 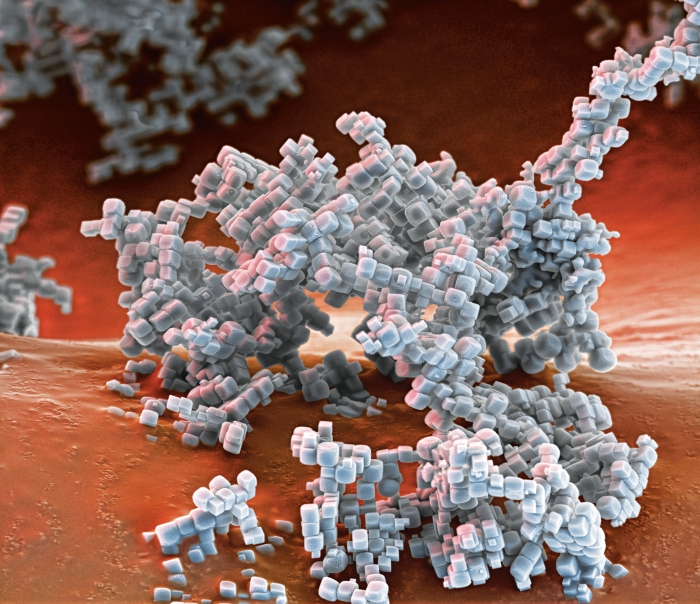 “Catalysis has changed its status from that of an art to a science only in the past 10 years,” said prominent Mellon Institute of Industrial Research (now Carnegie Mellon University) catalyst chemist Paul H. Emmett during his 1953 Pittsburgh Award address. “Even though fossil fuels, which consume more than 99% of the catalysts now produced in this country, will be used up in a few hundred years, catalysis will still be of major importance.”

Catalyst sales today amount to about $15 billion annually worldwide, and petroleum refining remains the largest end use. In 2011, refining consumed about 3.7 million metric tons of catalysts worth about $5.6 billion, according to Freedonia Group, a Cleveland-based market research firm. Catalysts for chemical synthesis used another 458,000 metric tons, worth $5.5 billion, and polymer production used just over 340,000 metric tons valued at $3.6 billion. Catalysts are also widely used in controlling automobile and industrial emissions.

At least 90% of industrial chemicals are produced with the help of catalysts, according to John N. Armor, an industry consultant and former president of the North American Catalysis Society. Beyond petroleum processing and bulk chemical production, catalysts are critical in environmental applications such as controlling vehicle and industrial emissions—an area that Houdry himself entered after World War II—as well as for the synthesis of specialty and fine chemicals, including pharmaceuticals and agrochemicals.

Catalysts continue to drive new technologies and approaches to energy resource use, as people become less satisfied with using coal and petroleum, Armor says. “We look to catalysts for applications in fuel cells, photovoltaics, and biomass and natural gas conversion,” he says. “Energy is a much bigger topic around which catalysis can provide some resolution. And people will use catalysts because they present many opportunities that didn’t exist years ago.”

Comments
Frankie Wood-Black (September 17, 2013 1:41 PM)
I always enjoy the anniversary issues of C&EN as they provide thumbnail sketches of significant discoveries, and inventions. However, I must take issue with this particular sketch. This article leaves out two critical items – first, the war effort for catalyst development was influenced by a collaboration of oil companies and technology suppliers; and second that concurrent development of science frequently occurs. As, the fluid catalytic cracking process and the development of polypropylene/polyethylene have been honored by the ACS as part of its National Historic Landmarks program; I was very surprised to see that the article lacked the recognition of these critical items. Nowhere in the article was the collaborative effort discussed and thus leaves the reader with the impression that there were only a couple of players during the development of technologies to enhance gasoline and aviation fuel production.

Having known Paul Hogan, I can tell you that there would have been a letter to the editor regarding the development of petroleum based polymers as outlined in the article. Yes, Ziegler-Natta polymerization catalysts as they have come to be known were developed; however, the patent was held by Phillips Petroleum as was the initial commercialization.

I understand that space is at a premium which general results in limiting the information that can be presented. However, in this case; the wrong impression may have been left with the uninformed reader of the article.