It’s Not Easy Being Green

Chemists have become more environmentally sensitive during the past 50 years, but big challenges remain

When Paul S. Anderson was in graduate school in the early 1960s, he remembers that his fellow chemists had some vague awareness that their work could affect the environment. “But it was pretty minimal,” says Anderson, a retired pharmaceutical industry chemist and former president of the American Chemical Society. In those days, chemists flushed solvents down laboratory sink drains as a matter of course, he says. 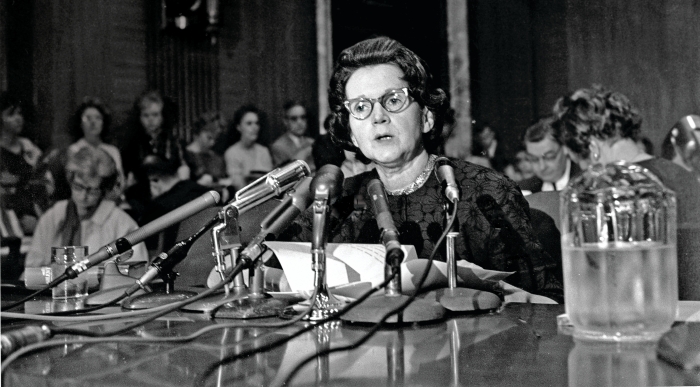 Then spring sprang. Rachel Carson published her landmark book “Silent Spring” in 1962. It raised awareness about unintended consequences of pesticides and triggered a public outcry that eventually led Congress to pass modern pollution control laws. Anderson says the book also triggered environmental cognizance among chemists. “It made us aware of the fact that things that were intended to be good might turn out to have consequences that were neither anticipated nor understood in any detail,” he says.

Though many chemists and chemical companies initially derided Carson’s message, it has endured—and during the past half-century, it has led to changes in the chemical enterprise. Hazardous waste sites leaking industrial chemicals, including the notorious Love Canal in Niagara Falls, N.Y., during the 1970s, increased sensitivity. Mary L. Good, a former ACS president who has worked in industry, academia, and the federal government, says environmental mindfulness over the past five decades has “enormously improved.”

But some say even with the rise of green chemistry, the discipline and industry still have a long way to go. One problem is that academic and entrepreneurial chemists often focus solely on applications for new chemicals, says David J. C. Constable, director of the ACS Green Chemistry Institute (GCI). “They certainly don’t look at things from a life-cycle perspective,” which considers the availability and sources of raw materials as well as uses and ultimate disposal of products, he says.

Too narrow a focus on invention may be why many chemists have been slow to come to accept that many compounds can have detrimental effects, says Carmen Giunta, professor of chemistry at Le Moyne College in Syracuse and editor of the Bulletin for the History of Chemistry. Chemists often primarily see the beneficial and useful aspects of synthetic substances, even those that have unintended environmental consequences. And as scientists, they may be skeptical about claims that specific synthetic chemicals cause harm, Giunta says. 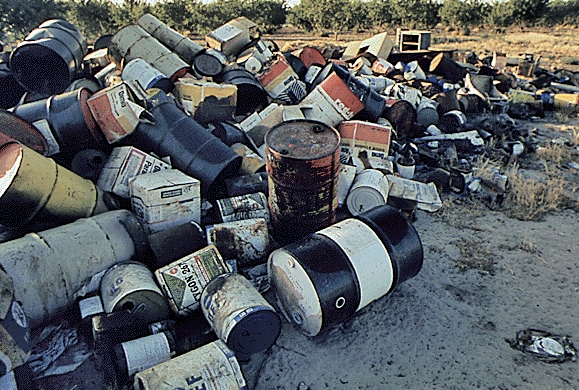 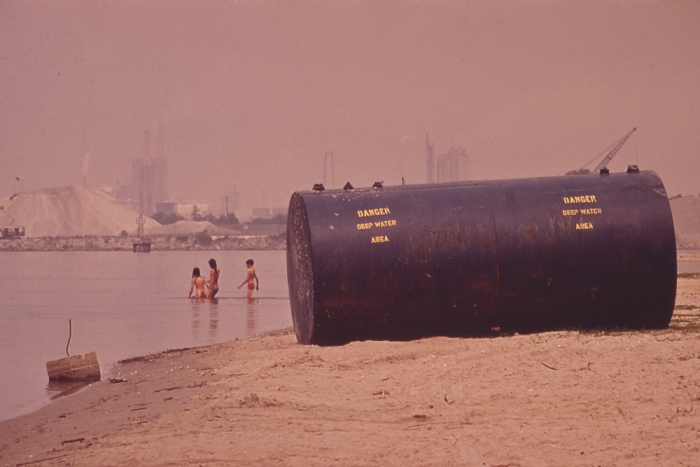 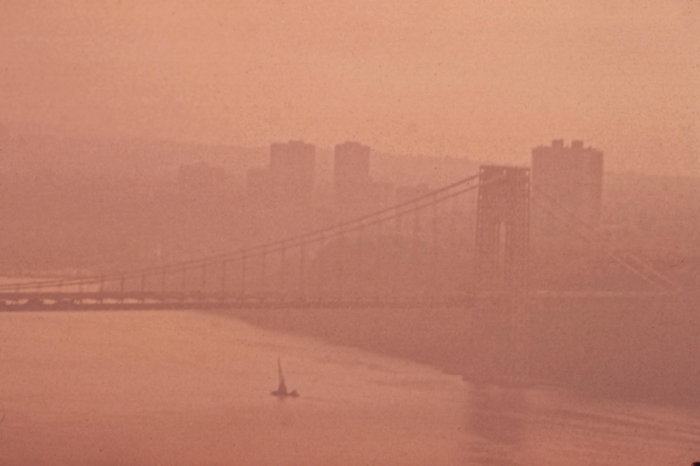 Scenes such as these were common in the U.S. in the 1970s, before enactment of modern pollution control laws.

For instance, some chemists initially defended the safety of DDT, a highly effective insecticide whose invention netted Swiss chemist Paul Müller a Nobel Prize in 1948. However, most uses of DDT, except to battle malaria in some tropical areas, have been phased out because it is persistent, bioaccumulative, and toxic. Many chemists also questioned early allegations by atmospheric chemists in the 1970s that nontoxic, nonflammable chloro­fluorocarbons could harm the planet’s protective ozone layer, Giunta points out. But many of their doubts evaporated after a seasonal stratospheric ozone “hole” was discovered.

“It’s a recurring theme,” Giunta says of chemists’ distrust of claims that certain synthetic compounds can be harmful. It is likely that some chemists reject allegations of environmental harm from certain compounds because their employment may depend on it, Giunta says.

Yet, as Good points out, attitudes have changed. U.S. environmental laws adopted since 1970 have been part and parcel of this shift. In the past half-century, U.S. environmental regulations have generally become more protective of public health, says Dan Fagin, author of “Toms River: A Story of Science and Salvation,” a book on the environmental and health impacts of the chemical industry on Toms River, N.J. The chemical industry’s attitudes altered significantly after Congress tightened pollution control requirements in the 1970s through the Clean Air Act and Clean Water Act, says Fagin, an associate professor of journalism at New York University.

The Emergency Planning & Community Right-to-Know Act of 1986 was also “hugely important” in boosting the environmental awareness of chemists working in the chemical industry, Constable says. This law created the Toxics Release Inventory (TRI), which requires facilities to report each year on how much of any of 650 listed chemicals they release into the air, water, or ground.

“It was the name in shame,” Constable says of the early days of TRI reporting. Facilities had not paid attention to their operations from a mass balance perspective, he says. “They found that they had very leaky plants.” In response, many chemical companies worked hard to curb their releases. Chemical industry discharges have dropped by some two-thirds since 1988, TRI data show.

In addition, the threat of litigation motivated chemists and industry to examine and minimize environmental contamination. “It became clear that if you didn’t appropriately address the risks and put them in perspective, you were going to get sued,” Anderson says.

In recent decades, many companies have embraced the principle of sustainability. Linda J. Fisher, a vice president and chief sustainability officer at DuPont, says of her company, “Our first sustainability progress report was written in 1992, at a time when society was asking questions about pollution and environmental responsibility. There was no precedent for corporate responsibility, no best practices to follow. We learned by listening to our stakeholders and the issues that mattered most to them, and responded proactively by publicly establishing some of the first corporate environmental goals.”

The concept of green chemistry arose in the 1990s and has increasingly been integrated into the chemical enterprise. GCI was formed in 1997 to promote green chemistry and green engineering and has been part of ACS since 2001. Similar green chemistry institutes exist in a handful of other countries.

The Environmental Protection Agency recognizes strides by businesses and academics to achieve greater sustainability in chemical products and processes through the Presidential Green Chemistry Challenge Awards. For instance, Dow Chemical and BASF won in 2010 for an innovative process to make propylene oxide, a high-volume industrial chemical. It eliminates most waste that other propylene oxide-making methods generate, greatly reduces water and energy use, and provides high yields, EPA says. Collectively, the 88 technologies that won the award have eliminated the use of 825 million lb of hazardous chemicals and solvents, saved 21 billion gal of water, and prevented release of nearly 3,600 metric tons of carbon dioxide.

Yet lack of environmental awareness still plagues the chemical enterprise, say Constable, Giunta, and others. This can in part be traced to the academic training system for chemists, says Terrence J. Collins, professor of green chemistry at Carnegie Mellon University. Those earning advanced degrees generally plunge deep into specialized areas of chemistry—and the academic system helps them stay there. Hyperspecialization can leave researchers unable to see or anticipate environmental harm associated with their work, Collins says. For instance, some chemists may not expect that useful synthetic substances that are not designed to be pharmaceuticals or pesticides may turn out to be bioactive anyway, he says.

Adding to the problem is society’s dependence on chemicals that have been beneficial. These include several brominated flame retardants that are, according to EPA, persistent and toxic—studies link exposure to them to hormone disruption. 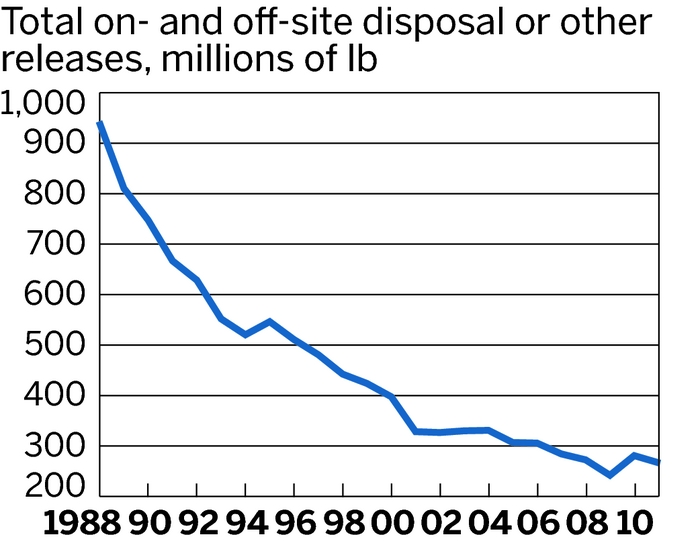 As a further impediment, the current U.S. regulatory system for commercial substances encourages what Fagin calls “regulatory warfare,” in which chemicals are considered innocent until EPA “proves” them guilty, one by one, of posing an unacceptable risk. Industry arms itself with data it produces to battle EPA over the scientific underpinnings for restricting chemicals. This fight loses sight of the goal to protect human health and the environment, he says. “What we really need is a more sensible system that looks at products and makes the best judgment possible about the risks that they pose and the alternatives that are out there,” Fagin says. “We’re so far from that right now.”

The rise of green chemistry in the past two decades has offered a path forward. Industrial chemists may be ahead of academics in adopting green chemistry because it includes economic incentives important for business, such as the financial advantages of optimizing materials and energy use, Giunta says.

However, for the chemical enterprise to become even more environmentally aware than it is now, there needs to be a major shift, Constable says. He points out that a majority of named reactions used in industrial settings today—many of which were developed before the environmental movement began in the 1960s—are mass- and energy-intensive and use toxic reactants. “By any stretch of the imagination, we can’t continue to do chemistry that way,” he says.

Meeting sustainable production challenges and ensuring that useful synthetic chemicals are benign add up to a tough challenge ahead for chemists. “We have a long, long way to go,” Collins says.