GENERIC DRUGS
[+]Enlarge
Credit: Istockphoto
Congress is considering legislation that aims to lower how much the average consumer pays for prescriptions. 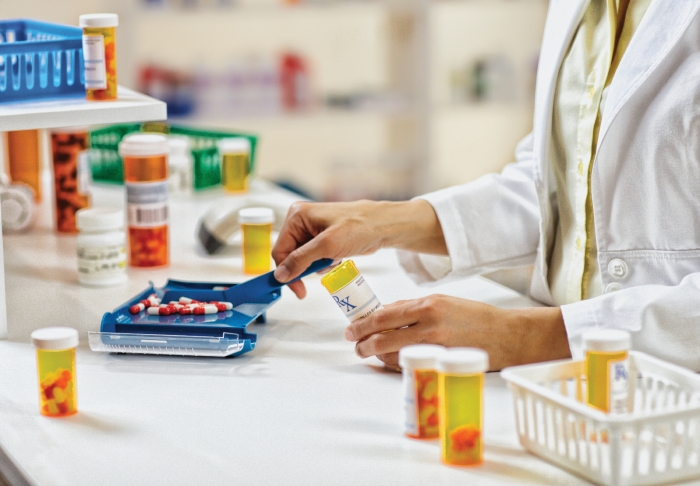 Credit: Istockphoto
Congress is considering legislation that aims to lower how much the average consumer pays for prescriptions.

In June, the Supreme Court ruled that patent dispute settlement agreements between pharmaceutical companies that potentially delay the market entry of low-cost generic drugs “can sometimes violate” U.S. antitrust laws. But the deals are not always illegal, the justices added.

That mixed decision has prompted consumer groups to urge Congress to put an end to what they and other critics call pay-for-delay arrangements. “The Supreme Court has opened the door for Congress to take action, and now it must,” says Wells Wilkinson, director of the prescription access litigation project at Community Catalyst, a Boston-based consumer advocacy organization.

The case before the Supreme Court involved AndroGel, a testosterone replacement product made by brand-name drug maker Solvay Pharmaceuticals, now owned by AbbVie. Three generic drug manufacturers challenged the validity of Solvay’s patent on AndroGel that expires in 2020. Solvay agreed in 2006 to pay the three generic firms as much as $42 million annually to withdraw their patent challenge and delay making a generic version of AndroGel until 2015.

Critics maintain the deals stifle competition and drive up drug prices by delaying market entry for generics, which generally cost about 85% less than their brand-name counterparts. The settlements have become an increasingly common method of settling patent disputes between brand and generic drug companies, yet their legality has been in sharp dispute in the federal appellate courts.

The Supreme Court declined to declare the deals to be presumptively illegal. But in a 5-3 vote, the justices effectively said that the Federal Trade Commission (FTC) can sue pharmaceutical companies for potential antitrust violations (C&EN, June 24, page 6). The decision leaves it to the lower courts to determine on a case-by-case basis whether the benefits of a particular settlement agreement outweigh the harm to consumers.

“The Supreme Court has recognized that these agreements can have anti­competitive consequences and can lack any legitimate justification,” says Michael A. Carrier, professor of law at Rutgers School of Law, Camden. “By making it clear that cases challenging these practices as antitrust violations can proceed, the Supreme Court has helped ensure that U.S. consumers have the benefit of true competition and lower prices.”

But some lawmakers believe the justices did not go far enough. “It’s simply outrageous that consumers are forced to pay higher prices for critical drugs because of brand companies colluding with generic competitors to keep cheaper drugs off the market,” says Sen. Amy J. Klobuchar (D-Minn.), chairwoman of the Senate Judiciary Subcommittee on Antitrust, Competition Policy & Consumer Rights. “The Court’s decision is a step forward to addressing these concerns, but now it’s time for Congress to act to help put an end to these harmful deals once and for all,” she says. 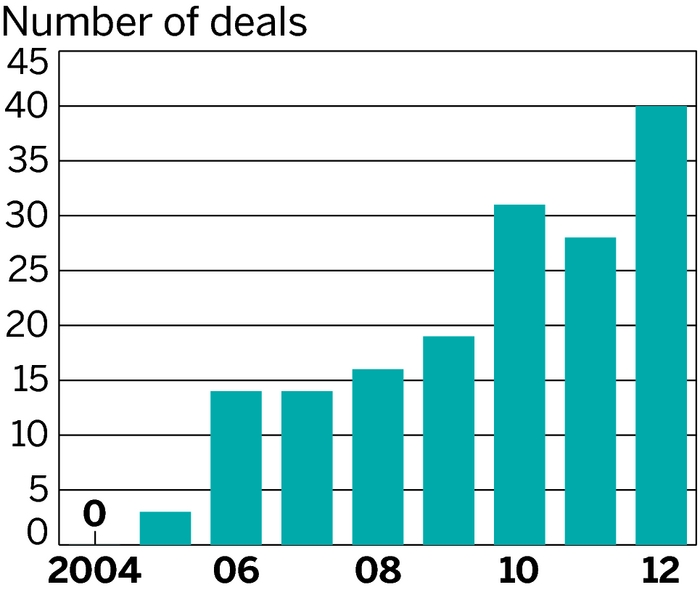 Klobuchar and Sen. Charles E. Grassley of Iowa, the top Republican on the Senate Judiciary Committee, have introduced a bill—the Preserve Access to Affordable Generics Act (S. 214)—that would put limits on generic drug makers’ abilities to accept payment to settle patent disputes with brand-name drug companies. “It’s a practice that puts the interests of drug companies above the interests of consumers, and it’s time for it to end,” Grassley says.

The legislation wouldn’t ban settlements with financial compensation entirely. It would still allow deals when companies can provide “clear and convincing” evidence that the agreements won’t deter competition. “This is a measured approach to make sure companies can settle cases,” Klobuchar says. “They just can’t do so with payments that harm consumers.”

Both the brand-name and generic pharmaceutical industries have repeatedly pushed backed against these efforts to restrict or ban the settlements. They make no apologies for their deals.

“The fact is that patent settlements have resulted in hundreds of generic options coming to market—on average nearly five years in advance of the brand patent’s end date,” says Ralph G. Neas, president of the Generic Pharmaceutical Association, an industry trade group. “This means billions of dollars in savings for consumers and the health system.”

The patent disputes are a by-product of the Hatch-Waxman Act, which Congress passed in 1984 to encourage continued innovation among research-based, brand-name pharmaceutical companies, while providing greater opportunities for market entry by generic drug manufacturers. The act essentially encourages generic drug firms to challenge certain types of patents held by brand-name manufacturers.

In addition to obtaining a patent on the active chemical ingredient in their drugs, brand-name companies frequently apply for additional patents related to secondary aspects of their products—such as on the dosage form or manufacturing process—to try to extend their market exclusivity periods as long as possible and to keep generic rivals off the market.

But in an effort to foster price competition and lower costs for consumers, the sponsors of the 1984 law—Sen. Orrin G. Hatch (R-Utah) and Rep. Henry A. Waxman (D-Calif.)—created a system that encourages generic drug makers to challenge brand-name manufacturers’ patents in court to weed out any weak or invalid secondary patents.

Under the statute, a pharmaceutical company that wants to sell a generic form of an approved brand-name drug must file an Abbreviated New Drug Application with the Food & Drug Administration, demonstrating that the generic is “bioequivalent” to the original medicine. In addition, the generic manufacturer must certify that its product either does not infringe the patents protecting the brand-name drug or that those patents are invalid.

As an enticement, the Hatch-Waxman Act grants the first generic manufacturer that successfully challenges a patent an exclusive and lucrative right to sell the generic drug for 180 days during which it is the only generic company authorized to compete with the brand-name drug.

When thus challenged, brand-name companies typically respond by suing the generic manufacturer for patent infringement, setting up what could be years of litigation. Rather than risk the uncertainty and substantial cost of a trial, the two sides often prefer to negotiate an out-of-court settlement.

In recent years, brand-name drug makers have struck deals in which the generic manufacturer agrees to drop its patent challenge and delay selling its copycat medicine for a few years. The generics firm, though, will begin selling its product years before the drug’s patent would expire. Often, that settlement comes with a sizable payment from the brand-name company to the generic drug maker.

In legal circles, these deals are known as reverse-payment agreements, because money flows from the brand-name drug company to the generics competitor that is challenging the patent. In a typical patent infringement lawsuit, a settlement payment would be made by an infringer to the patent holder.

The Hatch-Waxman Act inadvertently encourages reverse-payment settlements, says John J. Elliott, an attorney in the New York City office of law firm Greenberg Traurig. “The generic manufacturer does not have to risk damages in order to challenge the patent in court. Conversely, the innovator does not sue in search of damages; rather, it only seeks to protect its patents,” Elliott explains. Typical settlement considerations are thereby reversed.

Drug industry officials say pay-for-delay is a catchy phrase, but it’s based on the flawed premise that generic drug makers would win in court virtually every time they mount a patent challenge. A study by RBC Capital Markets of 371 cases during 2000–09 found brand-name companies won 89 cases at trial compared with 82 won by generic drug makers. Another 175 ended in settlement deals, and 25 were dropped.

“Winning drug patent litigation is a 50-50 proposition at best for generic companies,” says Neas. “But settling patent litigation is a proven way to ensure that affordable generics reach consumers earlier than would otherwise be possible.” That’s because the deals never prevent or delay a generic from coming to market past patent expiration, he remarks.

FTC, the main U.S. antitrust enforcer, believes the deals are anticompetitive, and it has fought the practice in court for more than a decade. In the commission’s view, the agreements are a win-win proposition for both brand-name and generic drug companies. The brand-name patent holder is able to maintain market exclusivity, pharmaceutical prices stay high, and the generic manufacturer gets something of value, either cash or a share of the brand’s monopoly profits.

FTC says the number of patent settlements between drug companies that involved compensation has jumped from 28 to 40 in the past two fiscal years. The deals in fiscal 2012 covered 31 brand-name drugs with combined annual U.S. sales of more than $8.3 billion.

Such agreements “violate the antitrust laws and undermine the goal and spirit of the Hatch-Waxman Act, which seeks to prevent weak patents from obstructing the development of lower-cost generic competition,” FTC Chairwoman Edith Ramirez told Klobuchar and other lawmakers at a Senate subcommittee hearing in late July.

As a result of the Supreme Court’s decision, FTC is in a “much stronger position to protect consumers from anticompetitive drug patent settlements that result in higher drug costs,” Ramirez testified. The Klobuchar-Grassley bill, she asserted, would further discourage the agreements by putting the burden on drug companies to prove that their settlements do not prevent competition.

“This issue has been a top priority for the agency for many years, and we’re going to continue to devote as many resources as necessary,” Ramirez said. “At the same time, these lawsuits are resource intensive and time-consuming, so I believe the legislation would create more of a bright-line rule and more of a deterrent effect.”

The high court’s ruling was “an important milestone, but the commission’s work is hardly over,” Ramirez added. “Pay-for-delay settlements will not disappear.”

Whether the legislative effort to limit settlement options for drug companies will succeed remains to be seen. In 2011, Grassley, Klobuchar, and other senators introduced a similar bill, but it died without getting a vote on the Senate floor. Lawmakers also failed to pass a ban on reverse-payment pharma settlements as part of the health care reform bill in 2010.