Hitting the debt ceiling, the looming sequestration, and a yet-to-be set 2013 budget are all examples of Congress kicking the can down the road

When it comes to dealing with the nation’s big problems, Congress is increasingly taking a kick the can down the road approach. This reluctance of lawmakers to roll up their sleeves and make tough decisions that may be unpopular with their constituents is beginning to take its toll on the country. 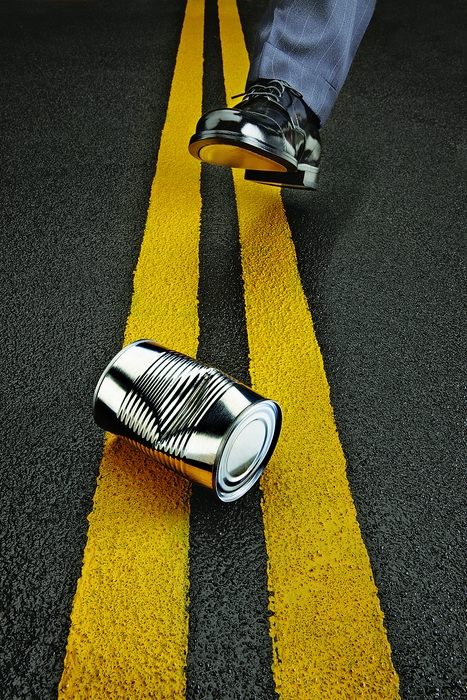 Take, for instance, the three looming fiscal calamities involving the U.S. budget and deficit that have been swirling around Capitol Hill of late. Although Congress is well aware of each of these matters, it has shown no sign of making meaningful progress to address the root issue: the nation’s spending habits.

All U.S. citizens have a vested interest in these pressing fiscal matters. Beyond individuals’ concerns, federal R&D agencies may have a lot less money to work with in the coming months, depending on how events play out.

The first pending fiscal issue is the government’s debt limit. This ceiling has routinely needed to be raised by Congress for the U.S. to continue paying its bills. If Congress fails to act, the U.S. will default on its loans and its credit ratings will likely be downgraded, which will affect the country’s future borrowing ability. Although the U.S. potentially defaulting on its loans is unrelated to science, it would likely have a negative impact on the U.S. economy—and the world’s, too—which, in turn, will affect the chemical enterprise.

The U.S. was set to hit this limit in mid-February in what was shaping up to be an ugly political power struggle. But a deal released last week by Republicans in the House of Representatives would delay this battle until mid-May (see page 24).

Prior to 2011, this debt ceiling adjustment happened with little attention. During that summer, however, it became bitterly political. Back then, the Democratic-controlled Senate and the Republican-controlled House took negotiations down to the wire and in an eleventh-hour deal raised the debt ceiling. As part of that deal, a so-called supercommittee was set up to identify budget cuts to reduce the nation’s deficit. To ensure the success of this committee, lawmakers put in a backstop of annual, automatic, across-the-board budget cuts that no one would want to see invoked.

That backstop is known as sequestration, and it’s the second example of Congress punting on tough problems. Sequestration became the deficit-reduction plan when the supercommittee failed to truly tackle the core issue of reducing the nation’s spending in an intelligent way by crafting a debt-reduction plan in November 2011.

As a result, some $109 billion in cuts was originally set to kick in at the start of 2013, but as part of the last-minute deal to avoid the fiscal cliff—the combination of expiring tax cuts and sequestration—the same Democratic-controlled Senate and Republican-controlled House agreed to delay the cuts until March 1. For R&D programs, these cuts translate into an estimated 8 to 10% budget reduction. But March 1 is five months into the fiscal year, so all cuts will come out of the last seven months’ funding.

Members of both parties agree that sequestration is a bad policy, but in the more than a year that it’s been on the books, lawmakers have yet to seriously act on options to cut spending. Here again Congress seems intent on kicking any decisive action to prevent sequestration down the road.

Congress has also punted on passing the fiscal 2013 federal budget. Instead of finalizing the budget by the start of the fiscal year, Oct. 1, 2012, Congress passed a temporary, six-month spending measure to fund the government. This delay, however, is not unusual as Congress hasn’t passed a budget on time since the late-1990s (see page 28). But unless Congress acts by March 27 to pass a 2013 budget or another short-term funding bill, the federal government will shut down.

A government shutdown means federal agencies will be closed. Agencies such as the National Science Foundation, the Department of Energy, and the Environmental Protection Agency will go dark, and those in the chemical community who interact with them will be out of luck.

These three potential crises underscore the bitter divide on Capitol Hill and the gridlock that has become the norm there, which makes delaying tough decisions on big issues the only option. It’s almost as if lawmakers have forgotten that good policy comes not from endless games of chicken, but rather from respectful negotiations.

Defense Secretary Leon Panetta made this point during a recent press conference in response to a question about the current political environment in Washington, D.C. Panetta, who has worked in Congress and has been involved in past Administrations, noted that, although the two parties have always had their differences, negotiating compromised deals was viewed as a win for all.

Now, Panetta continued, “I think that there’s an attitude that governing isn’t necessarily good politics, that gridlock and confrontation is good politics. And I think we pay a price for that.”