CORRECTION: This story was updated on Dec. 11, 2013, to correct the structure of the DMDHEU-cross-linked cellulose chains.

If Ruth R. Benerito, who passed away in October at age 97, had been around to see the media coverage of her death, she would’ve likely been dismayed. News outlets such as the New OrleansTimes-Picayune, Benerito’s local paper, proclaimed in obituaries that the chemist’s research team had discovered how to make wrinkle-free fabrics during the 1960s. 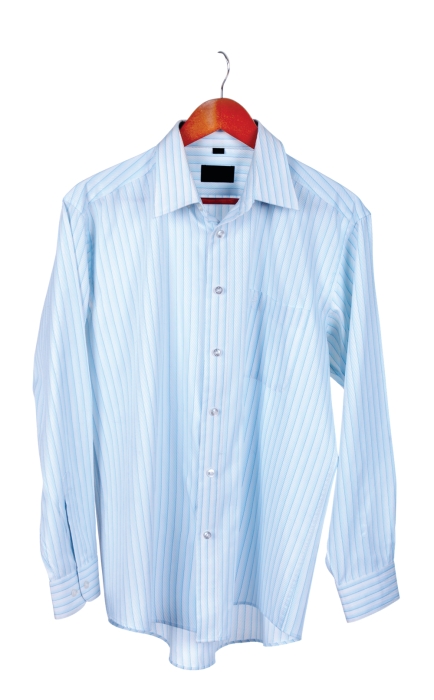 The misconception that Benerito invented wrinkle-free fabrics all by herself began to propagate in 2002 after she received a Lemelson-MIT Lifetime Achievement Award for work she carried out at the Department of Agriculture’s Southern Regional Research Center, in New Orleans. “A local reporter was incapable of understanding the fundamental physical chemistry work Ruth did and got the story wrong,” says Benerito’s former colleague and friend Noelie Bertoniere.

In reality, the concept of giving unruly fabrics such as cotton a wrinkle-free “finish” arose during the early 1900s in Europe. Scientists recognized that this natural material is made of numerous parallel chains of the polysaccharide cellulose and that those chains are held together by weak hydrogen bonds. When a cotton garment is left sitting in the dryer, the bonds break and eventually re-form as the cellulose chains shift into new, kinked configurations—wrinkles. 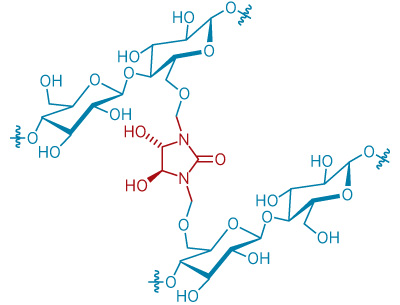 To deal with this insubordinate behavior, chemists began treating fabrics with molecules that cross-link the cellulose chains to permanently lock them into place. Tying up cellulose with urea-formaldehyde and other cross-linkers gave cotton “memory,” says Ken Greeson, senior textile chemist at Cotton Incorporated, an industry-sponsored research and promotional organization.

But the treatments to flatten out cellulose made cotton fabrics brittle. In those early days, up through the 1950s, Bertoniere says, “you could sit down and your shirt would rip across the back.”

Sometimes the treatments even caused color changes in garments. “If you bleached something with chlorine and then ironed it, it would yellow very badly,” Greeson says. That’s because the chlorine reacted with amine groups in the cross-linkers.

It was at this point that Benerito’s team and other research outfits stepped in to smooth out the chemistry. By the 1960s, cotton apparel and fabrics accounted for 78% of the textile market. But the popularity of synthetic, wrinkle-free fibers such as polyester was causing that market share to slide, worrying the cotton industry and driving researchers to seek ways of making cotton easier to care for.

One answer was dimethylol dihydroxyethylene urea (DMDHEU). This cross-linker has four hydroxyl groups capable of forming tight, covalent bonds to cellulose. All of those links have made DMDHEU a workhorse finishing agent in the cotton industry today, says Charles Q. Yang, an emeritus professor and textile expert at the University of Georgia, Athens. But because the compound modifies cotton in the presence of an acid catalyst, it also weakens the fabric, he explains.

Another downside of DMDHEU is that over time it can break down and release formaldehyde, one of the starting materials used to make it. Although formaldehyde is a naturally occurring substance—even an apple contains up to 20 ppm of the stuff, Greeson says—with significant exposure it is deemed a probable carcinogen by the Environmental Protection Agency. According to the Occupational Safety & Health Administration, inhaling 100 ppm of the chemical is immediately dangerous to human health. So the textile industry has voluntarily lowered the levels of formaldehyde on garments by capping DMDHEU with molecular groups such as alcohols.

In 2010, the Government Accountability Office, the investigative arm of Congress, conducted a study on levels of formaldehyde in garments. Of 180 items tested, only 10 of them contained more than 75 ppm of the compound, no doubt thanks to low-formaldehyde formulations.

Still, some experts would prefer formaldehyde-free cross-linkers. “I wear polyester,” Yang says. He doesn’t like the idea of formaldehyde being next to his skin or transferring to other garments in his closet. Yang has helped develop carboxylic acid cross-linkers and is waiting patiently for manufacturers to get on board with using them. The Southern Regional Research Center patented these types of modifiers.

The problem with the formaldehyde-free linkers is that they require a higher reaction temperature than DMDHEU and are more expensive. Another challenge is that the catalyst used with the carboxylic acid linkers—sodium hypophosphite—can diminish some garment colors, Greeson says. “DMDHEU has 50 years behind it, so you can imagine it’s an uphill battle trying to come up with something that’ll outperform it.”

2-D Materials
Making conductive graphene yarn in bulk
Materials
Smart fabric regulates body heat
Consumer Products
What are hair removers, and how do they get rid of unwanted fuzz?
Share X
To send an e-mail to multiple recipients, separate e-mail addresses with a comma, semicolon, or both.
Title: What's that stuff? Wrinkle-Free Cotton
Author: Lauren K. Wolf
Chemical & Engineering News will not share your email address with any other person or company.