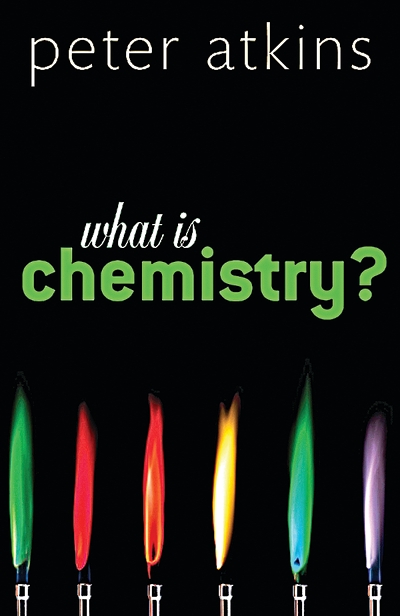 What is chemistry? I’m sure that every chemist has his or her answer to that question. Mine would be along the following lines: Chemistry is the study of matter and its transformations and the development of methods to manipulate those transformations to create new and useful forms of matter.

Which is all well and good as far as it goes. What that simple definition does not get at is how chemists actually go about studying and manipulating matter. To get into that requires getting into atoms, molecules, chemical bonds, thermodynamics, kinetics, and so much more. In other words, an introductory chemistry textbook, hundreds of pages long, that almost no one—except aspiring chemists—wants to read.

Peter Atkins has set out to answer the question in a book that is accessible to nonscientists. “What Is Chemistry?” is a slim volume—all of 152 pages—that attempts to lay out the central concepts of chemistry so that nonchemists will understand and appreciate what the science contributes to modern thought and society.

Atkins is a fellow of Lincoln College at the University of Oxford. He is the author of 60 books ranging from influential textbooks including “Physical Chemistry” to a number of books for a general readership. Like many modern chemists, he is under no illusions about the status of his science in the mind of the general public.

“Chemistry, I have to admit, has an unhappy reputation,” he writes in the preface to his latest book. “People remember it from their schooldays as a subject that was largely incomprehensible, fact-rich but understanding-poor, smelly, and so far removed from the real world of events and pleasures that there seemed little point in coming to terms with its grubby concepts, spells, recipes, and rules.” Throw in the chemical industry’s reputation for degrading the environment, he says, and you have a thoroughly unpleasant combination.

“I want to change all that,” Atkins states. “I want to show you the world through a chemist’s eyes, to understand its central concepts and see how a chemist contributes not only to our material comfort but also to human culture. I want to explain how chemists think and how what they reveal about matter—all forms of matter, from rocks to humans—adds pleasure to our perception of the world.”

Does Atkins succeed in this lofty mission? For the most part, yes, I’m happy to report. “What Is Chemistry?” is a remarkably concise and admirably accessible primer on the central science. Atkins takes his readers on a tour of the intellectual underpinnings of chemistry, provides a glimpse of how modern chemistry is actually done in the laboratory, and sketches the contributions of chemistry to human existence without overlooking the downside of chemical production.

He takes a straightforward approach to his subject. In chapter one, Atkins introduces chemistry’s origins, scope, and organization. In chapters two and three, he discusses chemistry’s “principles,” first atoms and molecules and then energy and entropy. In subsequent chapters he looks at reactions, instrumentation in the modern chemical laboratory, chemistry’s contributions to human welfare, and the science’s future.

Atkins employs a professorial voice throughout this book. Atkins (first person) is lecturing a group of students (his readers) on a subject about which they know very little but are enthusiastic to learn more of. This device serves him reasonably well, although at times he comes across as at least mildly condescending (he is an Oxford don, after all).

He writes, for example, “It was perhaps a little disconcerting for me to mention in Chapter 1 that to understand the structures of atoms it would be necessary to turn to quantum mechanics and all its incomprehensibilities. However, I did also mention that I would distil from that extraordinary theory only concepts and information that concern us. With that restriction in mind, it turns out that atoms have a rather simple structure and that it is quite easy to understand relationships between the elements and to understand, as this account unfolds, why some combinations of atoms are allowed and others not.”

That said, Atkins is adept at explaining complex concepts in straightforward language that is by no means dumbed down. In his discussion of the structure of atoms and molecules, for example, he turns to the properties of the electron clouds that surround a nucleus. “I need to make more precise the nature and structure of those clouds, for they are not just regions of swirling mist,” he writes. “Electrons surround the nucleus in layers, rather like real clouds lying above each other, but encircling the entire atom. The concept of an electron being a ‘cloud’ needs a quick word of explanation. The cloud is really a cloud of probability: where it is dense, the electron is likely to be found; where it is sparse, the electron is unlikely to be found.” 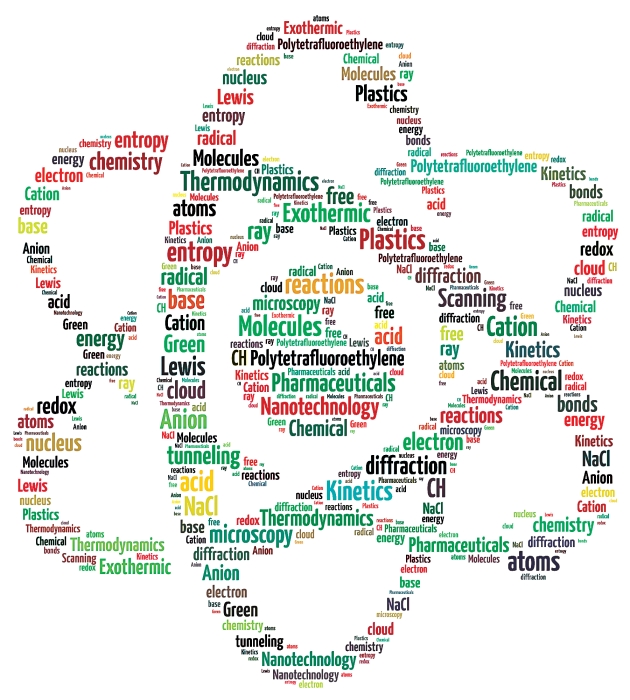 Atkins then proceeds to explain how the electron structure of atoms leads to the periodicity of the elements and makes the following point: “It is often said that atoms are mostly empty space. That simply isn’t true. The cloudlike distributions of electrons fill the whole of space around the tiny fly-in-a-stadium-sized nucleus. Admittedly the cloud is very thin in parts; but it is there and all-pervasive.” He returns usefully to this basic notion at a number of points in the book.

Atkins is a physical chemist by trade, and he enthusiastically plunges into thermodynamics and kinetics as a lead-up to his chapter on chemical reactions. He identifies for readers the four fundamental types of reactions—acid-base, redox, free radical, and Lewis acid-base—without, I think, losing the general reader. Admittedly, by the time Atkins gets to nucleophilic and electrophilic substitutions, that reader will have to be pretty committed to capturing an understanding of chemistry to keep up with Atkins, but there’s nothing here that is intrinsically hard to grasp.

Probably the weakest chapter in “What Is Chemistry?” focuses on modern laboratory instrumentation. I doubt most general readers really care that much about the basics of spectroscopy and spectrometry. This chapter would have benefited greatly from a couple of illustrations—perhaps an atomic force microscopy image of a molecule and a ribbon structure of a protein.

Atkins is strongest in his chapter on the contributions—both positive and negative—of chemistry to society. He surveys broadly how chemistry has created the modern world, and he can be quite lyrical. He writes, for example, that “one of chemistry’s greatest achievements, made in the opening years of the 20th century under the impetus not of a humane desire to feed but of an inhumane desire to kill, was to discover how to harvest nitrogen from the air and turn it into a form that could be absorbed by crops (and used to make explosives).” He notes that this process, still in use today, is highly energy intensive, and observes that “it would be wonderful if the processes known to occur in the bacteria that inhabit the nodules of the roots of alfalfa, clover, beans, peas, and other legumes could be emulated on an industrial scale and harnessed to harvest atmospheric nitrogen. Chemists have put decades of research into this possibility.”

Atkins acknowledges that the material progress that chemistry has provided humans has had costs, but maintains that, overall, the balance has been hugely positive and that much progress has been made toward taming the environmental impact of chemical production.

In addition to providing useful molecules for humans, Atkins points to chemistry’s power to show us how the world works as another critical contribution. “We understand, through chemistry, the flavours of foods, the colours of fabrics, the texture of matter, the wetness of water, the changing colours of foliage in spring, summer, and autumn. Not every moment of our lives do we need to turn on understanding, for lying back in animal delight can be a pleasure of its own, just basking in the pleasure of our surroundings. But chemistry adds a depth to this delight, for when the mood moves us and the inclination impels, we can look beneath the superficial pleasures of the world and enjoy the knowledge that we know how things are.”

“What Is Chemistry?” is an enjoyable stroll through the fundamentals of our science. It would be a good book to have on your shelf to lend to a nonchemist who wants to know just what it is about chemistry that fascinates us so.

Periodic Table
From our archives: An essay on silver, by Alan Shaw
Policy
Tools Of The Trade
Chemical Bonding
Chemical Connections
Share X
To send an e-mail to multiple recipients, separate e-mail addresses with a comma, semicolon, or both.
Title: Defining Chemistry
Author: Rudy M. Baum
Chemical & Engineering News will not share your email address with any other person or company.

Comments
Dr Shilpi Saxena (December 17, 2013 6:53 AM)
I read a brief about this book and I wish to read this full book. Peter Atkins has put his whole experience in this little book. Anyone who is new to chemistry and wish to know about the chemistry can read and understand from this capsule of chemistry.
Reply »