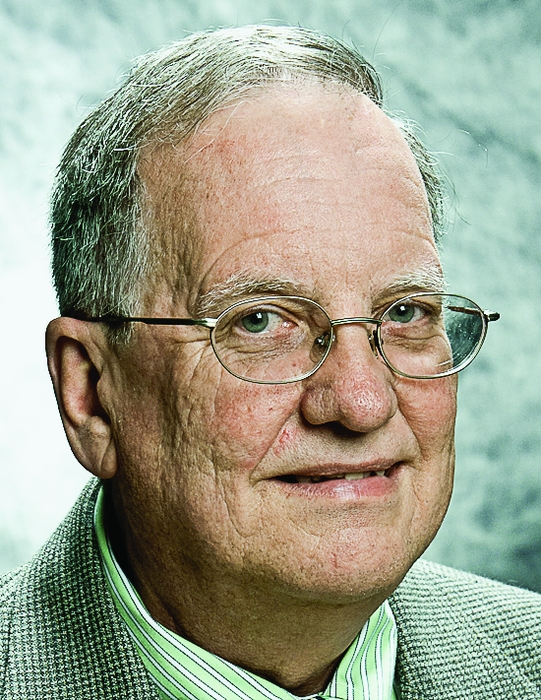 When George H. Fisher reflects on why he became a chemist, he recalls his 10th-grade chemistry teacher, a retired Yale University-educated industrial chemist.

“His enthusiasm inspired me and several of my classmates to go into chemistry and science,” Fisher explains. “It was his teaching methods and his interest in us as students that led me to take two years of chemistry, so I could do a research project with him and attend a summer science camp.”

Fisher, 69, has provided that same encouragement, enthusiasm, and mentoring for nearly 40 years in academic classrooms and laboratories, working with university and high school students in Miami. Most of those students have been economically disadvantaged minorities and underrepresented in science, Fisher says. He believes they can strongly benefit from discovering the power and opportunity in chemistry but lack the resources available to other students.

In the mid-1970s, Fisher began working with students at the University of Miami, where he earned his Ph.D., and in 1988, he moved to the chemistry department at Barry University, where he is a professor of organic chemistry. Barry is a Hispanic-serving institution and is eligible for federal support, because more than one-quarter of its student body is Hispanic and one-half are considered low income.

On average, Fisher mentors three undergraduate research students annually; currently two are underrepresented minorities or are economically disadvantaged. Altogether, he has mentored more than 100 research students and supported another 1,000-plus in his organic lecture and lab courses. He also has helped students find and apply for financial aid, internships, scholarships, graduate or professional programs, and jobs.

Fisher has been involved in ACS’s Project SEED program since 1984 and is currently Project SEED coordinator in the ACS South Florida Section. Project SEED provides stipends for economically disadvantaged high school students to carry out chemistry-related summer research under the direction of an academic, industrial, or government lab researcher. “Instead of working at McDonald’s or Burger King,” Fisher explains, “students find meaningful research internships that advance their knowledge and experience and might lead to a college scholarship.”

“There have been many success stories,” he says. He points to students who earned chemistry graduate degrees and became academic or business leaders, as well as those who have embarked on well-paying and interesting chemistry-related careers.

One is Nathan Gonzalez, who was drawn into the Barry chemistry program through its chemistry club and ACS student chapter, which Fisher directs. Gonzalez soon joined ACS and Fisher’s research group. He presented research posters at ACS national meetings and received an ACS scholarship.

After graduation, Gonzalez began graduate school. But as a single father with two daughters, he found it tough financially. Today, thanks to Fisher’s mentorship, he is a chemist in the pharmaceutical industry. “Without his encouragement,” Gonzalez notes, “I would have been lost, not knowing what is out there and available for me and others to explore in chemistry.”

Fisher will present the award address before the ACS Division of Chemical Education.