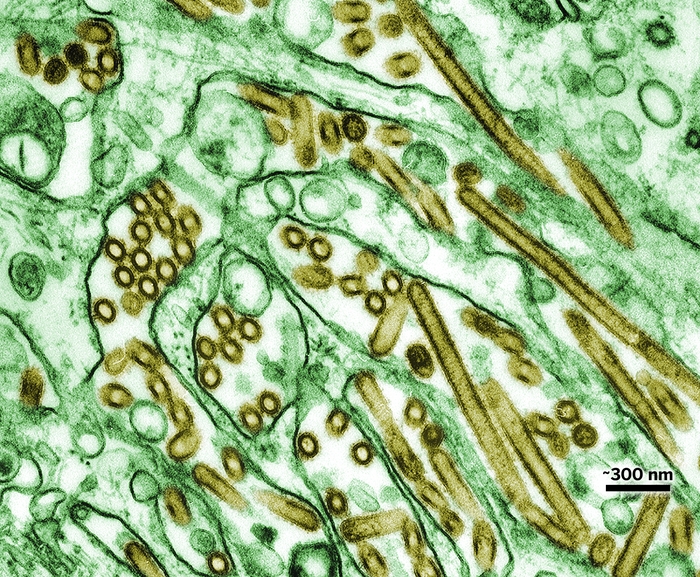 For a little more than one year now, the international influenza research community has been under a self-imposed moratorium on H5N1 avian flu transmission studies. The moratorium started last winter, after two separate research groups were asked by the U.S. government not to publish their work on enhancing the transmissibility of H5N1 via artificial mutations of the virus.

The two papers that sparked the controversy were published last fall, after a long delay in which funding agencies, governments, and the researchers involved worked out bio­security concerns. Some critics worried that the methods discussed in the papers could lead to the accidental release of a pandemic virus, or it could fall into the wrong hands and enable terrorists to unleash a potent bioweapon.

But the lifting of the moratorium by researchers is not the end of the intense debate. Researchers in the U.S.—the country that provides the most funding for this gain-of-function work, which is research to explore how a pathogen could become more lethal or transmissible—remains at a standstill. The holdup is that federal officials are trying to finalize guidelines detailing how such studies should be identified and handled.

The draft guidelines propose that both the specific funding agency and its department—in this case the National Institutes of Health and the Department of Health & Human Services—scrutinize research proposals for such factors as risk/benefit and risk mitigation. This is in addition to existing procedures like peer review and deciding whether the work could be used for ill purpose as well as good, something called “dual-use research of concern.”

But for critics, this isn’t enough. The guidelines lack rigorous risk/benefit analysis of this gain-of-function research, says Richard H. Ebright, a Howard Hughes Medical Institute investigator and professor of chemistry and chemical biology at Rutgers University, who has followed the H5N1 situation closely. The criteria, he wrote in a letter to NIH, “entail strictly generic, utterly insufficient standards.”

Even those in favor of this kind of work urge caution. “We are dealing with something completely new in science,” comments Arturo Casadevall, an influenza researcher at Albert Einstein College of Medicine and a member of the National Science Advisory Board on Biosecurity (NSABB), an expert panel convened to advise government on the issues raised by research like gain-of-function studies. The flu research community is divided on the merits and approaches to the work, he says, but the discussions are worthwhile. Ebright adds that although the guidelines will likely not have a specific impact on chemistry research, “there will be profound impacts for research across the life sciences.”

For the work in question, researchers had mutated the virus in ferrets so that airborne transmission between mammals became possible. In doing so, they identified new mutations that researchers could watch for in the wild, to see if a flu strain was becoming more dangerous. But that also meant they had created a new and potentially more dangerous form of H5N1. 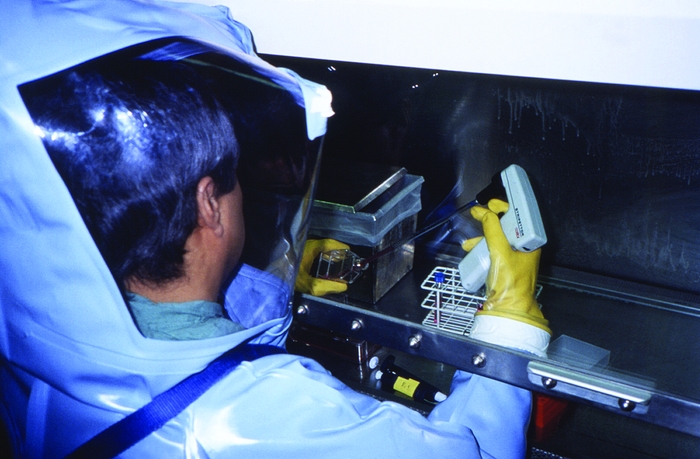 Credit: CDC
Gain-of-function research often must be carried out in BSL-4 facilities.

Because of the danger, Ebright wrote to NIH, avian flu gain-of-function research “must require the highest standards of biosafety and biosecurity, and, at minimum, must require biosafety level 4 (BSL-4) containment and Tier 1 select-agent regulation.” A Tier 1 select agent, as classified by the U.S. government, is a toxin or micro­organism that poses a severe threat to human or animal health. Other Tier 1 select agents include botulinum neurotoxin, as well as Variola (smallpox), Marburg, and Ebola viruses. In the U.S., BSL-4 is the highest safety level designation for a biological laboratory, though it is not an international standard.

Wild-type H5N1 virus is difficult for humans to contract—a person must be in close contact with infected birds and their bodily fluids. But when infections do happen, the mortality rate in humans is estimated to exceed 60%. Influenza researchers, epidemiologists, public health officials, and nearly everyone else fear the day that wild-type H5N1 virus mutates and becomes an airborne infectious pathogen afflicting humans. No one doubts the potential for a pandemic that could kill millions of people worldwide in a matter of weeks or months.

When lifting the moratorium, flu researchers explained the reasoning in a letter in Science: “During the past year, the benefits of this important research have been explained clearly in publications and meetings. Measures to mitigate possible risks of the work have been detailed.” With the blessing of the World Health Organization and review of safety and security measures by authorities in countries other than the U.S., the researchers added, “we declare an end to the voluntary moratorium on avian flu transmission studies.”

The principal investigators of the two H5N1 gain-of-function studies that ignited the current debate—Ron A. M. Fouchier of Erasmus Medical Center, in the Netherlands, and Yoshihiro Kawaoka of the University of Wisconsin, Madison—also commented on the moratorium and their research during a Jan. 23 teleconference. Kawaoka noted that the work might lead to improved preventions. Furthermore, he said, “there are many layers of safety built into the research protocol. We can conduct these experiments safely.”

Initial biosecurity concerns raised when the papers first came up for publication appear to have faded somewhat over the past year. Kawaoka says that discussions between the U.S. intelligence community and NSABB have gradually concluded that the risk of a terrorist event is very small, even negligible. “There is no information that these studies would feed into people with malicious intent,” he says.

Casadevall agrees that the focus of the debate has shifted more toward biosafety and is the topic that now most polarizes the flu research community. Scientist have ways of attenuating viruses’ danger, he says. On Ebola virus, for example, protein receptors on the surface of the virus can be identified and isolated. They can be transferred and expressed for study on another, less pathogenic virus. Research that would normally be conducted only in BSL-4 facilities, Casadevall says, could instead be conducted safely in a BSL-2 lab.

“A lot more is possible, we just haven’t had to go there yet,” Casadevall says in terms of the options for highly deadly pathogen research. It might be that researchers don’t learn everything in studies of H5N1 or another agent, “but you can get 99% of the information you want.”

A shift of the debate to biosafety concerns has not quelled all voices that continue to warn of a biosecurity threat. A source close to the government’s national security discussions on the H5N1 research, and who wishes to remain anonymous, comments, “We still don’t have any biosecurity framework in place for this kind of research.” The moratorium, the source adds, “was meant to persuade the public that this is all okay. I have never seen a risk/benefit analysis” of this research.

A final draft of the U.S. government guidelines that incorporate the feedback NIH received will be released soon, National Institute of Allergy & Infectious Disease Director Anthony S. Fauci tells C&EN. “We’re talking weeks, not months or years,” he says, responding to statements by some international flu researchers that the U.S. government might be dragging its feet on policy-making for gain-of-function research. When those guidelines are set, NIH-funded work on H5N1 gain-of-function research can resume.

The source familiar with the H5N1 discussions says that “Fauci wants this out, over, and done with. But it’s so problematic.” There’s no disinterested or impartial review by qualified people outside of the biomedical research community, adds the source, who is also concerned about the impact on potentially vital research. Without rigorous and impartial evaluation, the risks escalate that security concerns will demand funding be cut. Alternatively, security concerns could lead to the intelligence community stepping in and making the biomedical research classified.

On Capitol Hill, Rep. F. James Sensenbrenner Jr. (R-Wis.)—who has been extremely critical of the Obama Administration for its slow and sometimes awkward response to the H5N1 research dilemma—is also keeping tabs on the situation. “We need to have a dual-use research policy in place,” he says, one that “balances addressing security challenges with the need for continued scientific discovery and advancement. These challenges were predictable, and they are not going away anytime soon.”