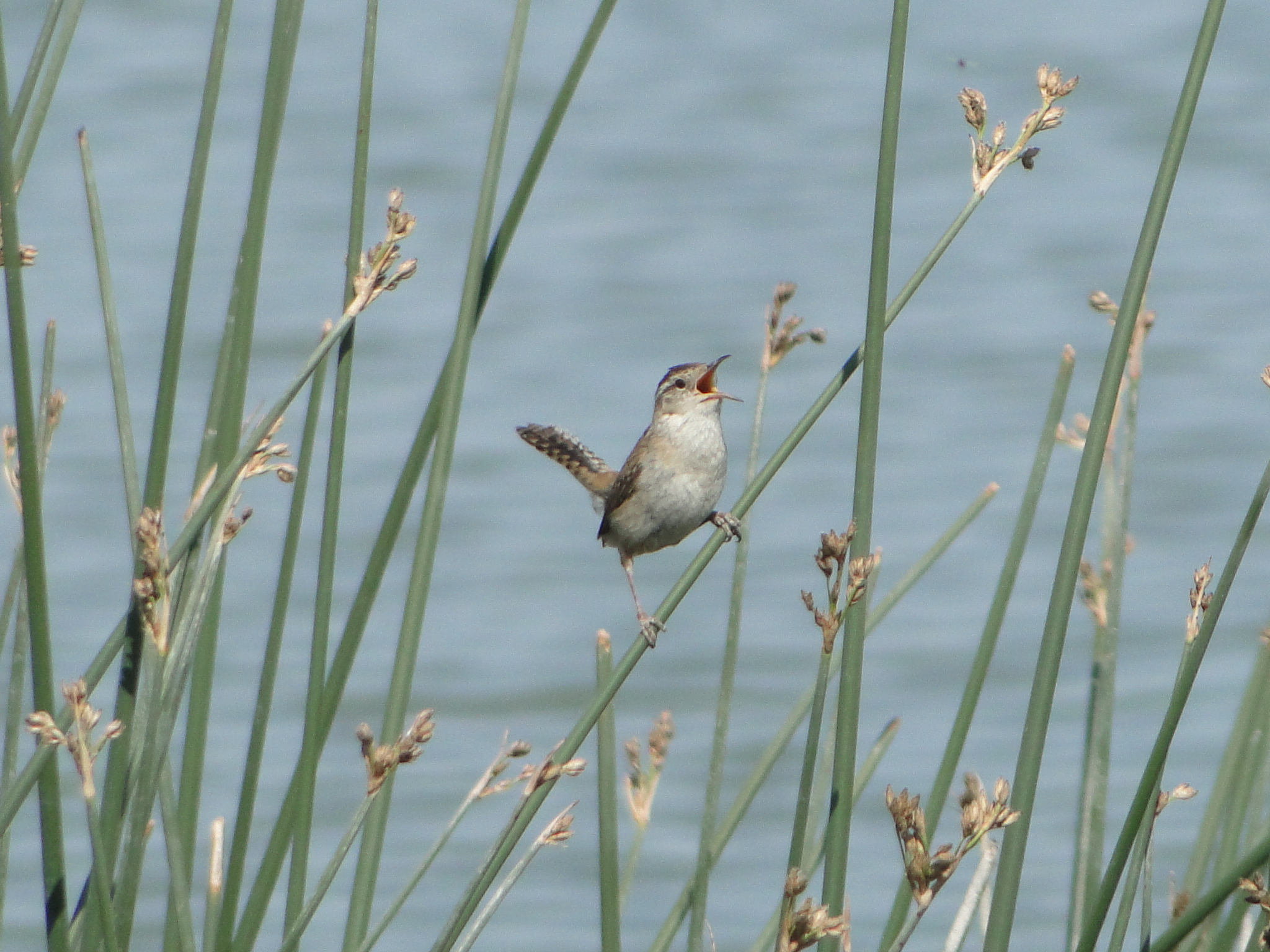 Mercury can disrupt reproduction for many bird species, preventing their eggs from hatching and increasing mortality in their chicks. Ecologists monitor levels of the toxic metal in birds by analyzing the animals’ blood and feathers. This method, however, might not provide an accurate picture of the risk posed by mercury to bird populations, according to a new study. Researchers found that mercury content of avian blood and feathers doesn’t match that found in eggs, which they say is most indicative of reproductive harm (Environ. Sci. Technol. 2013, DOI: 10.1021/es400910x). The results suggest that scientists shouldn’t assume the tissues can be used interchangeably for mercury risk assessment, the researchers say.

Empty Nest
[+]Enlarge
Credit: U.S. Geological Survey
Levels of mercury in marsh wren eggs, taken from nests like the one shown, differed from those in the blood and feathers of marsh wrens living in the same area. 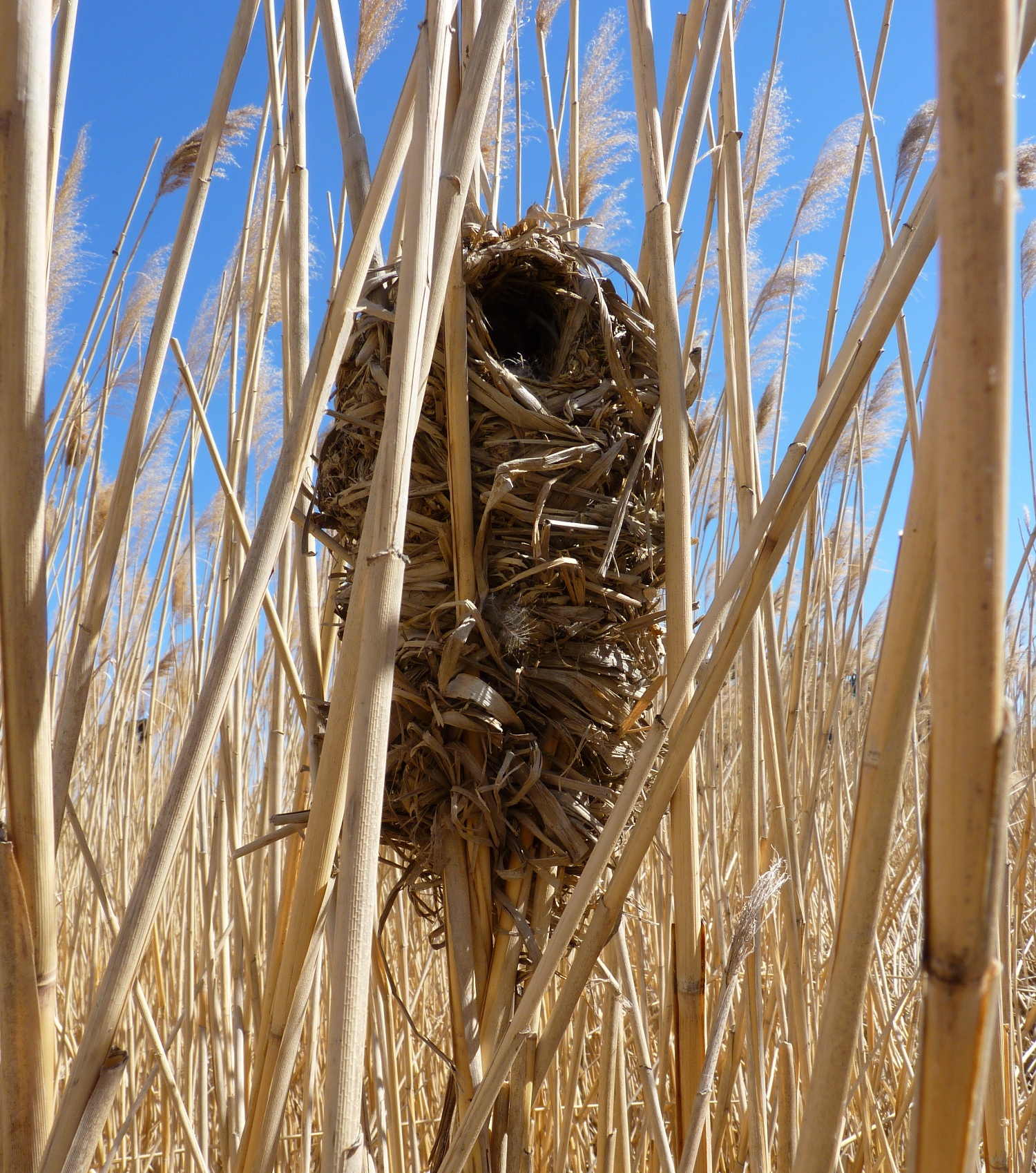 Credit: U.S. Geological Survey
Levels of mercury in marsh wren eggs, taken from nests like the one shown, differed from those in the blood and feathers of marsh wrens living in the same area.

Birds living in wetlands suffer in particular from mercury contamination because bacteria in the water convert inorganic mercury into methylmercury, which animals absorb more readily, says C. Alex Hartman of the U.S. Geological Survey in Dixon, Calif. “The fish take it up, and then the birds that eat the fish take it up.” But even birds that don’t eat fish aren’t safe. Over the past few years, scientists have found evidence that insect-eating songbirds in wetland areas also accumulate and are harmed by mercury (Auk 2011, DOI: 10.1525/auk.2011.11106).

To measure mercury levels in bird tissues, ecologists typically sample blood or feathers because they’re easy to collect, and the method doesn’t harm the birds, Hartman says. Measuring mercury concentrations in eggs is a more direct way to assess reproductive risk, he says, but the process destroys the eggs. Because scientists assumed that mercury levels in these tissues—blood, feathers, and eggs—are correlated within a given geographical area, they usually don’t go after eggs. But Hartman wanted to test that assumption.

Hartman and his colleagues selected the marsh wren (Cistothorus palustris), an insect-eater that lives in the wetlands of Great Salt Lake in Utah, because previous studies showed that these birds may be particularly vulnerable to mercury contamination. At 12 sites over a 116-square-mile area, the researchers set up 39-foot-long nets made of a fine mesh and lured birds to the nets by playing marsh wren songs on a portable stereo. They captured 45 wrens, collected blood and feathers, and then released the birds. The researchers also collected 40 eggs from nests near the capture sites.

Back in the lab, the researchers measured the mercury content of the samples with atomic absorption spectroscopy. They found no significant correlation between mercury concentrations in the collected blood, feathers, and eggs. To try to ensure they were comparing the same birds, the scientists next analyzed data from samples collected over small geographical areas that represent the home range of a wren. Still, the statistical analysis showed no meaningful correlation between the tissue types. These results suggest that “you can’t make an assumption that if you collect blood, you can estimate the egg concentration,” Hartman says.

Scientists could use this information to develop a gold standard for measuring the impact of mercury on bird populations, says David C. Evers, a conservation biologist and chief scientist at the Biodiversity Research Institute, in Gorham, Maine. Hartman now plans to see if the differences he observed in marsh wren tissues extend to fish-eating birds and to birds in other environments.

Comments
Ronald W. Gumbs (May 30, 2013 2:07 AM)
On the cover of this month's issue of National Geographic is a photograph of a beautiful baby with the caption that "this baby will live to be 120 years," thanks to the "new science which will lead to very long lives." Instead of monitoring the levels of mercury in birds, I suggest that chemists monitor the levels of mercury in toddlers. The objective is to determine whether these children will live to attain the age of 120 years. It is quite clear that the concentration of mercury in the blood of these children will increase as they get older.
Reply »