The Nanotube Computer Has Arrived 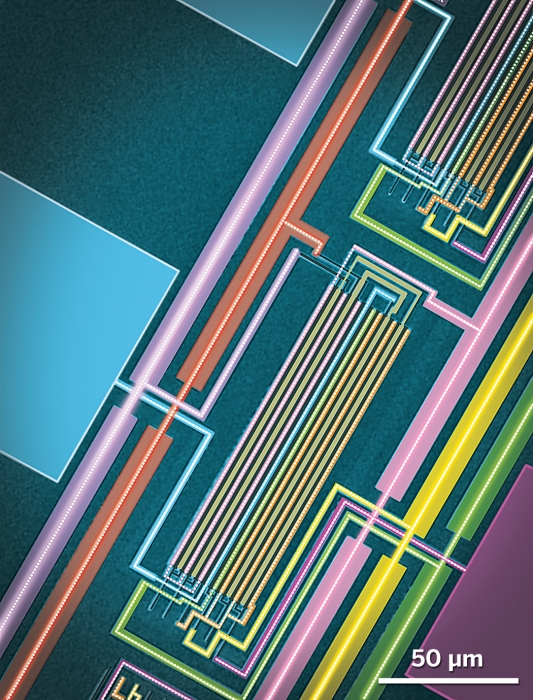 The world’s first computer built with carbon nanotubes has been unveiled by researchers at Stanford University (Nature 2013, DOI: 10.1038/nature12502). The machine—albeit very limited in function—is a major step toward energy-efficient alternatives to the silicon-based electronic components that dominate the computing and electronics landscape today. 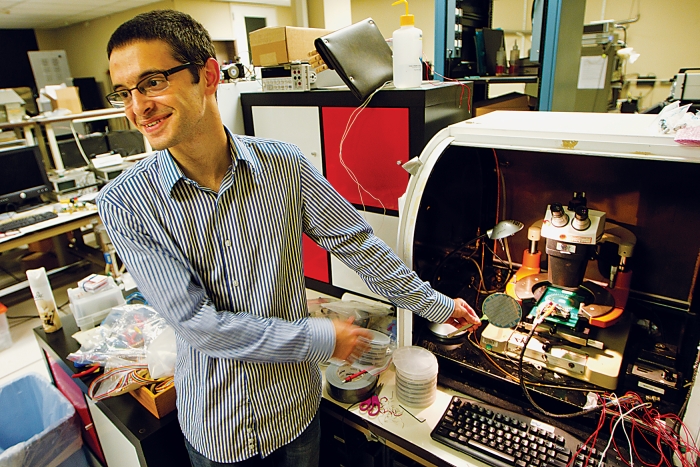 Computer technology has long-followed Moore’s law, the prediction that every two years electronics firms will be able to double the number of transistors—the semiconducting building blocks of circuits—packed onto their chips. This increase has enabled computers and other electronics, such as smart phones, to become progressively smaller and faster.

After the first carbon nanotube transistor was created in 1998, researchers made progress by building other circuit elements such as logic gates. But a computer with an all-nanotube central processor remained elusive.

“It’s difficult to control the material properties of nanotubes on a large scale,” explains Subhasish Mitra, an engineer and computer scientist at Stanford. To make even a simple computer’s circuits out of nanotubes requires tens of thousands of the ultrathin tubes—and they all need to be in particular spots and aligned with one another, he says. In addition, he points out that nanotube synthesis typically yields a mix of semiconducting and metallic tubes, the latter of which are undesirable for electronics.

Mitra, Stanford engineer H.-S. Philip Wong, and colleagues addressed these challenges by developing a technique, called the imperfection-immune design methodology, to selectively obliterate metallic nanotubes from chips and to pattern circuits so that misaligned tubes don’t cause computational errors. They used the approach to fabricate a 178-transistor computer chip capable of running both a counting and a number-sorting program.

Although this nanotube computer can’t compete with today’s devices—it operates on par with 1950s-era computers—it usually takes a whole armada of engineers to design and fabricate a functional computer, says nanotube electronics expert Franz Kreupl of the Technical University of Munich in a commentary accompanying the Nature report. “So it is worth noting how this small research group has made a nanotube computer,” Kreupl writes.

Cees Dekker, whose group at Delft University of Technology, in the Netherlands, made the first nanotube transistor 15 years ago, says the new computer is the most complex carbon-based electronic system yet realized. But, he adds, it remains to be seen whether these carbon nanotube computers really will outcompete silicon-based computers, which are more established and easier to manufacture.

“So much money has been invested in silicon that Silicon Valley isn’t going to become Carbon Valley overnight,” says Max M. Shulaker, a graduate student and lead author of the Nature report. Plus, the Stanford team’s computer still has plenty of room for improvement.

“We’re limited by the academic facility we use to make our chips,” Shulaker explains. As a result, the researchers could fit only so many transistors onto their chips. According to Shulaker, increasing the processing speed of the computer and giving it more functionality will necessitate help from industry. The team won’t disclose its commercialization plans but says it is looking forward to collaborating with an industry partner to scale up its nanotube device.