PLAYTIME
[+]Enlarge
Credit: Shutterstock
Tiaras and toys are among the items for which product makers must report the presence of 66 chemicals targeted by Washington state. 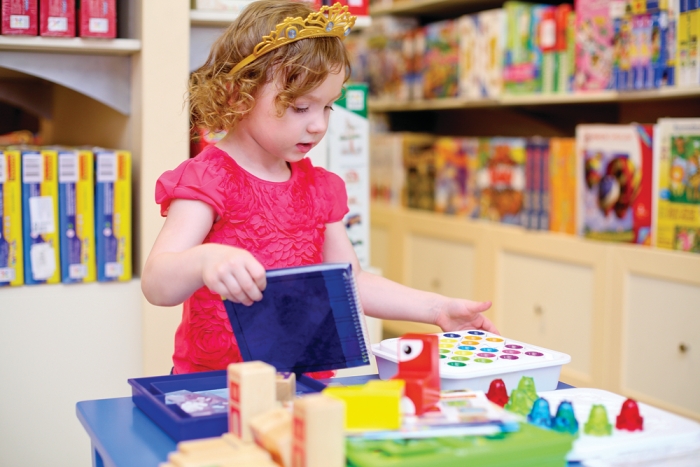 Credit: Shutterstock
Tiaras and toys are among the items for which product makers must report the presence of 66 chemicals targeted by Washington state.

For years, states have taken steps to regulate commercial chemicals that aren’t controlled by existing federal rules. Washington, Maine, and California have led the way.

For instance, makers of toys, potty chairs, and other children’s items must report to Washington state whether their products contain vinyl chloride, cobalt compounds, or some 60 other substances the state lists as “chemicals of high concern to children.”

Maine has reporting requirements similar to Washington’s. Through these, Maine officials learned which household paints contain nonylphenol ethoxylates—surfactants being phased out of laundry detergents because they break down into nonylphenol, a compound toxic to aquatic organisms.

California is taking a different approach. A state initiative will require consumer product manufacturers to find safer alternatives or to eliminate substances the state determines are risky to people’s health.

Now, Congress is weighing whether to strip Washington, Maine, California, and other states of the authority to regulate chemicals in these and other ways.

As it stands, if the Environmental Protection Agency hasn’t regulated a commercial chemical under the federal Toxic Substances Control Act (TSCA), states now are free to restrict that chemical. And states—concerned with the health and safety of their citizenry—are acting because the 38-year-old TSCA makes it cumbersome to nearly impossible for EPA to control chemicals in commerce.

States are taking on key roles that EPA can’t because of weaknesses in the outdated TSCA, said Michael Belliveau, executive director of the Environmental Health Strategy Center, a Maine-based advocacy group. The laws in Maine and Washington, for instance, have provided information about chemicals in products that wasn’t publicly available before, Belliveau told C&EN.

Industry and advocacy groups, including Belliveau’s, are calling for Congress to modernize TSCA and make it easier for EPA to act on chemicals that pose serious risk to health or the environment. Legislators on Capitol Hill are actively working on doing just that. But a major sticking point for lawmakers is whether states should keep their authority on commercial substances.

Environmental and health activists, joined by a number of state attorneys general and some businesses, want states to retain their existing authority. Democrats, for the most part, agree. On the other hand, chemical manufacturers are calling for TSCA rewrite legislation to override existing and future state laws on commercial substances. Many Republicans back this stance.

Chemical manufacturers are worried about the increasing number of bans that states have imposed on certain substances in products, such as bisphenol A in baby formula cans. But they are most alarmed about laws establishing state programs for chemical regulation, like those in Washington, Maine, and California. They see a growing patchwork of state regulations.

“This year alone, 15 state legislatures have introduced unique chemical regulation proposals,” the American Chemistry Council, an association of chemical manufacturers, told C&EN. Uncertainty about how these wide-ranging state efforts will shake out has ACC troubled. “If enacted, these programs would take varying approaches for identifying chemicals and products that would be potentially targeted for action.”

Sympathetic to the chemical industry’s concerns is Rep. John M. Shimkus (R-Ill.). He is a pivotal player in TSCA reform as chairman of the House of Representatives Energy & Commerce Subcommittee on Environment & the Economy. In late February, Shimkus released a draft Republican bill, not yet formally introduced, to modernize TSCA. It would preempt state chemical laws (C&EN, March 10, page 7).

At a March 12 hearing on TSCA ­reform by his subcommittee, Shimkus said preemption is important because interstate commerce in chemicals must remain unimpeded.

Yet industry representatives testifying at the hearing acknowledged, in response to questioning from Rep. Henry A. Waxman (D-Calif.), that existing state laws don’t currently hinder commerce in chemicals.

For instance, Connie DeFord, director of product sustainability and compliance at Dow Chemical and a proponent of overriding state laws, said, “We’re looking forward to the potential for such laws to have an impact on the flow of interstate commerce compared to where we are today.”

In response, Waxman, the top Democrat on the Energy & Commerce Committee, suggested there might be middle ground for a political compromise. “I can see preempting future laws—but preempting existing laws that can’t be identified as troublesome is a problem,” he said.

A bipartisan bargain on preemption will be a political necessity if Congress is to succeed in rewriting TSCA. Shimkus and Waxman pointed out that while the Republican-controlled House could pass legislation to its liking without support from across the aisle, such a bill would likely go nowhere in the Democrat-majority Senate. In contrast, a House-passed bill with bipartisan support would more likely see Senate action. In the Senate, discussions—which include preemption—to tweak and move a TSCA reform bill (S. 1009) introduced last year continue, but they have yielded no results to date.