The Environmental Protection Agency is in a tough spot when it comes to sharing the data that underpin its regulatory policy. The agency is facing increased requests for access to environmental health data, but it is struggling to scrub the data of personal information to protect the privacy of human research subjects.

Lawmakers say they want the data as part of their effort to end EPA’s use of “secret science”—data sets that any involved parties claim as confidential. EPA is resisting such requests because, the agency argues, it needs to protect the personal health information of the study participants. The debate came to a head last year when Republicans on the Senate Environment & Public Works Committee, as a bargaining chip, blocked the confirmation of EPA Administrator Gina McCarthy. 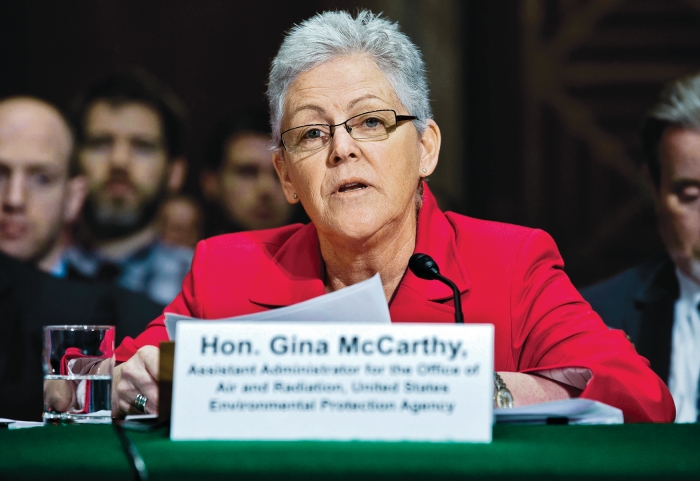 As part of the negotiations to move forward with McCarthy’s confirmation, EPA agreed to develop guidance on how to mask personal information from environmental health studies. It’s been nine months since that agreement, and some members of Congress are questioning why EPA hasn’t delivered on its promise.

In a March 11 letter to EPA Deputy Administrator Robert Perciasepe, Sen. David Vitter (R-La.), the top Republican on the Environment & Public Works Committee, requested an update on the agency’s procedures for cleansing data of personal information.

“EPA’s effort pursuant to our agreement is not a novel undertaking,” Vitter wrote. “As we discussed during the nomination process, the U.S. Department of Health & Human Services recently issued guidelines on how to de-identify medical records in order to implement elements of the new health care law,” he said.

To read about how data-sharing requests are affecting academic freedom, visit http://cenm.ag/epadsr.

EPA is also feeling pressure from some lawmakers in the House of Representatives. Earlier this year, Republicans on the Science, Space & Technology Committee introduced the Secret Science Reform Act (H.R. 4012). The bill would prohibit EPA from developing regulations based on science that is not transparent and reproducible.

Although the legislation is unlikely to make it into law, researchers are concerned because there is no accompanying requirement for industry to make its data public. Privately funded research results are often kept out of the public eye because industry claims that the data are confidential business information (CBI).

The problem has escalated to the point that environmental health researchers are worried that the increased pressure on EPA to release confidential data will have a chilling effect on their ability to recruit human study subjects in the future. They also say it could deter international researchers from collaborating with U.S. scientists because of the fear their data will be subpoenaed by Congress or the courts and used for adversarial reasons.

The severity of the problem was revealed last month during an Institute of Medicine workshop on data sharing in environmental health research involving human subjects. Researchers expressed concern that various industry-funded groups are trying to reanalyze and reinterpret data from federally funded studies, not because they are trying to advance science, but because they want to delay regulations or influence public opinion.

STRIKING A BALANCE
[+]Enlarge
EPA is struggling to share data it uses in policy making without violating confidentiality requirements. 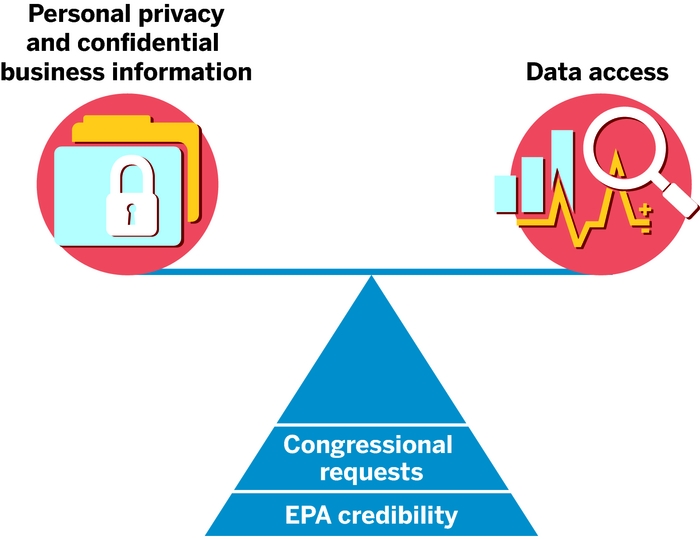 In 2008, for example, the Association of Battery Manufacturers requested data related to the effects of lead on the IQ of children. In that case, EPA ruled that because the research it relied on to develop air quality standards for lead was funded by EPA, the data should be made publicly available. Despite objections from the researcher, who had signed data transfer agreements to protect the privacy of the study participants, EPA took the hard drive containing the lead data from Cincinnati Children’s Hospital Medical Center and made it public.

Another example, although perhaps less compelling because it did not involve human subjects, was a request for raw data made in 2003 by the industry-backed Perchlorate Study Group. In that case, EPA handed over animal brain images and contractor reports from an experimental study involving perchlorate, a chemical used in making rocket fuel.

Over the period 2002–12, EPA faced 79 data requests from various stakeholders, but only the lead and perchlorate requests were for raw data, says Lynn R. Goldman, vice chair of the workshop and dean of the School of Public Health & Health Services at George Washington University. The requests were made under a 2001 law called the Data Quality Act, which requires EPA to be transparent about the data it uses in decision making.

EPA is now facing another request for raw data—this one from Senate Republicans on the Environment & Public Works Committee. The committee wants the data underlying two key studies used by EPA to develop clean air standards. The studies, which linked air pollution and mortality, are the Harvard Six Cities study published in 1993 (N. Engl. J. Med, DOI: 10.1056/nejm199312093292401) and an American Cancer Society study published in 1995 (Am. J. Respir. Crit. Care Med., DOI: 10.1164/ajrccm.151.3.7881654). More than a half-million U.S. residents were enrolled in the latter study.

EPA has received dozens of requests for information, but only a few for raw data.

1999 Shelby amendment requires federally funded research data to be made accessible to the public under the Freedom of Information Act.

2001 Data Quality Act (DQA) requires executive branch agencies that provide “influential scientific, financial, or statistical information” to “include a high degree of transparency about data and methods to facilitate the reproducibility of information by qualified third parties.”

2002–12 EPA receives 79 requests filed under DQA; two of the requests are for raw data.

2003 EPA provides access to animal brain images and contractor reports from an experimental study on perchlorate in response to a request for raw data from the Perchlorate Study Group, an industry-supported group.

2008 EPA rules that data relied on for the development of air quality standards for lead must be made available pursuant to the Shelby amendment. EPA takes a hard drive from Cincinnati Children’s Hospital Medical Center containing the data in response to a request by the Association of Battery Manufacturers.

2014 Republicans in the House of Representatives introduce the Secret Science Reform Act (H.R. 4012), prohibiting EPA from proposing, finalizing, or disseminating regulations or assessments based on science that is not transparent or reproducible.

The problem is these studies were conducted long before data sharing was the norm. Unlike in current studies that can require data sharing as part of the informed consent, participants in these older studies did not agree to have their personal data made widely available.

Environmental exposure data are particularly problematic because much of the data are geographically based. “Once you know where somebody lives and that they died on a certain date, it is pretty easy to figure out who they are,” says Daniel Greenbaum, president of the nonprofit Health Effects Institute, which specializes in research on the health effects of air pollution. The reason so much attention is paid to studies like these is because “there are incredible policy and economic stakes involved,” Greenbaum says.

The chemical industry has long seen the commercial value of data and is just beginning to grapple with the concept of data sharing, says Greg Bond, adjunct professor of environmental health at the University of Michigan School of Public Health and chair of the Dow Masters Fellowship Program. Exclusive use of data by those who conducted the studies prevents free riders and helps “preserve the incentive for companies to invest in innovation and research,” Bond notes. Even so, he says, greater transparency is needed to build more trust in the industry.

To that end, the chemical industry has numerous initiatives under way to make the amount of information available on its products more accessible, says Bond, who is currently on loan to the University of Michigan from Dow Chemical, where he most recently served as corporate director of product responsibility. But, he adds, “I would say we prefer to share robust summaries rather than raw data.” These summaries include information on product labels and material safety data sheets.

Whether such summaries will be sufficient to please policymakers and the public remains to be seen. But participants at the Institute of Medicine workshop pointed to the recent chemical spill in West Virginia involving crude 4-methylcyclohexanemethanol as a reason why data summaries are not enough.

The safety data sheets did not have all the information people needed and wanted, says Linda S. Birnbaum, director of the National Institute of Environmental Health Sciences. “I understand the industrial concerns and CBI. We have to get past that and realize that people are entitled to know what’s in their products or what spills into their rivers.”

Momentum to share and reanalyze environmental health data is increasing at a rapid pace, but budgets are flat and such efforts are expensive. “The costs and the effort to reanalyze data are huge,” Birnbaum notes. She and others at the workshop questioned whether the recent push to reanalyze influential data is worth the time and resources.

EPA is also finding it costly to develop a data-sharing plan for the research that it funds. Such plans are required under a White House directive issued last year. EPA was late in submitting its plan, says Jerry Blancato, who is leading the effort within EPA’s Office of Research & Development.

Data-sharing plans were due last August from all federal agencies that annually fund at least $100 million in research. EPA is now revising its plan to deal with issues such as confidentiality of study participants. The problem, Blancato says, is that agency budgets are not increasing to cover the costs of developing such plans.