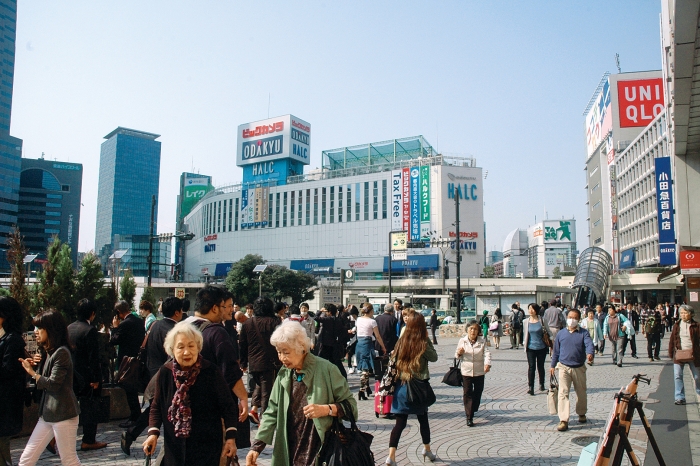 Credit: Jean-François Tremblay/C&EN
As Japan’s population ages, the government is promoting the use of generic pharmaceuticals to counter rising medical costs.

An aging population and a financially pressured health care system. These challenges for Japan are opportunities for foreign suppliers of pharmaceutical ingredients and manufacturing services.

This was a key message from exhibitors at CPhI Japan, a drug ingredient trade fair that took place earlier this month in Tokyo. Health care costs are rising as Japan’s population ages, and foreign companies are being welcomed to help reduce what the Japanese pay for pharmaceuticals, exhibitors said. But they also warned that signing up new clients requires patience and that the country’s quality requirements are unique in the world.

“An older population requires more pharmaceuticals,” said Hans-Joachim Rohe, president of the Japanese unit of Catalent, a supplier of gelatin capsules and other drug formulation technologies. Over the next 10 years or so, 6 million more Japanese citizens will be over the age of 65, Rohe noted. And in part because of this aging population, the value of Japan’s drug market will grow from about $100 billion today to as much as $130 billion by then, he said.

Already well established in Japan, Catalent is further increasing its presence in the country. The company is adding staff and development labs at its gel cap plant in Kakegawa, southwest of Tokyo, to establish local capabilities for its Zydis fast-dissolving pill technology. At the moment, the Zydis business operates out of facilities in the U.K. and the U.S. The new capabilities will support Japanese firms making drugs for local sale as well as for global distribution.

The Japanese government is the main architect of the hospitable reception that foreign suppliers of drug ingredients and manufacturing services are enjoying in Japan these days. A regulatory change implemented in 2005 now allows the sale in the country of drugs that are made abroad in part or in whole. Prior to the change, companies selling drugs in Japan needed to make them in Japan.

The government adopted the new rule in the hope that it would help contain the cost of pharmaceuticals sold in Japan, which is mostly paid by taxpayers, Rohe explained. Under the national health care system, patients can decide to fill their prescriptions with brand-name drugs or generic ones. But whichever they choose, the government pays for 70% of the bill for patients younger than 70 and 90% for older patients, explained Tomoyoshi Kajiura, manager of pharma ingredients and services at BASF.

Thanks to this largesse, Japanese patients tend to buy brand-name drugs. At present, only about 45% of the drugs sold in Japan, by volume, are generics, according to Takeshi Hishikura, director of international affairs at the Japan Generic Medicines Association. By 2017, the government wants to increase the proportion to 60%. The government’s enthusiasm for generics, Hishikura noted, will not necessarily benefit Japanese generic drug companies, which now face increased competition from foreign-based manufacturers.

But the promotion of generic pharmaceuticals and the opening of the door to foreign manufacturers are having a positive effect on ScinoPharm, a Taiwanese manufacturer of custom pharmaceutical ingredients. “Our sales to Japan have been doubling every year,” said Jo Shen, the firm’s chief executive officer. Last year, they were $11 million of ScinoPharm’s total sales of $170 million.

“We’re concentrating our effort here,” said Portia Lin, ScinoPharm’s vice president of sales and marketing. Although the pharmaceutical market is relatively flat in the U.S. and Europe, it is growing in Japan. The company, she noted, is setting up a subsidiary in Japan that will enable ScinoPharm to fully deal with regulatory issues without going through a local Japanese agent. 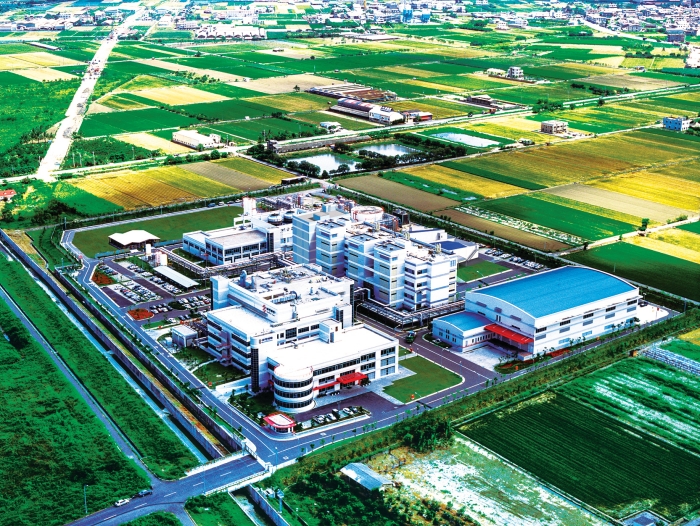 One challenge in Japan, according to Lin, is coming to terms with unexpected quality requirements. For example, to counter the public’s negative perception of generics, some Japanese generic drug firms are requesting active pharmaceutical ingredients that contain fewer impurities than the ingredients in the competing product sold by the originator, she said. As a result, Japanese customers of ScinoPharm often agree to pay for an extra purification step.

In general, Japanese customers are extremely concerned about quality, confirmed BASF’s Kajiura. “We have to make our colleagues outside Japan aware that customers here care about damaged boxes or ink blotches on labels,” he said. “It’s not a frustrating market, but it’s a demanding market from a quality standpoint.”

Yet, more often than not, what may seem like unfounded customer concerns are actually government regulations, he said. And because of BASF’s familiarity with global standards, the firm is able to provide information to Japanese government officials about what is acceptable in the rest of the world and help them harmonize with it. “A lot of our sales work consists of informing our customers and the government about what world standards are,” Kajiura said.

Despite its quality challenges, Japan’s drug market is a buoyant one for BASF, particularly for active pharmaceutical ingredients and excipients used in generics, Kajiura said. BASF’s appeal to Japanese customers lies in the reliability of its global network and its technical know-how. “When it comes to generics, Japan is most concerned about the reliability of supply,” he said.

Business in Japan is tougher for firms serving mainly R&D-oriented companies that develop patented drugs. “It’s not easy to get an active pharmaceutical ingredient project from an innovator company,” acknowledged Daisuke Tanaka, manager of custom manufacturing at Lonza Japan. Those companies, he said, may source advanced intermediates from foreign suppliers but prefer to perform the last few synthesis steps in-house.

Still, Lonza and other custom drug makers can find business opportunities in areas where Japan is weak. Whereas Lonza has a long track record in peptide drug manufacturing, few Japanese companies have much expertise in that area, according to Tanaka.

Managers at Hikal, an Indian supplier of manufacturing services to innovative pharmaceutical and agrochemical firms, have a similar story to tell. Their Japanese customers from the drug industry also prefer to buy advanced intermediates instead of final active pharmaceutical ingredients. But it’s a different story for agrochemicals.

“Our pilot plant for agrochemicals is fully booked by Japanese clients for the next six months,” said Peter Nightingale, Hikal’s president of R&D. Overall, Hikal’s business in Japan is split evenly between agrochemicals and pharmaceuticals, he reported.

It takes a huge commitment of time and effort to develop business in Japan’s pharmaceutical industry, foreign exhibitors at CPhI cautioned. Typically, Japanese customers start placing orders only after numerous rounds of meetings over months or even years. “I invest a lot of time because Japanese prospects are long-term bets,” said Hari Chara Raju, a business development manager at Hikal. ScinoPharm CEO Shen recalled being frustrated that initial forays in Japan were marked by inertia.

And yet, even if they do not show it, the Japanese have extended the red carpet to foreign companies. For instance, in Japan’s generic pharmaceuticals market, foreign suppliers of ingredients and finished drugs are viewed as the only way to bring down costs.

Hishikura, of the Generic Medicines Association, noted that the Ministry of Health reviews the prices of generics every two years and often lowers them, even if production costs in Japan haven’t gone down. “Without foreign suppliers, we cannot reduce our costs,” he said.

Business
Running out of capacity at WuXi’s manufacturing arm
Business
Japan’s generics market challenges foreign API makers
Business
WuXi Sets Its Sights On Pharmaceutical Manufacturing
Share X
To send an e-mail to multiple recipients, separate e-mail addresses with a comma, semicolon, or both.
Title: Flocking To Japan
Author: Jean-François Tremblay
Chemical & Engineering News will not share your email address with any other person or company.