Teaming Up To Promote Diversity 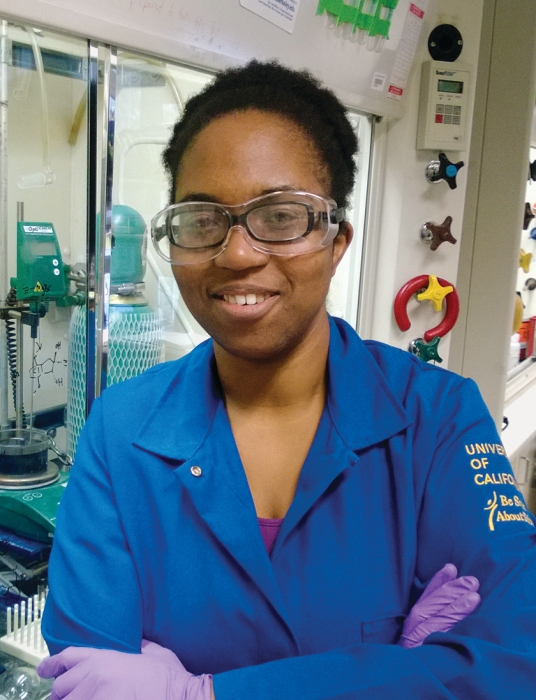 It’s a decades-long problem that many academic institutions face: how to increase the number of underrepresented minorities in faculty positions in the science, technology, engineering, and mathematics (STEM) fields.

The alliance “draws on the expertise of four prestigious universities to generate a new model for educating minority STEM graduate students and postdoctoral fellows, which will ultimately lead toward increasing the diversity of academe and the broader STEM workforce,” says NSF Program Director Mark H. Leddy, who leads NSF’s Alliances for Graduate Education & the Professoriate program.

“These are institutions that are accustomed to competing with each other, but in this particular case, we felt that these are problems we could solve better together than in competition,” says Mark A. Richards, dean of the Division of Mathematical & Physical Sciences at UC Berkeley and one of the principal investigators of the alliance.

“We’ve made little progress over the past few decades in increasing the representation of underrepresented individuals in our faculties,” says Robin L. Garrell, vice provost for graduate education and a professor of chemistry and bioengineering at UCLA. She is another principal investigator of the alliance.

Garrell notes that even though UCLA’s chemistry and biochemistry department has improved its gender diversity, with women accounting for 13 of its roughly 50 faculty members, the department continues to lack racial diversity. “Since the early 1990s, we haven’t budged from having one African American faculty member,” she says. “We now have two Latinos.”

“We see a disproportionate attenuation of underrepresented minorities as you go from undergraduate to graduate to postdoc to faculty positions,” Garrell says.

SHARING
[+]Enlarge
Credit: Courtesy of Sidney Hill
Wilkerson-Hill (left) and Glenn exchange experiences during the retreat at Stanford in April. 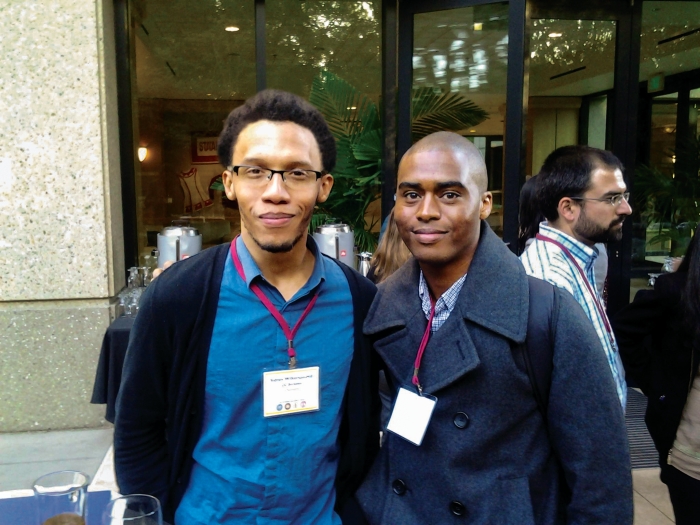 Credit: Courtesy of Sidney Hill
Wilkerson-Hill (left) and Glenn exchange experiences during the retreat at Stanford in April.

The alliance has created a STEM postdoc program, and applicants to this program will be considered for postdoc positions at all four institutions. In addition, funding is available for grad students and postdocs at an allied university to travel to the other three universities to learn about different research labs and explore collaborations.

The alliance will also help match mentors with mentees. Other activities include professional development events such as joint symposia and workshops.

One of the consortium’s first activities was a retreat, held at Stanford last month. Sidney Wilkerson-Hill, a chemistry graduate student in Richmond Sarpong’s group at UC Berkeley, says the retreat helped connect him with mentors and explore possibilities. “It was really helpful just to see that there are people like me out there,” he says. “I got to connect with underrepresented groups at these institutions and understand how they got to where they are and use them as a resource to decide what my next step is.”

Mentorship can play a significant role in helping underrepresented minorities stay focused on their career path. Weslee Glenn, a chemical engineering postdoc in David A. Tirrell’s lab at Caltech, says it’s been difficult sometimes to remain optimistic about his goal of becoming a tenure-track faculty member. “I considered changing career paths at several points during graduate school,” he says. “I felt like becoming a professor might be too difficult, especially given the current funding climate, and I often felt like an impostor.”

If it weren’t for his mentors, he says, he might have transitioned out of science. “Having mentors who really believe in you and who offer thoughtful and wise criticism can help get you to that next level,” he says.

Jessica Kisunzu, another chemistry graduate student in the Sarpong group whose goal is to become a chemistry professor, offers a similar sentiment. “When you’re a minority in a group, oftentimes you feel like you have to prove that you belong there. When you’re able to connect with people who show you that you do belong there, that takes some of the load off.”

“The more you can get underrepresented students out there, build their confidence, and make them feel like they belong to the club, the more likely they’re going to persist, particularly into faculty positions,” Richards says.

Wilkerson-Hill anticipates that this model will spread: “I hope more academic institutions implement a model where they’re working together to try and address this problem of lack of minorities in the sciences.”

Diversity
Faculty, this is our time to be students
Career Tips
Zoomed out? Here’s how to manage expectations
Careers
Career Ladder: Joyce Nethery
Share X
To send an e-mail to multiple recipients, separate e-mail addresses with a comma, semicolon, or both.
Title: Teaming Up To Promote Diversity
Author: Linda Wang
Chemical & Engineering News will not share your email address with any other person or company.