Help is on the way for academic helium users still buffeted by shortages and wild price swings of the gas. With the aid of a federal government agency, the American Chemical Society and the American Physical Society (APS) have joined forces to start a pilot group-purchasing program aimed at leveraging the collective buying power of a dozen or so researchers at U.S. public and private chemistry and physics departments. 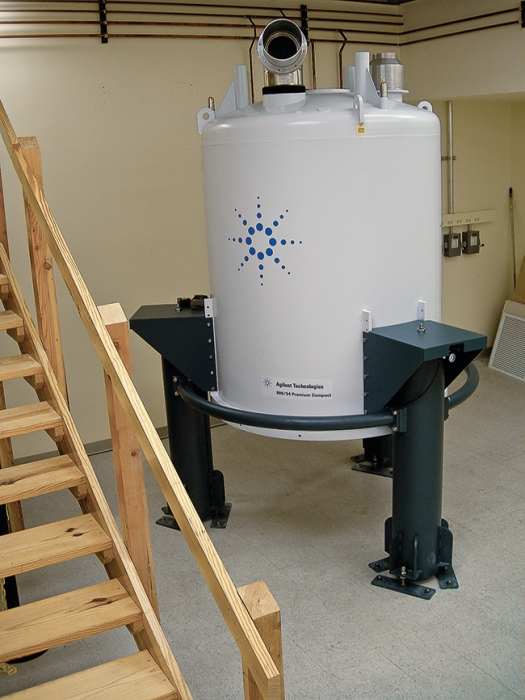 Should it prove successful, federally funded analytical scientists would have a better chance to compete against large industrial users for tight supplies of the element. Success would also mean the program could be expanded to include additional academic helium purchasers seeking more consistent deliveries and better prices.

Analytical chemists depend on helium to cool the magnets of large nuclear magnetic resonance instruments; they also use helium as a carrier for chromatography and mass spectrometry. Physicists depend on helium for low-temperature experiments and to maintain scientific equipment.

Many scientists heaved a sigh of relief last fall when Congress passed legislation to continue selling U.S. government helium reserves, which account for one-third of the global supply. But shortages and price fluctuations, which hurt users as the market anticipated the reserve’s shutdown in 2012 and 2013, continue to plague academic users, says Ryan Davison in the ACS Office of Public Affairs. Demand for helium still continues to outstrip supplies. When Mark Elsesser, a policy analyst at APS, contacted Davison in April about organizing a helium buyers group, Davison was enthusiastic.

A little-used provision in the government’s helium sales program gives federally funded researchers priority in obtaining helium supplies, Elsesser says. But because of paperwork and other complexities, researchers don’t often take advantage of the provision, which sets aside 10% of the helium from reserves for these researchers.

So, Elsesser says, APS reached out to the Defense Logistics Agency (DLA). The government organization, which provides supplies and services to U.S. military forces worldwide, also secures helium on behalf of government defense contractors and a few academic departments. APS, he says, worked out a pilot program to bring more academic departments with federal grants into DLA’s helium contracting program.

Initially, ACS and APS hope to get between 10 and 15 physics and chemistry departments to participate in the program, which is likely to start up next year. Pooling resources with DLA, which has more clout dealing with suppliers, would help small and midsized academic users who sometimes have trouble getting the helium they need at reasonable prices, Elsesser says. “This could be a win for academics,” he adds.

ACS members who would like their departments to join the purchasing consortium can contact Davison by e-mail at r_davison@acs.org.

Instrumentation
Help for helium users is on the way
Instrumentation
Helium shortages will persist
Physical Chemistry
Helium supply program reopens to academics
Share X
To send an e-mail to multiple recipients, separate e-mail addresses with a comma, semicolon, or both.
Title: Alliance Forming To Alleviate Helium Shortage
Author: Marc S. Reisch
Chemical & Engineering News will not share your email address with any other person or company.