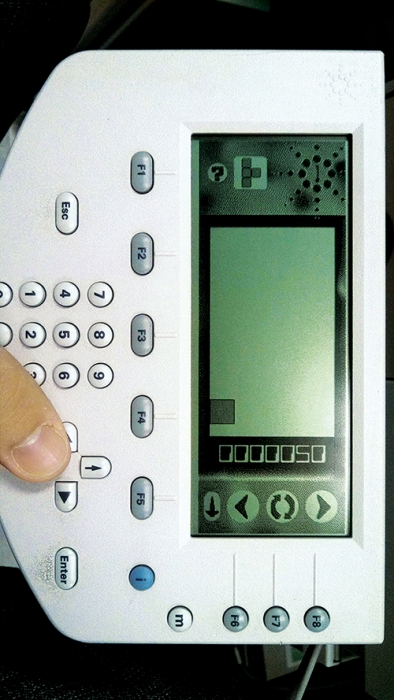 Chemists everywhere know what it’s like to wait for lab instruments to finish analyzing samples. But only a select few have passed the time by surreptitiously playing video games on a high-performance liquid chromatograph (HPLC).

Keen observers on the social news site Reddit recently noted their discovery of “Easter eggs”—in this case, hidden games—embedded in Agilent Technologies’ 1100/1200 series HPLCs. Redditor mleitch explains that simply moving the cursor to the top line of the HPLC control panel, pressing the menu button, selecting “About,” and hitting “Play” launches a version of the 1980s game Tetris.

After hearing rumors about the Easter egg, mleitch and a coworker covertly asked around at his pharmaceutical testing company. “Most had never heard the rumor or had heard the legend but thought it was false,” mleitch tells Newscripts. Finally, the pair happened upon one woman who knew the code. As far as mleitch knows, he’s one of four people at his thousand-person company who knows about the hidden game. “Since we don’t want our bosses to find out that we waste time, we’re pretty restrictive about who can know.”

Redditor tebqueen also points out that typing “Hobbit” into the initial screen of the same Agilent HPLC instrument causes a games menu to appear, with a version of Space Invaders.

The Newscripts gang reached out to Agil­ent to see what it had to say for itself. “Having fun at work is a good thing—especially when the work is difficult,” says Helmut Schulenberg-Schell, director of business development for Agilent’s Liquid Phase Separations Division. “Fun at work drives innovation, and we are proud of our engineers’ creativity.”

On behalf of chemists everywhere, we’re proud of you too, Agilent.

Foodies in Portland, Ore., are no strangers to waiting either.

“What I’ve found most surprising is how long people are willing to wait for liquid-nitrogen ice cream,” says Eric West, founder of Mix ‘n’ Match Ice Creamery in Portland. He and his wife, Genevieve, are capable of whipping up customized liquid-nitrogen ice cream concoctions in the time it takes to make a latte. “But when there’s a line of people and we’re quoting 20-minute wait times, I’m always shocked that they’re happy to wait,” West says. 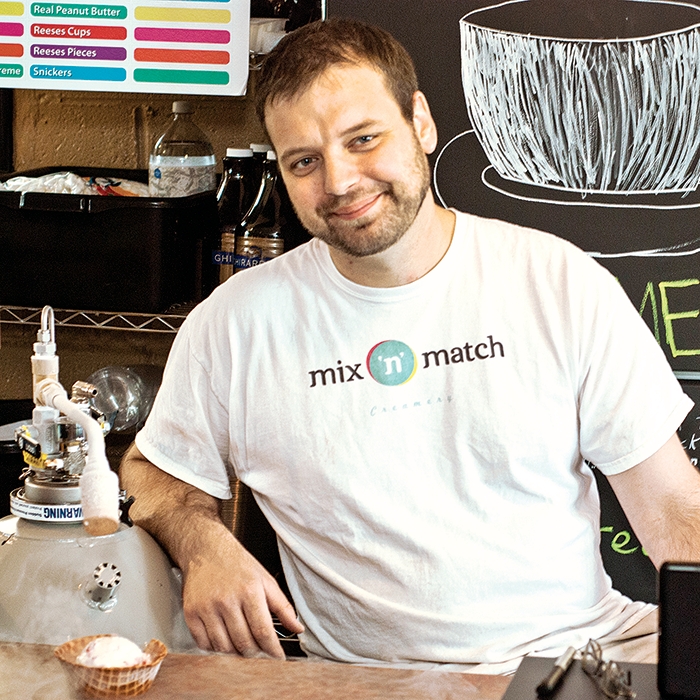 Perhaps it should come as no surprise that Portlanders—once ranked by Budget Travel as having the world’s best street food—are willing to wait for freshly made grub. Liquid-nitrogen ice cream is especially popular because of its creamy consistency. Freezing the ingredients quickly makes for smaller ice crystals and therefore a smoother texture. Mix ‘n’ Match’s popularity helped it grow within a year from being one of Portland’s 400 open-air food carts to becoming a bricks-and-mortar store in the nearby town of Milwaukie.

Genius entrepreneurs, they are. Chemists, they are not.

“My background in ice cream is that I eat it,” West says. “I learned about ice cream from reading Ben & Jerry’s book, and we just did a lot of research.”

Despite not having a formal chemistry background, the Wests are keen on “lab” safety. “While there are dangers in working with liquid nitrogen,” the couple admits, “we approach it with the same healthy respect as if we were working with really hot oil at a fast-food restaurant.”

Although they are safety-oriented, this creative Portland couple hasn’t gone stodgy. On their website, mixnmatchcreamery.com, they describe their enterprise as “Ice cream just like Grandma used to make ... if Grandma was a space monster capable of shooting liquid nitrogen out her tentacles.”

Now there’s an advertisement for science.