[+]Enlarge
Credit: Shutterstock
Keep it clean: Not so easy for cloth diapers. 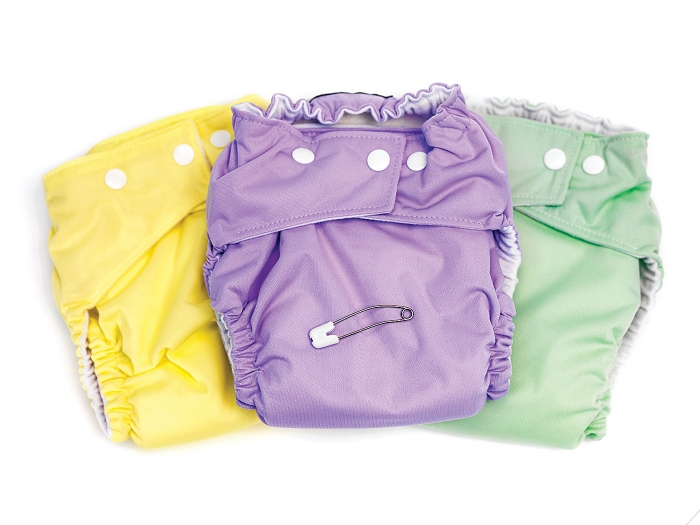 Credit: Shutterstock
Keep it clean: Not so easy for cloth diapers.

After a long, cold winter, it seems like babies are everywhere. There have even been a few born to staffers here at C&EN, so the Newscripts gang decided to help out the new parents in our midst by wading into the surprisingly intense debate on cleaning cloth diapers.

The argument centers on detergent residues left behind on a diaper after it’s been washed. Some additives, such as perfumes and color-brightening fluorescent dyes, are designed to stick around. Others, such as gels, thickeners, and enzymes, are meant to rinse away but can persist after washing.

Some parents worry that the additives might affect how well a diaper absorbs waste. Another concern is that residues might cause diaper rash and bad—or worse—smells in the warm, moist, and sometimes nitrogen-rich conditions in a diaper.

Pat Slaven, a research engineer specializing in laundry at Consumer Reports, says that dyes decrease the absorbency of cotton by less than 1%. But fabric softeners can have a big effect. In tests on bath towels, liquid fabric softener reduced absorbency by around 20%. Dryer sheets still add hydrophobic waxes to the cloth, Slaven says, but they aren’t as bad.

Charles Taylor Sutherland III is the owner of Charlie’s Soap, a laundry detergent brand that is popular among folks concerned about laundry residues. His liquid product contains fewer ingredients than other detergents: sodium carbonate to maintain a basic pH, a suite of C12–C15 fatty acids that serve as the detergent, and water.

The ammonia stink on a diaper comes from microbes that aren’t removed during washing, not from urine interacting with detergent residues—a popular myth, Sutherland says. Detergents with perfumes cover up the smell for a while, so parents don’t know they have a problem until it’s a bad one, he adds.

Diaper rash is multifarious. Sutherland says that digestive acids from the waste as well as proteases and lipases added to detergents to help break down dirt can damage skin with prolonged contact. Shirley Murdock of cloth diaper maker Bummis claims that any detergent not completely rinsed out is a potential skin irritant. Her company recommends simple but effective products such as Charlie’s and compiles them in a list on its website (http://goo.gl/tSYSjj).

All three diaper laundry experts agree that a thorough wash cycle with an extra rinse is the best route to a happier baby and a less odious laundry day.

What comes out had to have gone in at some point. And parents fret a lot about what to feed their babies.

[+]Enlarge
Credit: Shutterstock/C&EN
Donkey’s milk: Nutritionally similar to human milk, it could be the next fad. 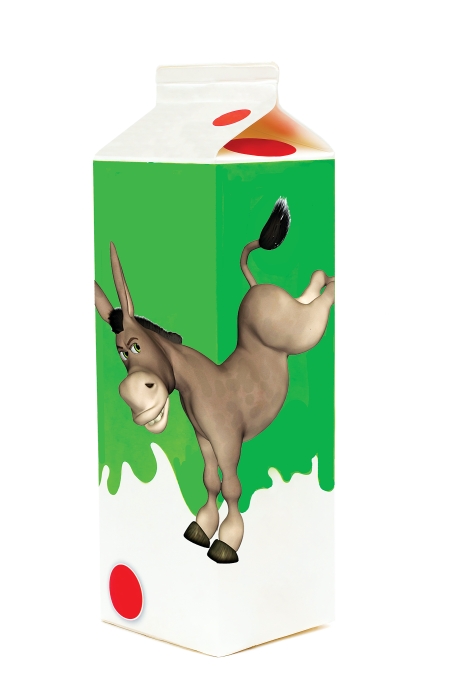 Credit: Shutterstock/C&EN
Donkey’s milk: Nutritionally similar to human milk, it could be the next fad.

Imagine the frustration a parent might feel hunting down donkey’s milk for a child allergic to cow’s milk, only to find out that it’s been adulterated—with cow’s milk. Rosa Pizzano and Elisabetta Salimei of the Institute of Food Science, in Italy, are going after perpetrators of this asinine crime with two analytical methods that detect small differences between casein proteins in donkey’s and cow’s milk.

The first method, isoelectric focusing, separates molecules in an electrophoresis gel by the pH at which they have neutral charge. Patterns on the gel matching those made by cow’s milk betray the presence of the bovine adulterant. For the second method, the team identified a 28-amino-acid stretch of a casein unique to cow’s milk and developed an immunological antibody to recognize it. They then ran an enzyme-linked immunosorbent assay (ELISA) test, which flags bound antibodies with a color change, to determine whether donkey’s milk has been adulterated (J. Agric. Food Chem. 2014, DOI: 10.1021/jf5025533).

With the ability to detect cow’s milk at 5% and 0.5%, respectively, the two methods could help set the stage for a surge in donkey’s milk popularity.