Codexis Returns To Its Pharma Roots

Looking ahead, biocatalyst developer sees more promise in pharma than in biobased chemicals 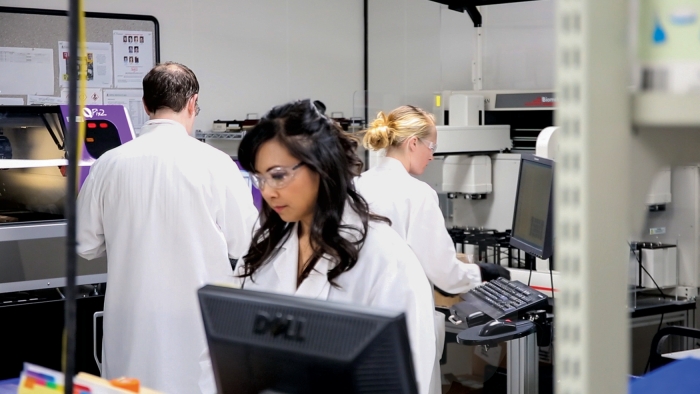 A lot of small biocatalyst companies have come and gone, but 12-year-old Codexis has endured and even acquired three of them. It has also outlived its parent, the protein pharmaceuticals firm Maxygen, which created Codexis as a spin-off in 2002 and later went out of business.

That’s not to say Codexis hasn’t had its setbacks. After an unsuccessful detour into biofuels and biobased detergent alcohols, it has been on a route back to its roots in pharmaceuticals and other fine chemicals. More than 12 months along, the move shows promise of working.

The firm’s nine-month 2014 revenues were $21 million, down from $22 million in 2013, but it reduced its net loss to $19 million from $31 million by trimming R&D spending and headcount. Its revenues come from sales of research and bulk enzymes, R&D programs with customers, and fees for access to its technology.

Codexis’s detour began in 2006 when it entered an agreement with the oil giant Shell to develop biocatalysts for ­biofuels. Over the years, Shell put more than $250 million into R&D at Codexis. But the oil company pulled out in 2012, forcing Codexis to lay off more than 130 scientists.

In 2013, Codexis agreed to supply an intermediate for a Novartis generic drug. It also entered a revenue-sharing pact with Exela Pharma Sciences for the anticoagulant argatroban. This year, Codexis set up enzyme supply agreements with a major chemical firm and a European generic drug maker.

In perhaps its most notable recent deal, in July Codexis licensed its core CodeEvolver technology for developing and optimizing biocatalysts to Glaxo­SmithKline. It’s the first time it has ever granted such broad technology access to another party in the health care field.

“It’s a very different model than anything we’ve done in the past,” says Greg Hughes, vice president for business development at Codexis. “Here we’re going to enable a partner to do for themselves what we have historically done.”

In exchange for nonexclusive rights, GSK will pay $6 million up front and up to $19 million for technology transfer milestones. Codexis could also receive payments of up to $39 million per successful GSK project as well as potential royalties. Eventually, Codexis hopes enzyme supply agreements will emerge with GSK.

During the two-year tech transfer and training period, GSK will have the right to use any new developments; Codexis will still own the processes and methods. “Our goal is to manufacture small molecules more efficiently and sustainably, and this platform will assist us to do that,” says John Baldoni, GSK’s senior vice president for platform technology and science.

Later on, if GSK develops new reaction platforms, Codexis may use them to support its internal programs or offer them to the chemistry community, according to Hughes. “The work with GSK does nothing to prevent us from pursuing interactions or relationships with other pharmaceutical companies or companies in other industries.” In fact, Codexis even envisions entering similar tech transfer agreements with other companies.

Codexis already has a long-term process development partnership with Merck & Co., which was recently extended to 2015. It has sold enzymes to 15 of the top 20 drug firms and has service agreements with seven of the top 10. Codexis also supplies enzymes to several custom manufacturers, including DSM Pharmaceutical Products, now part of DPx, and Albany Molecular Research Inc.

Today, Codexis’s biggest customers are Merck, Novartis, Exela, and, soon, GSK. That’s a big change from 2012, when 51% of its $88 million in revenues came from Shell. In August, Codexis revised its financial guidance for 2014, estimating that revenues would be up about 15% to around $37 million. Moreover, it expects to have a positive cash flow and not have to spend any of its limited cash reserves.

This improved forecast reflects Co­dexis’s “transformation into a leaner company that specifically serves the biocatalysis needs of the pharmaceutical drug manufacturing industry,” says Jerry Isaacson, an analyst at LifeSci Advisors who follows Codexis.

That said, “an investment in Codexis is considered to be speculative,” Isaacson told clients in a recent report, since biocatalysis is not the established method for making small-molecule active pharmaceutical ingredients (APIs). However, LifeSci Advisors estimates that the drug industry spends about $140 billion per year to make APIs, of which about 30% could be made at a lower cost using biocatalysis.

Although its recent deals have been with drug companies, Codexis is also looking to apply its biocatalysis expertise in adjacent markets such as food, personal care, and flavors and fragrances. “Any place where we can go in and solve complex chemistry problems with biocatalysis is an attractive opportunity,” Hughes says.