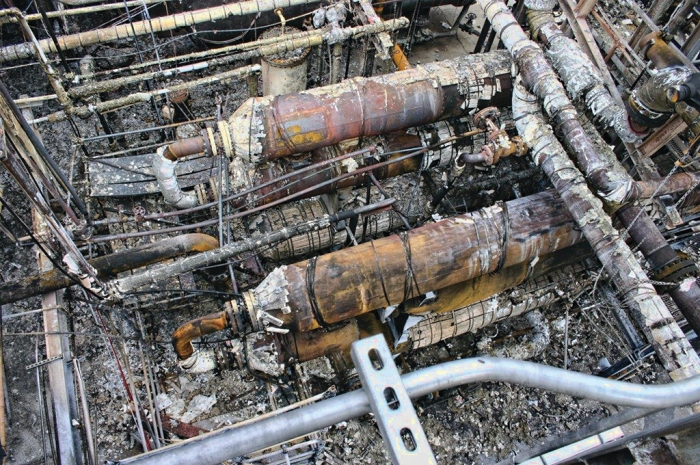 A deadly fire and explosion in 2010 at the Tesoro refinery in Anacortes, Wash., was triggered by a combination of a pipe rupture, hazardous working conditions, and company complacency toward safety, says a draft report released last week by the Chemical Safety & Hazard Investigation Board. The accident occurred during an equipment start-up, when severely cracked and weakened carbon steel tubing at a damaged heat exchanger ruptured. The company, CSB says, had developed a deficient safety culture that accepted hazardous conditions and failed to recognize the need to limit the number of workers involved in hazardous activities. For instance, five workers were added to site operations prior to the accident to manually open a series of long-winded valves that required more than 100 hand turns. All of these workers died, as did two others. CSB recommends wide-ranging regulatory changes for the state and U.S. EPA, as well as greater application of inherently safer design principles to avoid or limit the conditions that led to these deaths.