Old reactors live on, radioactive spent fuel piles up, and pressure builds for overhaul of how this material is managed 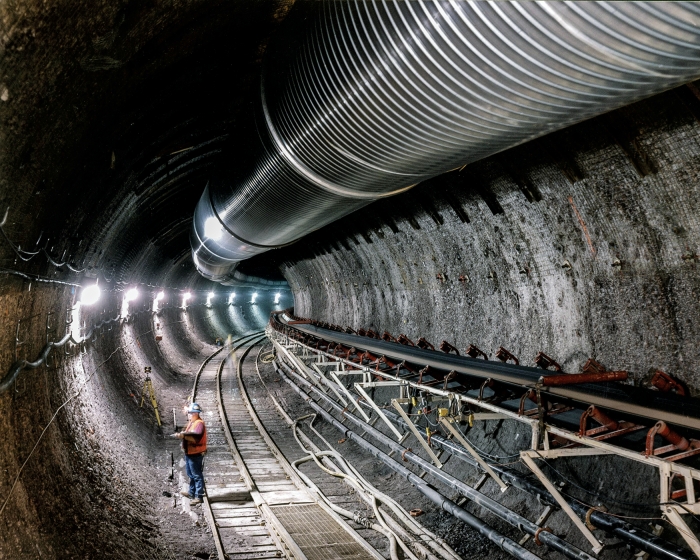 Although the country has profited mightily from nuclear-produced electricity, national leaders have passed laws, written regulations, and criticized one another over radioactive waste storage options. But they have been unable to agree on a solution as to where to house this waste for future generations. This debate is likely to fire up again next month as a new Congress steps into the U.S. Capitol.

The need for a policy and technological overhaul to overcome this nuclear waste impasse was emphasized last month independently by congressional investigators and by the retiring head of the Nuclear Regulatory Commission (NRC).

A report from the Government Accountability Office (GAO), the investigative arm of Congress, lays out the dimensions of the problem. More than 100 reactor sites at some 75 locations in 33 states now hold the waste, it says, although by law the federal government was supposed to take title to it in 1998 and begin moving the waste to a permanent repository. Instead, with no plan or path forward to construct a repository, spent fuel remains next to reactors, with 70% of the waste in 40-foot-deep pools and the rest in dry storage, inside steel-and-concrete casks. The pools are filled to capacity, GAO says. Hence, power plant owners and operators are scrambling to shift additional waste to casks.

The waste accumulates at a rate of about 2,100 metric tons per year. It will continue to do so through the power plants’ projected lifetimes, eventually building up to a total of at least 139,000 metric tons, GAO finds. That’s because nearly all power plants have won approvals from NRC to extend their operations beyond the 40 years initially envisioned for them. Most are green-lighted for 60 years of operation, and many plant owners want to extend the life of their facilities to 80 years if they can gain NRC approval.

But for decades, there’s been too little interest in the disposition of nuclear fuel after it is used, or “spent,” and removed from reactor vessels, complains outgoing NRC Chairman Allison M. Macfarlane. Instead, nuclear fuel, she says, has been “designed to maximize its performance in the reactor.” Macfarlane advocates an integrated approach that takes into account the total nuclear fuel cycle—from uranium enrichment to use to eventual permanent storage.

The front-end focus on fuel’s performance has brought about back-end problems, she says, pointing to the need to repackage spent fuel before it can be transported from reactor sites to storage facilities. GAO also predicts upcoming difficulties with repacking and transportation. Overcoming such challenges becomes more complicated and expensive as the waste builds up at reactor locations, Macfarlane adds.

Macfarlane brings a distinctive perspective to the disposal issue as a past member of the Blue Ribbon Commission on America’s Nuclear Future. That expert advisory panel, formed in 2011 by the Department of Energy (DOE), was charged with determining what to do about nuclear waste in light of President Barack Obama’s 2010 decision to cancel work on Nevada’s Yucca Mountain nuclear waste repository.

These recommendations, however, require congressional action—and that hasn’t happened, Macfarlane and GAO note. The waste continues to build up at reactor sites while Congress is locked in debate over the legality of Obama’s action and whether work on Yucca Mountain should be restarted after spending decades and billions of dollars in studies.

Despite Obama’s cancellation, a federal court has ordered NRC to continue to review Yucca Mountain’s license application. That review, Macfarlane says, “is nowhere near completion.” NRC must address more than 300 formal challenges to the application, with more expected, she adds.

“Without a willing applicant, the NRC cannot pursue the remaining portion of the licensing process” for the Yucca Mountain repository. 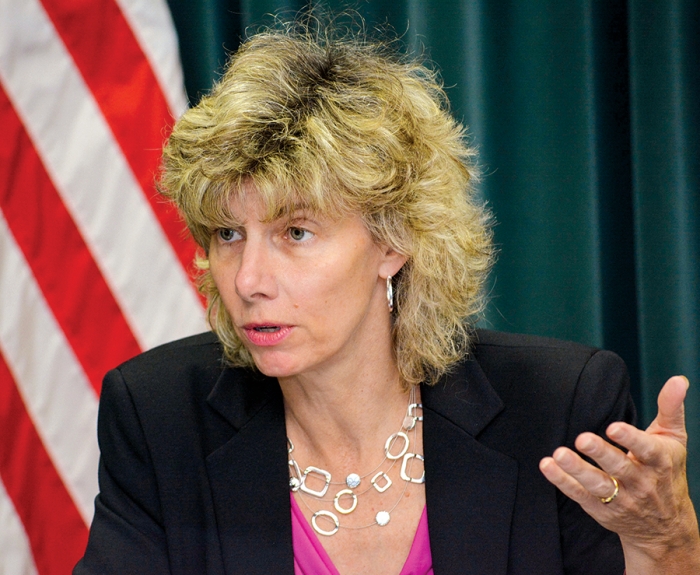 “Without a willing applicant, the NRC cannot pursue the remaining portion of the licensing process” for the Yucca Mountain repository.

“A year ago, NRC was ordered to continue its work,” she says, “and I want to emphasize that DOE and the Administration have been clear that they’re not pursuing a license for Yucca Mountain. Congress hasn’t provided resources for them to do so.” That confounds the situation. “Without a willing applicant, the NRC cannot pursue the remaining portion of the licensing process,” Macfarlane says.

In the meantime, she contends, NRC should develop regulations for a generic, deep geologic disposal standard, rather than one specific to Yucca Mountain. The U.S. will likely need two repositories given the amount of radioactive waste expected in years to come, she adds.

Macfarlane, a former geology professor and expert in waste storage, leaves NRC in January 2015. Her tenure at NRC was brief, less than three years. She is moving to George Washington University to teach and lead the university’s Center for International Science & Technology Policy.

She is urging NRC to stay focused on the future and adapt to changing times. A half-dozen years ago, the commission was gearing up for an onslaught of new nuclear power plant applications and a “nuclear renaissance” that never occurred, she points out. Today, in contrast, the commission is deeply involved in waste issues. For instance, it is considering new regulations specifically for decommissioned power plants. These facilities are currently regulated the same way as operating plants unless NRC provides an exemption, she says.

Like Macfarlane, GAO sees no quick or easy solution to the waste problem. It notes that Congress must act because DOE lacks the legal authority to implement a new waste strategy. GAO also notes that NRC’s licensing process is too lengthy to meet DOE’s proposed timeline. In addition, many technical problems are unresolved, such as issues involving transportation of waste. Finally, without significant improvements and active community outreach, the public will not support efforts to move nuclear waste, GAO concludes.

In the months ahead, the waste debate is likely to begin anew in Congress. With a Republican majority taking over the Senate next month, opponents of the Yucca Mountain nuclear waste repository are losing one of their most powerful allies—Senate Majority Leader Harry M. Reid (D-Nev.). Reid is a staunch adversary of locating the proposed repository in his state. His opposition has been backed by Democrats wielding the gavels in key Senate committees.

But as Sen. Mitch McConnell (R-Ky.) takes over as the majority leader in January, advocates for the Yucca Mountain repository are expected to take over those key posts. They are Sens. Lisa Murkowski (R-Alaska) on the Energy & Natural Resources Committee, Lamar Alexander (R-Tenn.) on the Appropriations Committee, and James M. Inhofe (R-Okla.) on the Environment & Public Works Committee.

On the other side of Capitol Hill, Republican leaders in the House of Representatives have long supported repository funding, particularly Reps. Fred Upton (R-Mich.), chairman of the House Energy & Commerce Committee, and John Shimkus (R-Ill.), chairman of the Environment & Economy Subcommittee. Shimkus’s staff says he will push ahead soon after the start of the new year to provide funding to continue NRC’s analysis of Yucca Mountain’s license application.

Pressure to restart work at Yucca Mountain is not coming only from Republicans. Some Democrats, particularly in states with large stores of radioactive waste, have also urged NRC to move ahead with its review. For instance, Sen. Patty Murray (D-Wash.) recently sent a letter to Macfarlane urging NRC to push ahead with its license review. Washington’s Hanford Nuclear Reservation is home to the nation’s largest stocks of defense-related radioactive wastes, which are eventually expected to go to Yucca Mountain or a new repository. Murray points out that 30 years of independent studies have pointed to the Nevada site as the nation’s best option for a nuclear repository.