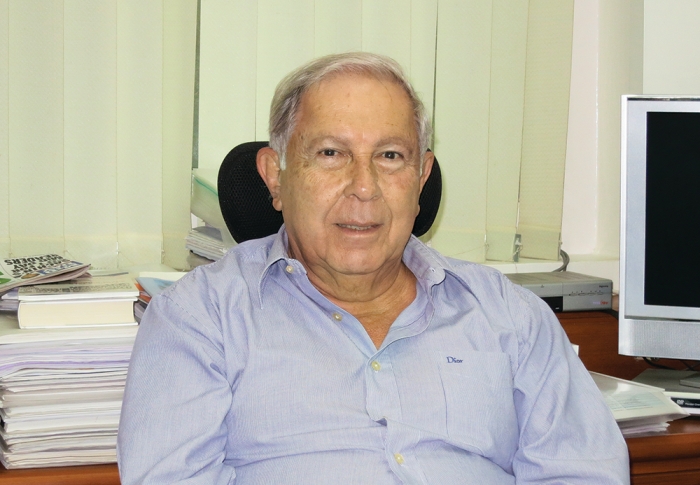 Only a few years ago, the Indian generic drug maker Cipla stood out for its numerous patent disputes with multinational companies. But this year, Cipla is more notable for the deals it has signed with the same companies to license their pharmaceuticals so it can sell them in India and other markets.

For instance, in September Gilead Sciences signed licensing agreements with Cipla and several other Indian firms allowing them to make and sell the blockbuster hepatitis drug Sovaldi in exchange for modest royalties. And in February, Merck & Co. signed a nonexclusive license agreement with Cipla allowing it to sell in India Isentress, a new drug for HIV patients who don’t respond to standard treatments.

Yusuf K. Hamied, who recently stepped down as head Cipla, expects other such deals to follow. It might appear that the company has adopted a more friendly approach in its dealings with big pharma. But rather, the licensing deals are a victory of sorts for Hamied’s ideas. Firmly opposed to pharmaceutical patents, he has long argued that inventors should be rewarded for their discoveries with royalties instead of patent exclusivity.

Hamied became an international figure in 2001 when he offered to supply HIV treatments to international charities for $350 per year per patient, instead of the $15,000 drug companies were demanding. The offer ended up saving hundreds of thousands of African and Indian lives and turned Cipla into one of the world’s largest suppliers of antiretroviral drugs. In recent years, he has contested in India, successfully in all instances, the patents on drugs that are protected by patents in the rest of the world.

Pharmaceutical companies generally protest that they need patent exclusivity, and the high prices that patents make possible, to cover the cost of developing new drugs. When patents are not respected, the burden of financing R&D falls on countries—such as the U.S.—that enforce pharmaceutical patents, drug companies claim.

“U.S. drug pricing is not sustainable,” Hamied counters, echoing the stance of many patient groups in the U.S. “What we did over a decade ago, with HIV/AIDS, it made a lot of people realize that they were taken for a ride.”

Major drug companies have been agreeing to license their drugs to Cipla and other Indian generic firms because it’s a quick and easy way to generate additional income, he says. The deals provide add-on income from secondary markets in which companies such as Cipla have a well-developed distribution system.

Companies that don’t voluntarily license essential drugs should be forced to do so, Hamied argues. India, he claims, has 70 million people suffering from mental illness, 60 million cardiac patients, 60 million asthmatics, 50 million diabetics, and 50 million cases of hepatitis B or C. One-third of its population has latent tuberculosis. “The disease pattern in India is that we’re in a perpetual state of crisis,” he says.

Under world trade rules, countries have the right to adopt laws enabling the compulsory license of drugs during health emergencies. After a drawn-out legal battle, the Indian firm Natco Pharma successfully forced Bayer to license its cancer drug Nexavar in 2012. India should make it simpler to force drug companies to license their products, Hamied argues.

India is showing signs that it might instead strengthen protection for pharmaceutical patents. During a recent visit to the U.S. by Prime Minister Narendra Modi, India agreed to set up a bilateral panel on intellectual property. The threat to India’s current patent regime is remote, Hamied believes; still, he is concerned that India is discussing the issue with the U.S. at all.

Hamied may sound more like a health activist than a businessman, but Cipla is actually a solid business, with profit margins appro­aching those of major Western drug companies. Cipla’s sales in its most recent fiscal year were more than $1.5 billion, up from $385 million 10 years ago. It generated $224 million in after-tax profits, nearly quadruple the figure of a decade ago. And so far, unlike what has happened to many of Cipla’s Indian peers, health inspectors from Western countries have not found major problems at the firm’s manufacturing facilities.

Within the coming 10 years, Cipla’s sales may grow to an eye-popping $5 billion, Hamied predicts, achieved partly by acquiring distributors. In recent years, Cipla has bought its distributors in 11 countries, including Iran, South Africa, and Sri Lanka. In addition, it will enter new markets and increase sales efforts where it’s underrepresented—particularly in the U.S., Hamied says. And of course, he expects Cipla to license more patented drugs.

But Hamied will not be in the driver’s seat if and when Cipla reaches the $5 billion milestone. Now 78, he recently stopped managing the company on a day-to-day basis. In 2012, the company appointed Subhanu Saxena, a former Novartis executive, as its chief executive officer. And Hamied has been grooming his niece, Samina Vaziralli, and nephew, Kamil Hamied, for senior management positions. They are the children of his brother, M. K. Hamied, who is Cipla’s other non-executive chairman.

Still, one of Cipla’s core missions, Hamied hopes, will continue to be selling drugs affordably. “In the health business, you need to be humanitarian,” he says.